Good morning Angels fans, how are you? Yeah, me too. Well, have some links, I guess.

The Angels lost yesterday, despite walking a lot, the offense couldn’t cash in. Not that the pitching helped.

Not that we should expect any better, the Angels are running out of players to put out there. Only 3 starters are left from opening day.

Would explain this though, how each team does vs teams over and under .500.

Any good news? Well, Trout is the Angels nominee for the Roberto Clemente award. Guess he had more time than usual to give back since he physically can’t be on the field. Full list for all of MLB.

The Giants and Dodgers have clinched postseason berths. NL West crown is going down to the wire but they will finish at worst as the WC1… vs who? No one knows because the rest of the NL (besides the Brewers) are a hot mess.

Mariners get 2023 All Star Game. The place formerly known as Safeco is pretty nice.

Do pitching wins matter? Well, someone tried to do the math.

Ryan Braun is retiring. Wait I thought he already did that?

Cody Bellinger is bad. How bad is he? He may break the record for worst BA by a former MVP. That’s worse than no leg Pujols bad! Will he even make the playoff roster?

Who has the most Baseball Reference WAR for each uniform number? Well someone did the math.

This team is a complete shit show. My goodness

Trout expected not to return. Shocker

B bu bu but how will the press (and CTPG) be able to complain about “another wasted year of fantastic Troutball…” with veiled snuffles that he failed to sign back east if he barely played this year?

Oh, wait. We can all just start complaining that his contract is an albatross. Fantastic, that’s solved.

Good Heavens how did all this season come about to end this way? What a mess. Well in 18 games this shit show comes to an end thankfully. Playoffs! Playoffs! Are you kidding me! Hey the first half of this season was fun but all the Band Aids and String and wire and glue couldn’t hold it all together. Maybe next year ( laughing out loud ).

And there it is.

…which means the next picture of Adell we’ll see is him in a full body cast. As for Trout, I’m beginning to wonder about if this injury will be a factor for the remainder of his playing days.

Thinking more like he’ll be favoring the leg for a while, then it will cramp frequently, the inevitable scar tissue will form, and he’ll play his final years running like Kirk Gibson did with the Dodgers.

Yup and win another MVP while leading us to victory in the World Series.

Maybe Shohei becomes the CF and Trouty the DH.

Marsh in CF, then Shohei Trout will be in LF.

Remember when we were all excited about Mike’s contract extension?

we have 18 games left!!!! not 3. 18!!!! Oh well. So personally, I’m left with Fletch, Shohei, Marsh, Walsh to be interested in. I hope everyone does well. I hope Goose, Rengifo, Gold Glove, whoever the pitcher might be all do well but I have no what’s it called? I’m just not excited about them. At this point in the season I have less interest but I’ll stick around “for just this inning” because Shohei will bat, or because Gump will bat.

Fletch, Shohei, Marsh, Walsh……..93.4% certain that at least one or more will see the IL before the end of the season. So sad. Season can’t end soon enough.

Is Gene Watson Perry’s secret pitching guru? And why is this he already leaving?

Maybe………it’s the fact that our minor league system doesn’t have much ability.
I mean all that low end slot money to higher draft picks like Will Wilson and Matt Thaiss catch up with you eventually. Close the book on You Know Who ( My favorite GM ) for not getting us any pitching talent before Reid Detmers ( he clearly isn’t ready ) and only Shohei Ohtani. Even Dan O’Brien wasn’t this damm bad 30 yrs ago. This Quantity over Quality ( see our 2018 draft at HH ) approach is killing us, especially since we have gawd awful player development ( worst in MLB in the 2010’s and not even close either ).﻿ 😭 ﻿﻿ 😫 ﻿

He was KC’s college pitching guru and we drafted a ton of college pitchers. Hopefully his time here was short but productive.

I hope we try to replace him with someone competent (and stable). This is shit has gone on for way too long now.

Honestly, I don’t know how to treat this news. Could be nothing or could be a bad sign. Since Perry’s hire, he’s done little to define any initiatives that he has put in place and help define his organizational structure. Maybe this guy Watson got homesick coupled with a promotion. Or, maybe he was given enough responsibility. It is odd to me that after 1-year, he bails.

He saw the way things work with Arte and once he got it he said to himself silently “I’m out of here.”

When he left KC to join the Angels, it sure didn’t sound temporary.

Or he got on CTPG and was like, “what a bunch of f***ing assholes. they deserve this pitching staff.” and he bailed.

Or he misses tornados as long as we’re just making shit up.

Relax dude. This is all in good fun.

Or at least it is supposed to be.

While charts like the wins v. over/under .500 teams are fun, they are highly volatile and of dubious value.

Also, in the above scenario, the Astros (10-5 v the Angels) shoot off the top of the chart once the Angels become +.500, only to fall right back down when they inevitably push the Angels back below .500 in the upcoming 4-game series.

Also, how does the chart evaluate wins/losses against the Phillies (who are currently exactly .500)? Depending on whether the Phillies are considered above .500, below .500, or not counted at all, there would be some potentially big swings in the chart after every Philly game.

tough to be a fan of shitty teams, always getting crapped on.

Landover, MD is a septic tank, and it’s near a massive cesspool known as Washington DC (aka “Mordor”), so it’s not surprising that FedEx Field spews sewage.

that’s a phenomenal story. I’m adding it to the weekend links. Thanks.

Lovegrove was spending $1,000 a week on alcohol? Whoa – that’s a professional drinking habit right there.

Good on Perry and Montgomery for taking action and following through to make improvements. 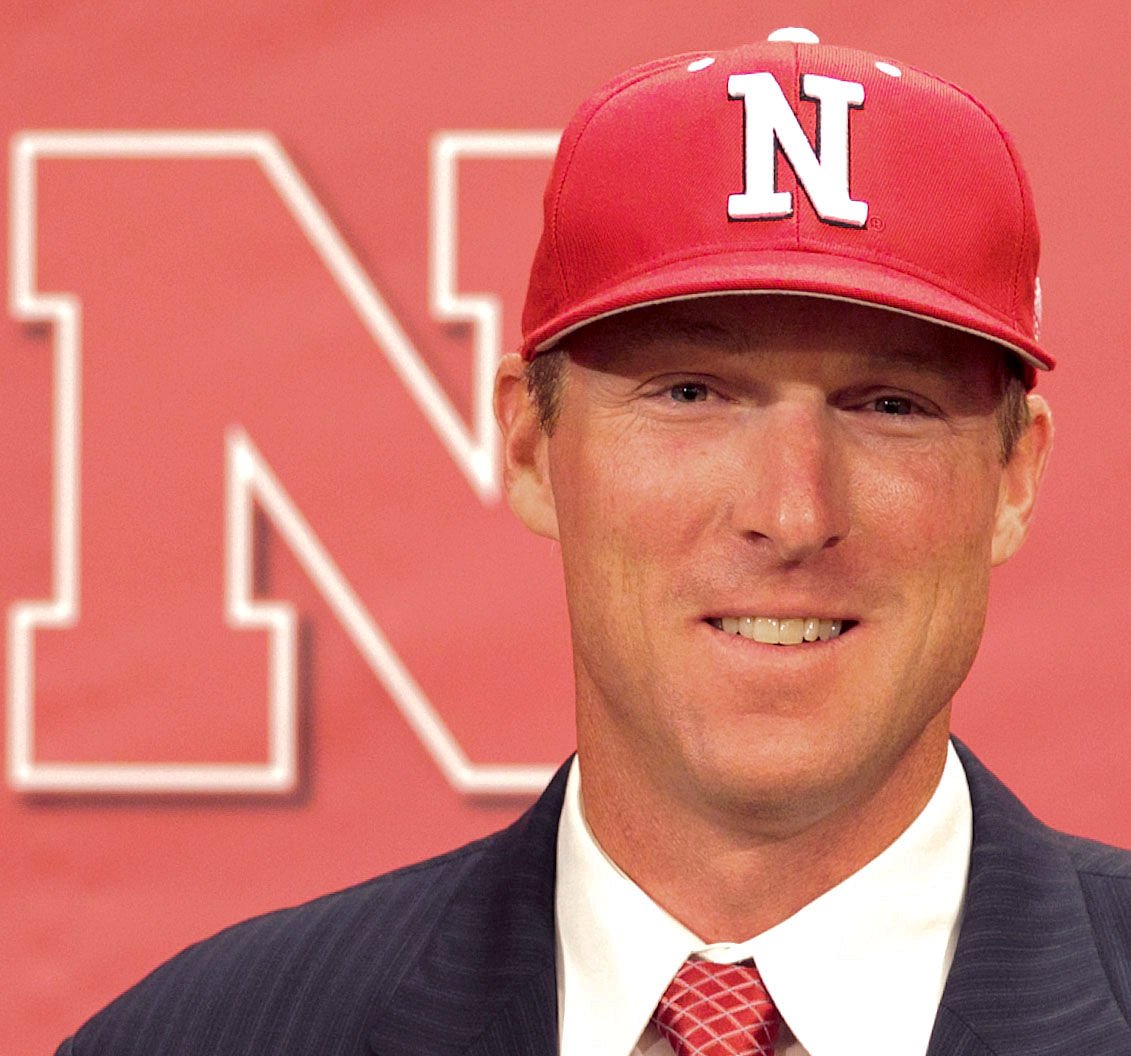 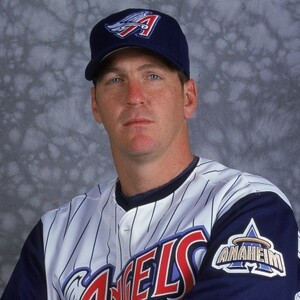 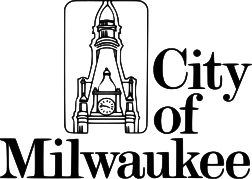 are you suggesting we should have signed Milwaukee? That we missed a good thing when we didn’t sign the town?

I thought it was a “Wheaties” box idea

I’m afraid we get another free agent winter of asking, “Can he pitch?”.

Forging divorce papers and selling the property without your wife’s consent is really dumb, because it’s close to 100% certain your wife will find out and you will be caught. That said, there are a lot of dumb people in the world.

Falsely claiming that divorce papers were forged and property was sold without your consent is really greedy. It’s also really dumb, because the cops aren’t going to find enough evidence of forgery to make a case. That said, there are a lot of really greedy people in the world, and Venezuela has a history of corrupt cops that would take a payoff for false bribery charges.

Just another to let Rengifo try to catch on elsewhere.

Without doing a head count, don’t we have a ton of Venezuelans in our organization?

Very sad to see Venezuela crumble the way it has. Shortages of food, overages of poverty and corruption.

But let’s leave the socialism crack out, please.

fox news is over there
if you hurry you can still catch l kudlow.

What the hell happened to Cody Bellinger? Kid has too much talent to just fall off a cliff like that.

My favorite theory is the one where he stopped smoking in solidarity with his pregnant GF, which changes depth perception.

Ha! Classic glassy stoner eyes. I thought the Doyers could magically fix everything and everyone?

And somehow, eventually, he will find his way to the Angels. The last stop in his attempt to resurrect his career.

Even Kendrys Morales thinks his celebration shoulder injury was stupid.

Only 3 starters remain (in position players), but only one member of the rotation (Ohtani, on both lists, as per usual).

So, essentially our entire pitching staff has been revamped or injured this year. No wonder we aren’t in the playoffs (though I am still happy with the emergence of Sandoval, Suarez, etc.).

There are a lot more reasons than pitching as to why the Angels are not in the playoffs. But injuries to the pitching staff are certainly one of the reasons.

A version of this happens every year. We and the Mets clearly have organizational problems managing pitchers.

The starting rotation in 2020 was Bundy, Heaney, Canning, Ohtani, Andriese and Sandoval. Teheran and Suarez started on the IL. No starting pitcher ended up injured ‘for the season’. No one was demoted or cut (though maybe Andriese or Teheran deserved it).

Sure, most teams have injuries each year. It is not typical (even for the Angels) to have the entire rotation turn over.

Reminds me of 2003. I seem to recall a game in September when nobody on the starting lineup was on the opening day roster.