As the second half is underway, it is time to look back on the offseason and see how we think now. Back before the season started, we at CtPG ranked the acquisitions made by Perry. Some of our takes aged better than others. Here is what we think now halfway through the season.

The shutdown closer had a rough start to the season, but he turned it around and won the fans over. Not only has he pitched multi inning saves, but D-Cell has done so against the toughest teams in baseball. He may be gone, or may get extended, but whatever happens, Raisel has been a great addition to the bullpen for sure.

Replacing Simba was a tough task, but Churches has been up to it. While offensively he has been less than stellar, his defense is just as elite as the platinum glove winner. The amount of plays he has made is extensive, and he isn’t a black hole at the plate either.

Cobb was immediately disliked by Angels fans. This was the starter to nab? Out of everyone available? He wasn’t that good in Baltimore, relying on being fixed was a foolish endeavor! Well, we were wrong about that. He has been one of the better starters this season and the only vet that has been good. Only Jeff even remotely liked him in the spring, and he seems to have been right about Cobb.

Someone that was added at the last minute has been a staple in the pen. As a former Cub, of course he made Maddon’s team, and he is by far his favorite arm in the pen. This has been good and bad. While he has struggled quite a bit, lately, he has been actually shutting teams down. Hopefully he keeps this up, as he is shaping to be the second best option out of the pen.

The bullpen needed help and Claudio was one of the arms brought in. He became one of Maddon’s favorites, which would be nice if he was good. Instead, dread is what fans feel when he is brought in. While not the worst guy in the pen, he certainly has not been what we have hoped.

I was bullish on Slegers. He crushed the Astros in the playoffs last year and is from the Rays system. Surely this would be a good deal. Unfortunately, he has instead been the one to give up inherited runners and shows again, why you never, ever trade with the Rays.

The veteran catcher looks more like an old catcher this year. While there wasn’t much riding on him, the way he has been so bad, especially defensively, has made his signing rather unfortunate to say the least. That his offense has been offensive is just icing on the cake.

Oh Q… we had such high hopes for Quintana. An actual starting pitcher, sure we didn’t expect ace stuff, but we expected him to be good. That he was the first one out of the rotation really shows how we can’t predict how things will go in March. A real shame.

What do you think of Perry’s offseason acquisitions now?

Simba WAR off the chart starting end of last season and counting this season so far. /s

I haven’t exactly been a Jose Iglesias fan but he’s at least been somewhat serviceable.

One has to account for the difference in price tags too. Simba is making, what, 15M on the year, and Jose 3.5?

First 3 are right, the rest tied for the 8-spot.

Quintana had lots of love when he was signed. Imagine, DeScalfani, Tepera and Graveman for the cost of Quintana.

I do not like these players, except some of these players. I will probably change my mind twice about many of them. I wish we were the 1973 A’ss.

While the ranking is fair considering all the other players, Iglesias has been pretty rough defensively this season.

He certainly makes flashy plays, but he also has already committed as many errors this season as he has in any other full season in his career. Negative by the advanced metrics as well (defensive runs saved, fielding runs above average, UZR, negative dWAR at Baseball Reference, flat dWAR at Fangraphs).

Definitely a huge part of why our defense has been so bad for most of the season, alongside the corner infielders playing in the outfield problem.

Cishek would be OK if Joe used him properly. Put him in with empty bases, he’s find. Put him in with a runner on and that runner is going to score. He has LITERALLY (22/44) allowed half of his inherited runners score (prior to tonight’s game).

I was kind of happy with the Quintana pick up, actually wished he was part of that three way Trumbo trade instead of Santiago. Unfortunately, he has just look lost out there

With all due respects to the author, this post should be renamed “What kind of poop do I have?”

The kind with corn in it

Cishek has not been shutting anyone down. He has had some good innings. That’s as much as I can say for him. Some of his stats, in isolation, look good but that inherited runners thing is damning.

In terms of inherited runners, Cishek has been as terrible as any. What? 50% of them scored? I’m curious if there’s a stat that takes into account both inherited runners and own runners in measuring relief effectiveness (too GA to look up if there is one.)

Not an official statistic, but I think Boy w/apple was putting together era stats giving ‘credit’ to inheritors for the runners they didn’t strand.

OPS Against is purely a statistic that measures how batters are hitting against pitchers. It does not take into account any runs that were scored nor any runners that were stranded.

Here is the rundown for Angel relievers and their runs allowed per plate appearance:

you could use RE24

RE24 only takes into account the change in expected opponent runs, but should work for what he’s asking.

WPA would also take into account the current score, so that giving up a couple runs when you’re up by ten would be different from doing so when up by one.

For both RE24 and WPA, Cishek is in the top 6 of Angels pitching, top 4 for relievers. Slegers, Bundy, Canning, Quintana, and Claudio are in the bottom 6 for both (minimum 10 innings), so that’s where the issues are.

Edit: There’s actually quite a bit of space between Bundy/Slegers/Quintana/Canning and Claudio, so maybe I shouldn’t have included Claudio….

Checks out. Perhaps Cishek has just been unlucky……….

Thanks to everyone who responded. I figured that there’d at least be something approximate. Interesting that Cishek really does appear to have been pretty effective, then.

Can we use Swag?

This is what I said down thread 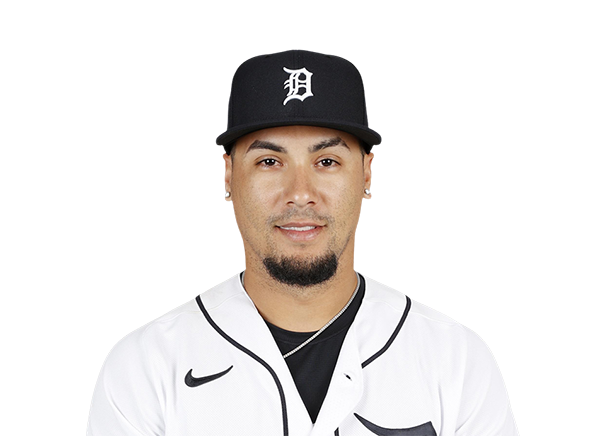 I agree. The View From This Tower by Faraquet is an under rated classic album of the early 2000s.

Let’s hope he doesn’t be come another has Kevin Mather said about Seager: Overpaid

The league average for OPS Against is .743.

I know Slegers is bad but do you really think Cishek is that much better when 50% of his inherited runners score? He appears to be Bedrock 2.0

The problem is that it’s also true for Slegers and most of the other RPs — most of them allow half of their inherited runners to score.

Really, besides the top 3, it is trying to find out who sucks least

To ad to the fun, give it two weeks, the answer will change.