The results are in for the NL Wild Card Game. The Dodgers advance into the playoffs while the Cardinals go home.

Jo Adell was named the top MLB prospect in the AAA West.

“We had numerous injuries on the mound and some performance issues.”  says Perry Minasian.  He says he would like to add three or four front line starters but, “Realistically, that’s really difficult to do.”

In addition to their hitting coach, the Cubs have also ditched their Associate Pitching/Catching/Strategy Coach Mike Borzello.

It looks like the Twins demoted coaches Edgar Varela and Kevin Morgan.

David Ross, on the other hand, might get extended by the Cubs.

The 2022 draft order is here, although nobody knows exactly when that draft will be held.

This link is just a news report, not an invitation to begin a political debate in the comment section!!!  We mean it.  Now for the link:  MLB will require all the minor league players to be vaccinated prior to the 2022 season. 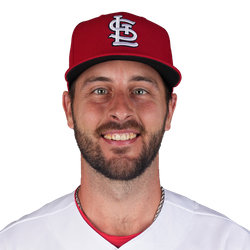 Perry needs to talk to Saint Louie about him, they have yet another good youngster ( Edmundo Sosa knocking on their door ). Cardinals know good infielders and how to develop them.
Go Get him Perry, we need a SS!!!!!﻿ 💪 ﻿﻿ 🤓 ﻿﻿ 🤔 ﻿

Tommy Herr, a 1980’s All Star 2B
Must’ve been a undrafted FA, because I can’t find any MLB Draft history on him. You’re making my criticism and wrath of our team’s scouting and player development easier. Meanwhile we had to trade for Rob Wilfong.﻿ 😭 ﻿

Wow, you are really bad at this. DeJong is losing his starting position in St. Louis (already lost it, to be fair, to Sosa). He is hitting below .200 on the season, the third season in a row his stats have dropped. He is 27, and already making 4M. And you want to trade FOR him?

Seriously, just play Rengifo who is younger and has upside (at least) (and costs nothing). If you don’t want to get a SS that improves the game, no need to spend the money. Even with a bad first half (needing to get sent down to AAA to work things out) he still had a better season.

De Jong has HR power .
Since when has this organization ever had a power hitter at the SS position ( Like never actually!! ). Can’t help it if this team sucks at scouting and developing certain positions ( shhhhhh…….catcher & SS ).

DeJong wouldn’t be too bad a gamble if he were released or we could trade for him without giving up much. He plays SS OK and does have a track record of hitting OK.

I wouldn’t hold him up as an example of why we suck, but I am certain we’ll hear worse ideas over the course of the winter. 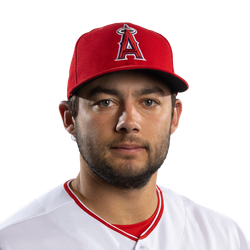 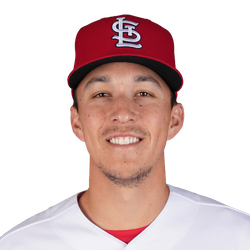 99% of Kangaroos are left handed.

Yes, it is amazing, isn’t it, that in a down year for Fletch, Tommy Edman is almost as good (with the bat, and without the ability to play SS). Nice find. Well done you.

Today will be weird. I absolutely detest 3 of the 4 teams. On Tuesday I found out I hate the Skanks more than I hate the sux. I didn’t know until the game started! I expect it’ll be like that for this horrible early game.

Sux hate is more for me.

I understand. I found out I hate the dodgers more than the roid suck in 2018

Drafted after the Angels pick in 2016. Zomms!

I really wish I understood the rules of this game. Seems like it could be fun.

Rules? There are no rules, just post a random picture of a baseball player …… or anyone for that matter…. hell, post a picture of Clark Gable, or Chuck Connors, maybe even Pee Wee Herman.

At this point I just feel naked if the Links don’t have a picture of someone who is NOT an Angels player posted…. solely because they are not an Angel. I think the original intent of 2002Heaven was for a pile of people to say something like….

“Aw shit! We could have drafted Hudson Potts in 2016! Dios Mio! Arte is so stupid, Billy Eppler is a tool! I wish I could have babies so JeDi could give me one! I am so angry!”

“I looked into how this horrific error happened. Apparently, when it was the Angels turn to pick a player, they picked a different player.”

And we all feel the warm glow of cheap affirmation.

What’s really happening is I’m so bored with it that I am just posting players from 1984 who are also not currently Angels, or hot dog girl, or mid sized bank managers from small cities. Anything to kill the tedium a little.

I may move on to MLB Players…. and the dog breeds they look like.

But since nobody responds that way (we should have signed him!) a much shorter reply would be “ho hum”.

Or you could do your own shtick, the mockery you enjoy.

Uh, Excuse me. It was Pee Wee Reese not Pee Wee Herman that played for the Doyers

Unless there are pictures of them in the same place at the time, they are the same person. 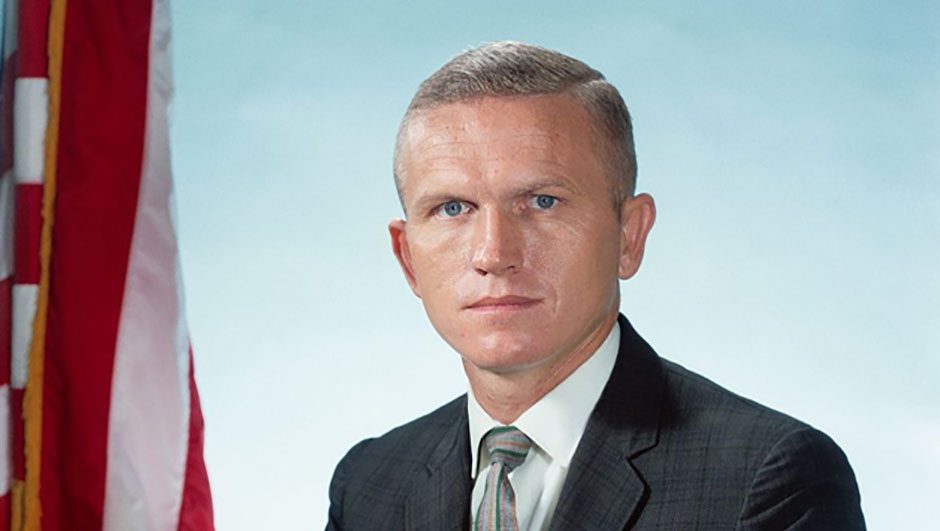 This is how I feel about 2002’s unlabelled pix.

There’s a reason for that….

to the moon and back

Because he is
The name is Frank Borman a retired USAF Col and NASA engineer and born in Indiana ( a lot of NASA people came from the Midwest for some reason ). BTW he’s 93 now and yes he looks like he was a cast member on the 1960;s sitcom “I Dream Of Jeannie”. Wonder what Gitcho’s take is on the fashion and look of the 1960’s suit?﻿ 😎 ﻿

Are you saying we could have signed BB King?

Muddy Waters? ( Although it seems we have a lot of those)

He went to the Doyers.

Oh wait. That was SHITTY Waters.

anyone else in this camp: you respect the historical impact on the game of baseball that the Dodgers have. They have put together quit a little run here the last 5-6 years of consistent tenant chasing. and you want to tip your hat to this success, especially to the real fans that have stayed with them for forever through the heartaches til now. But it’s the 90% of that fanbase that just makes me not respect the franchise at all. I guess I have to learn to differentiate better but these bandwagon fans (shocker for So Cal, i know) make it difficult. Go Rays!

No, not in your camp. I prefer to hate the Doyer’s with every cell in my body. Personally I think they are cheating and have yet to be caught, not sure how or what, but they are cheating. This heartaches you speak of, brings me great joy. I wish all Doyer fans, young, old, gangbangers and nun’s much pain and disappointment that lasts for decades.

If it’s Red Sox’s or Houston vs Doyers……..I’ll just ignore the outcome.

If the Doyers get past SF they’ll smoke the Brewers or Braves.

Can’t say I’m excited about Matt V calling more games for The Angels next season. I may have to go to listening to the radio broadcast while watching the game.

I just don’t understand why the Angles cannot commit to a dedicated 2-man crew for TV.

I think they want Matty V full time because BIG SPLASH and they are just taking what they can get from him for now.

Yes I agree . Its extremely obtuse.

Ex Halo Ty Van Burkleo got fired as a hitting coach? I didn’t know we had any ex Angels that knew how to hit.

seem to have a surplus pitching coaches that played for us in Wise and “The Butcher”.

Personal feelings aside regarding the Dodgers, it was a great game last night. I can’t wait to see the Giants kick their ass (although I’m not a Giants fan).

If it were any other team. I’d agree, but having lived in the Bay Area where their hatred of SoCal is so strong, I’m Dodgers all the way in this series. I hope they then get blown hard in the next one. Go anything but Frisco teams!

I have a bad feeling LA takes them. Although I’d love nothing more than to see the dodgers knocked off by their biggest rivals.

It will be tough but I am happy to see them square off. Truthfully and not a shocker, the Dodgers have much better personnel, just go across the infield and outfield and compare. Only at catcher do the Giants clearly have the better player. But as we have seen, the Giants play mistake free baseball and play as a team. They were underdogs during their previous WS runs in 2010, 2012 and 2014. You never can count them out.

The Giants may not win the World Series this year, but please beat the M.F.Ds.

The Giants and Rays are “teams of destiny density” this year

Giants were 10-9 against the Dodgers during the season. If that is evidence of anything, its that both teams have a chance.

How about some predictions for today’s series? No deep analysis here, just some gut feelings garnished with deep-seated Boston hatred. I’m thinking Houston over Chicago. Been quite a while since the White Sox played a meaningful game, could be well-rested, could be stale. Kinda figure this is Houston’s last hurrah with a few of their players, motivation to win one for Carlos Correa. Like Rays over Sawx, TB seems more of a complete team, with a quietly brilliant manager. Besides, it’s the freaking Chowds.

I’m with you: Houston vs. TB in the ALCS.

Red Sox will get through along with Houston.

I desperately hope you are wrong on both counts. (Nothing personal).

That would be as bad as the Sux/Dodgers Series a few years ago.

Honestly, at that point, I’d just root for the Asstros beating dyh Doyers in the WS. Then I’d go outside and pull the wings off some flies.

I still want TB vs MIL in the World Series, just to f*** up ESPN and Fox.

That would also be some damn fine games I’d imagine.

Boston has had to fight so hard for so long just to get into the playoffs they are either fatigued or battle hardened by now. I’m hoping fatigued. And I think TB’s pitching is more complete. I’ll take the Rays in that series and I’m rooting for them.

Houston won more games than Chicago while playing in a tougher division and having a greater run differential. I hope the cheating bastards lose, but I’d bet they win this in 4.

Won’t be a popular opinion here, but I’m pulling for Dusty Baker. He’s been unfairly maligned over the years but has been a winner everywhere he’s been. Coming out of retirement to help clean up the Astro mess deserves respect. I’ll save my disgust for the last Astro manager and those absolute idiots in Detroit that hired him!

If they have been cleaned up, I would support that. I am not entirely convinced.

Yeah, Dusty is one of the good guys in MLB. I’m old enough to remember him as one of the Gang Of Four for the Doyers. Still hate Houston, though.

Thanks to some of Baker’s managerial moves, the Angels won in 2002.

So he’s got that going for him…

Can you imagine how tender and gooey and sugary and gross it would be if the current Astros team did the whole “our kids are in the dugout with us, look how hole some we are.” thing in the social media/mommy media era?

And then give them all vuvuzelas so the adults can’t hear the massage gun against the wall.

You mean a-hole some.