A full month of baseball is in the books. What have we learned so far? Yeah, that Trout kid is pretty good but I didn’t think he’d have his best ever April slugging percentage.

The Athletic goes into more depth on Trout’s great month. This isn’t BABIP luck, the best player in baseball is truly scary for opponents right now.

In just a cruel twist of irony, the Angels have a once in a generation player in Trout and the Mets have a great pitcher on a team that can’t score runs. Yes, deGrom’s run support is as lacking as you think.

Oddly, I think we’ve been so amazed at Shohei Ohtani that we haven’t realized the absolute tear Trout is on; an incredible problem to have.

Ohtani is throwing the most unhittable pitch in all of baseball right now. Open this link to look at the graph halfway down. It is absolutely unbelievable.

And to think, we actually have a young pitcher on the roster whose stuff is nearly as nasty.

Quietly showing some improvement is Albert Pujols. He pops up on this list of guys whose early breakouts should be real this year.

Another look at baseball’s first month shows that Ohtani is incredible, but gets into both the good and bad we’ve seen. A collective .232 batting average with a 25% strikeout rate isn’t exactly a lot of in game action.

The NFL isn’t the only sport with a draft, you know. If you want to see what elite college pitching talent looks like catch this weekends Vanderbilt at Florida series. I’ve been watching a decent amount of SEC and ACC baseball on ESPN+ this year and the level of play is incredible.

How elite is the Vanderbilt pitching staff? Mock drafts have Leiter and Rocker going #1 and #4 overall in the 2021 MLB draft. This mock has them at #1 and #3 overall and the Angels taking a big strike thrower from another SEC school.

The Angels pick at #9 this year, so probably just outside of the truly elite college arms but still in great position to nab an elite talent. Look for more draft coverage on CtPG as the date gets closer.

The most insane thing to happen in MLB this week had to be Bryce Harper taking a 97 MPH pitch to the face then popping right back up and walking to the dugout. This is the same guy who charged the mound after taking 98 MPH to the rear end. Don’t fight him.

Today is the last day to order shirts from this order of Crashing the Pearly Gates gear. We don’t make a ton on these shirts but what we do make helps make the site better for all of us. And you help get the name out there. Please click the link above and purchase a shirt or the link below and become a sponsor and help make CtPG an even better community than it already is.

For those who do sponsor and/or have purchased a shirt, our sincere thanks.

With his home run on Saturday, Mike Trout tied Edgar Martinez for the ninth most homers ever hit by an AL West player. And he did it in Seattle!

Somehow ,someway I feel like this is going to come back and bite us in the ass this season.

while it would be ironic, I think we’re safe. Pitchers have a limited run. If you’re right, though, I’ll let out a hollow laugh to hide my tears.

Of course it will…..the ass will bleed a little, hurt to sit on…just hope it doesn’t get infected or cause pain for the remaining 19 games with them.

and the A’ss signed him for no other reason than to torture us. Knowing precisely the likelihood he’ll haunt us….bastards.

Keynan Middleton is another ass biter I’m sure…we’ll get a sample his “Extra Sauce and Cheese” this weekend no doubt.
In 8 appearances gave 4 runs in one game, zeros in all the others. 6 scoreless appearances in row, basically 1 inning each outing.
I’m watching you Key…Booooo.

This is a total thumbing of the nose at the Angels and a classic A’s move. He will be extra motivated to pitch against the Angels. Think Napoli.

Fabian Ardaya’s article on Mike in The Athletic is pretty excellent. If the Fat Kid can keep this up we are looking at history here. Not going to hit the Ted Williams line, but like amazing, dude.

Yeah I think people who watched a lot of games in 2019 and 2020 could tell that something was different about Trout. A lot of home run hitters (like Upton for example) sky fly balls, and whether or not they have enough distance is something to be determined. Pre-2019, Trout’s home runs happened to be line drives that went really far and fast and had enough launch to go out. In 19/20, he started reverting to the typical power hitter, which I didn’t like at all. He still managed to beef up the production to nearly his normal levels because he’s that good, but I didn’t think he was as effective. We now know he claims his swing was “messed up” or whatever he said.

In 2021, I feel he’s back to his pre-2019 method of hitting EXCEPT he’s being more aggressive, which Fabian points out. Swinging on first pitches, swinging on 3-0s, and he’s even willing to swing and miss more, which naturally leads to more strikeouts. I feel he’s a better version of pre-2019 Trout currently because he is willing to attack and not be passive. I love passive Trout because his pitch recognition is off the charts, but I see aggressive Trout and don’t know how you ever get him out.

Speaking of getting the name out there, we were at an Angels game last week and I was wearing the CtPG shirt, and they had us on the big screen briefly.

24 hours post COVID vaccine #2 the only side effect is some additional hair growth. Gonna cost me a future in razors and shaving cream. 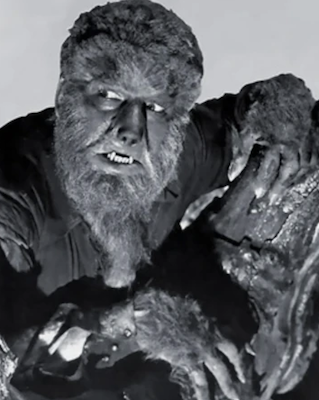 Offtopic, but does anyone else have to login on a regular basis? Using safari either on an iphone or mac, I feel like I have to login daily. Not a huge issue, but just wondering if I’m doing something wrong or there is a way to fix it. Yes, I do hit the checkbox “remember me.” Not trying to complain, love the site, just looking for tips.

Hit remember me before typing in your username and password

Yeah, it periodically logs me out, too…

Yes. I often forget to hit “remember me”

Didn’t realize we were 2 losses away from leiter territory in the draft.

I thought NFL draft was interesting, as in it made me watch, but I’m a 49er fan and pick 3 had me intrigued.
If Angels did something splashy I’d definitely watch MLB draft but as many here have alluded to we don’t have a great history of home grown talent because we fail to invest in certain areas. So it kind of seems like why get invested into this draft pick until we commit to them being apart of the organization long term or they’re used in part of a trade.

I’m obviously no scout but I’ve seen the kid mocked to the Angels at 9 there and he’s no slouch. Leiter is another level but whoever we grab at 9 should be able to help in the near future. Keep in mind Minasian snagged a key piece of KC’s front office, a guy who has been instrumental in drafting all their college arms.

As far as the draft, my Steelers got exactly who I expected. And I’m shocked SF felt the need to trade all those picks to move to 3. The kid is a fun project, but you have to be 100% certain he’s your next stud to give up that much.

I sure hope whoever the angels get can help, sooner the better (I’m impatient).

This will be make or break for ShanaLynch. What did your Steelers do? I forgot but kept watching hoping 9ers would trade back into 1st.

Turk’s Teeth and Rahul are better prospect hounds than me for sure, but the profile on Gunnar Hoglund looks good to me:

Now 6 foot 4 220, he was drafted 36th overall by Pittsburgh out of high school but wanted to play college ball. He’s added a refined change up and a few ticks on the fastball which sits low 90s but can hit 97.

I will be pretty stoked if we get “stuck” with Hoglund at 9. Add him to Detmers and Jack Kavcstierwitnivitch our starter prospects look a lot better in 2022 going forward.

SEC pitchers are where it’s at if you want a near MLB ready guy.

Rocker, Leiter, Madden or Jobe are the only arms I would snag. Hoglund grades out to a mid-rotation guy. Need more upside from the 9th selection. 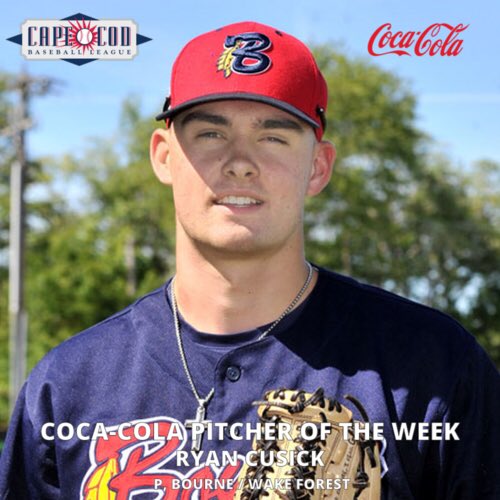 I’d be totally down with drafting Cusick. He’s one of those guys who will almost certainly be a high leverage reliever if he doesn’t make it as a starter. He’ll pretty much need to completely learn how to throw a change up (he doesn’t really throw one now and when he does you can see him mess with his arm speed) or he needs a splitter…. some other third pitch in order to start. But his size, extension and the dreaded spin rate are all great and his fastball/curve are legit.

Did you watch this one?

That was a beautiful clip to watch. I’ve never watched MLB draft. I just look at who was drafted and read espn, hh now CtPG to get info.

And in other good news… we did not lose last night.

You know it’s funny. The other night José interviewed Trout (the infamous headphones interview) and all he could do was ask about Ohtani. Trout was a good sport but I had a sense he was thinking- “dude – you’re interviewing me during my best April ever!” Trout’s a team guy, and a ‘we” instead of ‘me’, but i cannot help but feel that he was a bit annoyed particularly in combo with the headphones issue.

“Bro, ask me about Call of Duty.” – Mike Trout, probably.

Thought the same thing……Mike might be getting a tiny bit jealous.

Thank you Jose, for the butterfly effect. He changed the entire MLB cosmos with 1 post game interview.

I did not draw that connection but might be right, Trout was definitely eager to drop the headset. I don’t see Trout being the jealous type.

I felt the same.