Angels GM Perry Minasian has built the most depth we’ve seen in years. A veritable Swiss Army Team of guys who can play multiple positions, providing at least two MLB caliber players for every position on the field.

But there’s still work to be done, as both Minasian and Mike Trout have publicly stated yesterday. Three weeks from reporting date isn’t usually the time to add to the ceiling of a team, but the floor can still be raised in meaningful ways.

I’m really bullish on the trio of Eric Torres, Luke Murphy, and Ben Joyce from last year’s Trash Pandas team. I think they all debut at some point in 2023 and do well. That said, the team can’t afford to have the bullpen blow too many games early in the season while we wait for the bullpen of the future to emerge.

Andrew Chafin is the one impact guy left out there. His numbers and peripherals were great last year and he’d join Aaron Loup and Jose Quijada as lefties and really balance out the bullpen.

He’s far and away the most expensive name on this list, but pairing him with Carlos Esteves at the end of the bullpen would push Ryan Tepera, Loup, Jimmy Herget, and Quijada into lower leverage spots and really add depth to the unit.

As of now, 2022 trade deadline pickup Tucker Davidson is slated to be the sixth starter in the rotation. He has virtually no experience coming out of the bullpen and was really bad last year as a starter. Take a look at his peripherals. Being the worst at walking guys while giving up hard contact is a bad combination. Tucker is a liability.

Many on the board are clamoring for Michael Wacha. His peripherals are better than Davidson’s but he’s also a pure starter, meaning he’s of no use to the team on the days he’s not slated to start.

Insert the recently released Mark Leiter Jr. Better peripheral numbers than both of the above options and plenty of experience coming out of the bullpen. He’s both an upgrade on the days he starts and potentially useful on the days he doesn’t. I’ll take him.

I’d leave him in the long reliever/spot starter role when the inevitable injury arises in the rotation. The hottest hand in AAA will fill the rotation spot. Somebody like Griffin Canning or Chase Silseth.

Typical Angels fans will say “we have Stassi and O’hoppe” and be correct. However, teams rarely get by with only two catchers and Stassi was horrid at the plate last year. More concerning to me is that Stassi was horrid after a concussion. In a game where milliseconds make the difference between success and failure, I don’t want to depend on Mad Max after multiple concussions.

I was pining for Jorge Alfaro all off season but he’s off the board. I’ll take 27 year old Luis Torrens. His OPS+ of 71 is a notable improvement over both Stassi and Kurt Suzuki’s production last year.

Outside of Chafin, the cost would be really low to shore up some notable weaknesses on the roster. And if cost really is the issue, perhaps Perry would take a look at old friend Will Smith for the bullpen. He doesn’t move the needle nearly as much as Chafin, though.

Would these guys be blocking prospects who could emerge? No. The costs for Leiter Jr. and Torrens will be minimal; perhaps even minor league deals. I’d sign Leiter to an MLB deal just to make sure I landed him.

If any of Canning, Silseth, Bush, or Bachman forced their way onto the roster, Leiter might again make it through waivers and head to Salt Lake. If not, he’d at least have been an upgrade while he was here. Same if O’hoppe tears the cover off the ball in AAA.

The difference between making the playoffs and missing them is pretty small in many areas. A few blown leads in April, a few bad starts by your last starter, burning out the bullpen because you don’t have a long reliever…we’ve seen them all.

This would go a long way towards mitigating the remaining weaknesses on the squad.

I hadn’t realized that Chafin was still on the board – absolutely agree there. He’d be a solid late inning addition – his K numbers are great, good ground ball tendencies, etc.

I am honestly ok with the rotation as it stands now. After the first five – we have Canning, Rodriguez, Barria, and other options. I really think the #6 guys needs to be a righty, and I’m all for giving that trio above all the opportunities they need to hold that spot down. Barria might be the safest bet, but he is helpful in the pen. Rodriguez isn’t able to stay healthy, but when he did stay healthy it was out of the pen – maybe he takes Barria’s middle relief spot and we put Barria in the rotation?

Canning has the best pedigree of them all – and the most big league success to this point. If he’s right he could be a #3/4 starter pitching for us as a #6. But, he has to be healthy…

Regardless, I just wrote a bunch of words about the 6th spot in the rotation and didn’t once feel the need to say Tucker Davidson one time. I think that’s the right move – ignore TD completely and hope he slinks away in March. Dude is terrible.

With Poup, Quesadilla and 4 left handed starters I’m not so sure adding Chafin or even Will smith would balance out our bullpen. While I agree we still need a veteran addition until the 3 amigos can be called up nd I really liked the Estevez signing, I would like to see us a acquire an established right handed relief pitcher either through trade or free agent signing. is there anything left?

Wow, this was an outcome that I wasn’t expecting at all. 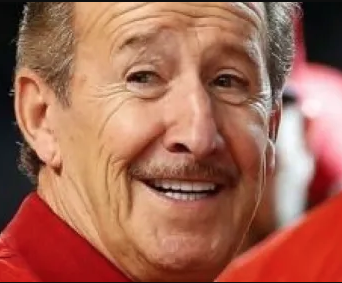 Meet the New Boss, Same as The Old Boss
https://www.youtube.com/watch?v=zYMD_W_r3Fg 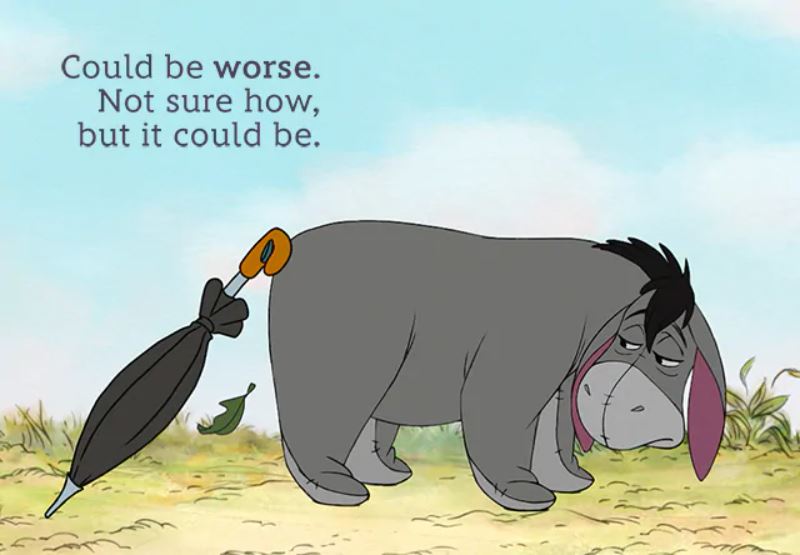 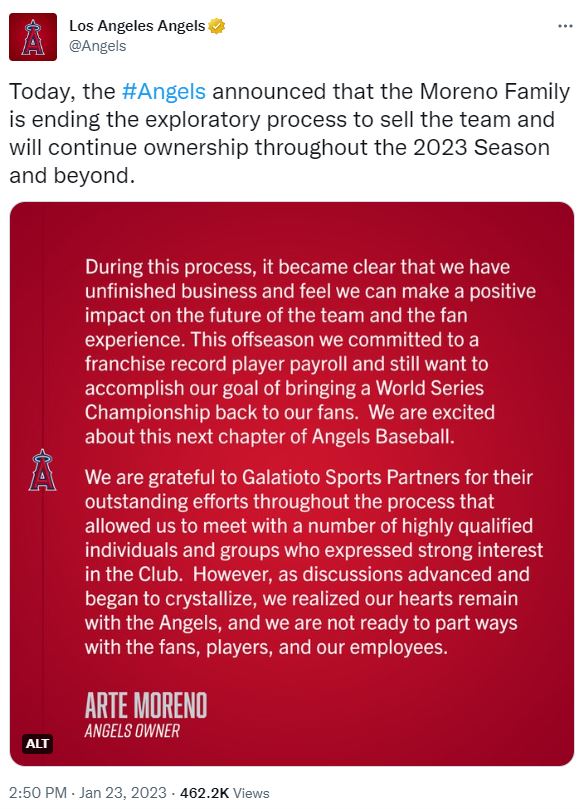 Is it still possible that Correa’s deal with the Twins falls through and Perry can get a SS?

I am trying to decide if Torrens is really an upgrade over Thaiss.

Torrens hit well in 2021 where he saw a lot of time as a DH. He projects to have good power, but hasn’t really produced at the MLB level. In 2022 he played much less, and hit poorly. The two may be correlated, but then again, if the Angels signed he’d likely play only slightly more often.

Defensive metrics have Thaiss as the better catcher over Torrens. Yes, I know that’s hard to believe when you watch Thaiss catch.

So maybe Torrens on a minor league contract?

He can likely be had on a minors deal. I should’ve specified that.

I really wanted Alfaro. Thaiss is out of options. I’m not sure if he passes through waivers if/when he doesn’t make the opening 25 man roster. The thought of a Stassi/Thaiss combo to start the year isn’t appealing.

PTP said he’d get a SS. Well i used to be disgusted. Now i try to be amused.

The finishing touches we are going to need are key Astros injuries.

This is how I view all of our attempts to suggest roster moves.

Just my opinion but I think Tucker Davidson is still around because Perry doesn’t want to admit how much of a mistake that deal was. I’m pretty sure if Perry were let go today that Davidson would be the first to be DFA’d if a new GM needed a spot on the 40 man roster.

But to the point of rounding out the squad, I don’t think we’ll improve much with any remaining free agents. Trades, maybe. I was sorry to see Marsh go but we did get O’Hoppe so not all of Perry’s deals are duds.

That trade was a pure salary dump.

I think Davidson is around so they can try to pass him through waivers at the end of spring training when tons of guys are on waivers.

Probably the same with Thaiss.

ive been ignoring TD all winter. He’s been a non-factor for me and my guess is we dont see him beyond the end of March.

and i agree with Jeff – we didnt try to win that trade – all about salary relief.