The Angels traded some lower-tier pitchers to the Milwaukee Brewers for outfielder Hunter Renfroe in what looks like a steal for Perry Minasian.

The Angels sent 4-A pitchers Janson Junk, Elvis Peguero and minor league arm Adam Seminaris to Bob Uecker’s crew in exchange for an established major leaguer who will be 31 on Opening Day and in a contract year. Renfroe had his best seasons in 2021 and 2022 with 31 and 29 HRs respectively and an OPS of .816 and .807 back to back.

Junk and Peguero had a combined -0.6 WAR for the Halos in 2022. They were the return on trading Andrew Heaney to the Yankees at the 2021 trade deadline. So Perry Minasian has turned Andrew Heaney and a prospect into one year of a 31-year-old outfielder who homered once per every 16.3 ABs in 2022. That is a freakin’ win. What about the prospect? Well…

Seminaris didn’t have an ERA below 7 in any of the three minor league stretches (A+, AA, AAA) he was in last season and at 24 years old, perhaps the change of scenery will be the only thing that could have helped him at this point.

This trade puts Jo Adell deeper on the depth chart… could something else be cooking in Perry’s kitchen?

Minasian has done a good job plugging holes. The biggest one left is SS. Fletcher should be the 2B. Rengifo is backup filler. I don’t know what to do about RP, because Minasian has spent plenty of money with horrible results. Rotate Trash Pandas until one or more of them sticks? I would like to salary dump Tepera and Loup. Let them turn into Mariano Rivera and Billy Wagner elsewhere. 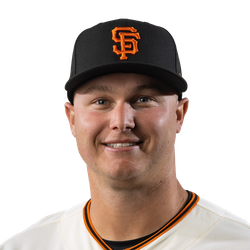 He took the QO. Syphilis is a hell of a drug.

then we should trade for him then (Jo Adell).
click problem solved, and maybe they can fix him from A*te’s 9 Rings of Hell before he ends on a Progressive Insurance commercial.
﻿ 💪 ﻿﻿ 💪 ﻿﻿ 👈 ﻿

I got a better idea why don’t you just leave us all alone and join the McCovey Chronicles. That way you can spend quality time with like minded fans obsessing over your latest stalking victim.

So that means that we’ll stop showing other people our Junk?

Another solid move by Perry. The fact that Perry took two “never beens” and one “might be” and turned it into Renfroe tells us that this was a salary dump by the Brewers that the Angels were able to reap the benefit of.

The fact that the “trade analyzer” even equates positive value to Junk and Elvis illustrates again the fallacy of the tool. This is a good trade that should benefit the team in 2023.

Agree. I was trying to spread the “Festivus Cheer”

2 others I have said I liked are Vasquez at C and a return of Thor. I believe that Arte may even allow PTP to make a good offer on Swanson. Thor will cost a third of last season and his FB will pick up speed as he will finally be at the 2-year mark since TJS.

Unfortunately, The only Swanson Perry will be getting is the Hungry Man chicken frozen dinner with the brownie dessert .

Vasquez will have suitors and would cost more than I would be willing to invest given that O’Hoppe is here or close. Would rather pour the dollars into SS or bullpen. Hard pass on Thor or Lorenzen resigning.

Nimmo would be a good plan to go after. Trouty could be the in-house guy to platoon with
at first and take over LF. Renfroe has a much better arm than Ward does. Bringing back Lorenzen would be a smart move too.

You realize Ward has a good arm right?

So does Kyle Schwarber.
Somehow however he’s still a bum though.

I am happy that we picked up Hunter Pence, he was on my wish list for a while. Next up, another catcher and a CF.

By the way, Renfroe is a 1.9 on the Trade Simulator and Junk and Peguero add up to 0.9. So the trade simulator would say this trade is generally fair.

Yeah. Renfroe getting 11+ million for being fairly good kind of eats him up a little. But if he can get close to 3 WAR again this year it’s worth it.

Don’t forget Seminaris’ whopping 0.70 so the Brew crew knew what they were doing. (Suckers)

I love Seminaris personally from his time that I was with him at Blair with Long Beach. He’s a gamer for sure and I hope he finds a way to break through.

I think the chapter on Seminaris has not been written yet, still working his way up. Not expected to be a horse by any means but hopefull he sticks in MLB.

Once again, these moves seem to imply the Angels will look to their minor league system to fill holes in the bullpen. It’s a risky strategy but allows for significant improvement in the position players (as we have seen) without breaking the budget. Basically Perry has now spent the money he saved trading away bullpen arms.

So for that reason Nolan Ryan should have been a closer? And come to think of Ohtani should be relegated to the bullpen for all of next year.

Acquiring Renfroe is a fantastic move. He is very underrated. All three moves have strengthened us significantly. This has been a terrific off-season. I give Minasian a lot of credit for what he’s Dione so far. I hope he’s not done.

Renfro is a healthier version of Haniger, better cannon that’s for sure

Seems like the Haniger rumors were put out there as a mode to get the Brewers moving in on this deal.

Agreed. Hopefully we make a move or two to help strengthen the pen.

Dunno. It’s starting to look like Perry has been given some extra cash. Both Renfroe and Urshela are solid pick ups, but they weren’t the cheapest options for depth. I doubt we’re in the market for a guy like Jansen, but he may be in the 5-7M range market for a reliever…. Both Jeff n I want Boxberger for example, or maybe a Michael Fulmer type guy. Chris Martin?

We will see – I’m guessing the spending spree is over now except for some minor moves – unless a player like Ward is traded. But who knows. I actually would not be unhappy with testing out the youngins out of the bullpen. The established FA arms Perry has brought in have done little over the last few seasons.

IDK . Perry told Jeff Fletcher tonight he still has work to do…

And Minasian said they aren’t done.

“We’ll continue to look to improve,” Minasian said. “I really believe there’s different areas we can definitely use a boost, whether that’s in the bullpen, the rotation, we’ll still take a look at the infield and see if we can get better there. I feel like there’s opportunities out there and we’ll explore all of them.”

So a Marcel eh?

Looking at our 2022 stats Renfroe is likely to be better than Steven Duggar, Dillon Thomas, Monte Harrison, and that other guy who I’ve forgotten already. Those guys were a combined 4 for 55. Honestly, every year we have stop gaps that I don’t remember played for us, like Duggar

Aaron Whitefield was the other guy

Maybe, just maybe, we finally blew up the Navapile

Yes Brian Goodwin was very unimpressive for us last year. It was like he wasn’t even there.

I would send Adell to Rocket City, not Salt Lake. Salt lake just causes so much distortion of numbers and I think is not reflective of real mlb parks. I’d rather see Adell going against young guys hungry to get better and not in that elevation of Utah.I feel like our AAA just lends to bad hitting habits. Look at why Perry has been just skipping AAA anyways.

Lineup really leans right handed handed but an improvement overall. Just happy Angels are not rolling over with status quo. This is the type of move that’s been missing last two years under Minasian, productive major leaguers who don’t cost a ton and can be found if you do your job.

Yes, this is a key unknown. Having him return to form allows us to use Urshela in other ways…

I’m wondering where Rengifo fits in. Super utility? I have little faith in Moniak and only slightly more in Jo. I can see Rengifo playing more outfield in 2023

I think there’s gonna be about seven guys at Tempe with multiple gloves in their locker to start with.

Maybe Mike will give Hunter a jersey and have him cover for him at an autograph signing ?

When you figure the anticipated salaries, their defensive abilities and the respective capital given up in each team’s trade, its clear the Platypus owns the Jedi in the Outfield trade wars this year too.

Unpossible. The Platypus knows nothing. I have read such facts over and over.

Wonder if moving the non tender deadline up is partly behind these early moves.

Renfroe was on a lot of non tender lists. Urshela wasn’t but I can see why teams would call the Twins.

All I know is I wanted Renfroe, he cost too much for IIWPM, but apparently PTP’s been given a bump.

Maybe someone told him this is a must win season.

I think in the 2020-2021 offseason I think Perry was hired too late to really make any early moves and last year with the pending lockout everyone was trying to pull the trigger early. It also influenced the non tender deadline as well as roster construction in the wake of the Rule 5 draft cancellation.

So maybe this is the first off season where Perry is really able to strike early and do the things he wants to do to build a roster.

So a salary dump for Mil.? Junk and Elvis are, junk. Is Semainaris, and his ‘7’ ERA, the key piece?

We add another real contributor and get rid of a liability.

Has someone already made the “Elvis has left the building” quip ?

So Elvis grabbed his Junk and left the Building with a dirt bag tonight….