David Fletcher opened the game up with a single. Mike Trout hit into a force out bringing up Shohei Ohtani who walked. It all went for naught. Luis Rengifo and Taylor Ward made a couple of outs to end the Angels half of the first inning. Riley Greene homered right away to make it 1-0 Tigers. Javier Baez drew a one out walk and then the next two guys made outs.

In the second inning the Angels seemed to be specializing in striking out. Max Stassi did manage to ground out, though. Shohei gave up a double to Willi Castro to start of the Tigers half of the second inning. Akil Baddoo singled to drive Castro over to third. Baddoo stole second and Riley Greene walked to load them up for Victor Reyes with two outs. Fortunately, Reyes grounded out to keep it 1-0.

Andrew Velazquez singled to lead off the third inning. David Fletcher popped out to bring up mike Trout who singled to put two runners on for Shohei Ohtani who then struck out. Luis Rengifo hit a fly ball out to center to end the threat. Ohtani gave up a hit to Harold Castro in the third but that was about it.

The Angels got a two out base runner in the top of the fourth inning by means of a Jared Walsh walk. Max Stassi couldn’t take advantage of the opportunity. Akil Baddoo got the two out walk in the Tigers half of the fourth. This time he made it to second base on a wild pitch. Anyway, Riley Greene walked to make it first and second with two outs for Victor Reyes who tripled to make it 3-0 Tigers. Here is a video clip of Taylor Ward’s almost home run.

Andrew Velazquez doubled to open up the fifth inning. He’s apparently decided to start hitting. David Fletcher made an out but Mike Trout got a walk. Kurt Suzuki was sent in to pinch hit for Shohei Ohtani and he made the second out with a fly ball. Luis Rengifo made the third out, also with a fly ball.

Jimmy Herget was now pitching and Kurt Suzuki stayed in the game as the designated hitter. Herget hit Willi Castro with a pitch to put a man on and two outs. Kody Clemens doubled to score Castro. The Tigers led 4-0 at this point.Jimmy Herget got out of the inning without allowing any more runs.

Will Vest came in to pitch for Eduardo Rodriguez. It didn’t make much difference. Taylor Ward grounded out. Jo Adell did reach first on catcher’s interference after a successful challenge.

Jared Walsh promptly popped for the second out. Max Stassi hit a fly ball out to left field. Riley Greene came up and hit a one out ground rule double but Victor Reyes hit into a fly ball double play with Greene being gunned down at third.

Andrew Chafin replaced Jason Foley on the mound for the top of the eighth inning. Luis Rengifo grounded out to third. Taylor Ward grounded out to the pitcher. Jo Adell, though, bucked the trend by hitting a triple to right field. Jared Walsh struck out looking.

Jesse Chavez came in for the bottom of the eighth inning. The Tigers went three up, three down to bring the Angels back down by four in the top of the ninth.

Gregory Soto replaced Andrew Chafin on the mound. Max Stassi reached on a fielding error by Willi Castro. Andrew Velazquez then struck out. David Fletcher hit the ball but ended the game.

Get that single Edgar!

Why the hell is Perry keeping him in harms way. Angels should immediately escort him after the game to unmarked vehicle, scrunch down in the back and get him to Ontario Airport on a one way to hook up with the Dust Devils. Escape from San Berdoo.

But I have heard nothing about Quero’s defense. Is he Premium quality or is he the next Chris Iannetta ? We just don’t know squat about his squat.

Looks like he catches one night DH the next. Splitting time behind the plate with Emmerson. Early reports on him was he was a good receiver.

If Ohtani was sick, why did he play? Seems pretty simple to figure that out before the game started.

The answer is that he became sick during the game.

That is why he left in the 5th inning instead of the 1st or 2nd.

This game made a lot of people sick.

He pitched like he was sick from the first batter who took hum deep.

Just goes to show Angels are not trying to tank but they cannot help it. When Ohatani and Trout are in the lineup, best foot forward. All other players abilities are tied for last.

in an attempt to outdo Babe Ruth, Ohtani ate x amount of hot dogs during the first 3 innings and had an even bigger stomach ache than the Babe (1925). In looking up the details I see that perhaps it was something else that created Babe’s problem but I suspect Ohtani didn’t know that, thus eating all them dogs.

Well then we should sign him to a 10 year extension. There. Short stop problem solved.

Were wasting Squid’s prime. Doesn’t he have more WAR than Correa and Baez?

As I fall into the chasm of sar…’Baez yes, Correa noooooo…’

Just finished watching the Padres game. Only a 2-1 victory, so it certainly wasn’t an offensive game, but I gotta say, it was enjoyable watching competent baseball.

Hey all, checking in from Europe! Since we moved here I’ve only been able to watch the games on the MLB.tv app on delay so haven’t been able to comment live.

A couple thoughts if I may?

1. As I said at the time (as did many here), the Maddon firing mid-season was so stupid and short sighted. Basically signaled the Angels were giving up on the season when they were barely below .500 well before the all star break! Does anyone doubt Maddon had it in him to keep this team at least close?

2. It still baffles my mind that the Angels can have the “best 1-2 punch” in all of baseball and still be so dang terrible. Insert the “we’re wasting…” comment here.

3. The first part of this season was a blast and really did feel like a special season. And even after we’ve (unintentionally?) tanked and the team has become so hard to watch, I’ve still been hooked (haven’t missed a game!) based on a minuscule hope the wild card was still in reach, but also because it’s still an entertaining team and we still have Ohtani, the greatest show in sports. That said, these last two series put the nail in the coffin and I sense my attention about to switch over to football season. At least I won’t be torn between sports starting next weekend. 🙄

4. Crashing the Pearly Gates is on fire this year. Kudos to the staff.

Love reading everyone’s comments everyday, thanks for making this a fun season (sometimes)!!

If you don’t mind me asking, what country did you move to? Planning an exploratory trip this October.

I’m curious too. My son is already planning to retire to Portugal as soon as he’s able.

Portugal and Spain are on my hit list for sure

Deutschland 🇩🇪. Heard good things about Spain. Pros and cons in Germany. They’re struggling to modernize believe it or not.

Good to hear from you, you’ve certainly been missed. Maddon missed being more embarrassed by staying. “Best 1-2 punch” has to play together to be the best at anything. Trout and Rendon are injury liabilities now, so don’t be baffled by anything to do with these minor leaguers, major leaguers in name only. Good news is we might end up with a couple of decent draft picks if nothing else. Enjoy your stay over there, good experience. Don’t remain a stranger. 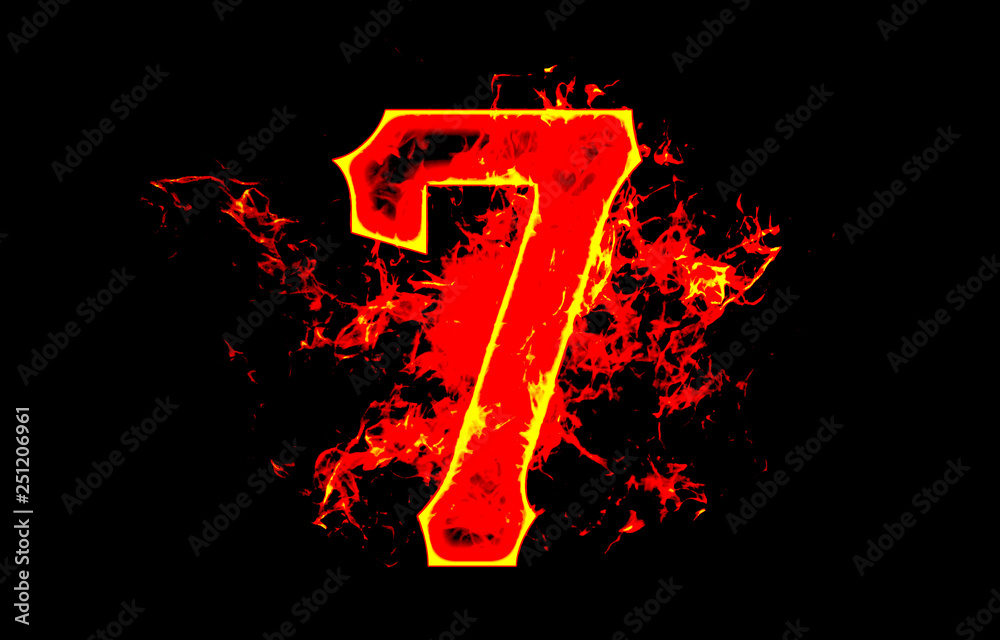 This dude is playing like Johnny freakin’ Bench right now.

10-31 gets the team to 100 losses and likely in the draft lottery which I think would be good for the longer term plan.

And just what are the chances ANY team drafts an organization changing player with even a top 5 pick ?

Not good. Just look at the history of Number 1 overall picks over the last 10-15 years. it is not good.

Planning to lose games in the slim hopes of being able to change your fortunes with that one key pick is not a solid organizational plan. The few teams that made :”tanking” seemingly work did so because they were very good at identifying breakthrough talent and selecting them. Arguably they would have still drafted very good players who contributed even had they picked 5, 6 or 7 slots lower.

The Angels just are not that good at drafting so picking higher will not change that fact.

Why do you think the Angels are planning to lose? They suck. They don’t need to try to tank it just is an embedded trait by the roster Perry assembled.

Exactly. It’s an accident when they win. That’s the beauty of “Team Tank”: this roster is so bad that if they play their very best, the probability remains that they will lose.

I don’t think they are planning to lose. I was arguing against the pro “tank” crowd, which seems to be pretty large on this site.

“Planning to lose games in the slim hopes of being able to change your fortunes with that one key pick is not a solid organizational plan.“

Slip of the fingers I suppose.

Do you even know what context is???

I was responding to someone else’s comment (Fansince1971) about how losing would help them now.

I am speaking organizationally, not just about Perry.

How far back would you have to go before saying we had a GM who really drafted well ?

No. Not at all. I think his poor drafting is a major factor of our continual demise. But the book is not closed on Eppler. Detmers is still young and could have a tremendous career. Both Blakely & Calabrese could turn into serviceable major leaguers. Paris and even JJ and Jordyn Adams could still put it all together. But there in lies the problem. almost 7 years since the beginning of Billy’s regime and other than Detmers all that remains is a lot of failure and a small semblance of fading hopes.

Not really. I don’t think the numbers back that up. Certainly not with the Number 1 overall pick they don’t.

In any event- they are playing for nothing this year so why not?

Angel hitters now in the midst of celebrating yet another Quinceanera

It ain’t gonna get any easier the next 12 games.

Now that’s the kind of news I like to hear. Lotto or bust.