The Mariners were at Angel Stadium for the first time since the brawl. Phil Nevin and Jessie Winker know how big this is, which is why they discussed matters before the game started.

It was Ohtani day again today. He went 6 innings, giving up 2 runs on 7 hits, giving up 1 walk and striking out 8 in his no decision on the mound. Shohei wasn’t at his sharpest, and was hit around a lot. But what was more interesting was his new 2 seam fastball.

Offensively, the Angels were meh once again. Luis Rengifo had a gifted home run thanks to a Jo Adell moment by the Mariners, and Fletcher and Ward did stuff but it was rather underwhelming today.

Winker started off the scoring with a solo shot in the first.

However, Luis Rengifo responded with a solo home run of his own, after review that is.

Speaking of review, there was a confusing review process that ultimately resulted in a foul ball.

The Mariners did score in that inning, however.

Luckily, the Angels responded, again, tying the game up thanks to Walsh.

Shohei Ohtani struck out 8 on the night and left with a no decision after 6 innings.

It was now a battle of the bullpens, advantage Mariners with their 1 run expertise. Mariners 27-14 in 1 run games, the best in MLB. Angels are only 9-19.

Which made it ridiculously stupid that Loup was put in for the 9th in a tied game. Because he blew it. To be fair, it wasn’t just him, Stassi also couldn’t throw correctly, or hold onto the ball. An overall horrendous 9th inning, where Loup allowed 4 runs.

A fundamental breakdown all around.

Angels lose, get humiliated by Seattle. Loup and Stassi absolutely need to be DFA-ED.

Loup needs to go as does the manager for leaving him in. The bottom half of the line up also needs to go. Embarrassing in every which way.

That may have been the worst defense in franchise history. There does not appear to be a bottom for this collection of misfits and losers.

I’m running out of comedy soundtracks for the postgames.

Mets Mariners World Series?
I’d love for YOU KNOW WHO to see that!!

Mets possibly ( They have the horses in Scherzer and DeGrom) ….But Mariners? uh no. They’re just not that good.

But as usual, you’re too blind and ignorant to see that.

Agreed. That personal attack was just uncalled for.

Once again we are the laughing stock of baseball in front of our hated rivals. https://www.barstoolsports.com/blog/3428808/the-angels-lost-a-game-on-a-series-of-9th-inning-gaffes-that-were-shockingly-awful-even-by-their-standards

some bad luck plays and just odd series of events. The most blatant was Stassis overthrow . Some team miscommunication occurred, yea it sucks but I don’t forsee a repeat of tonight. This time I accept, “turning the page.”

We hate everybody
I hate neighbors who have barking dogs that won’t shut up. NEXT!!!!

Who is we?
My hatred is restricted to only you.

The only thing I can think of is it doesn’t do any good to replace him now – putting an interim manager in now just burns that interim’s future as he’ll have to be replaced later as well. I wouldn’t want to be a new “dead man walking” interim manager for the last month of baseball.
Needless to say, Nevin better be fired immediately after the final pitch of the season.

Try to find the humor in it. That inning could have been set to the sound of the Bad News Bears.

I was thinking sped up to Yakety Sax.

“Angels Stassively Blow it in the 9th”

Actually, in that rundown play two people messed up. As you stated below, Stassi needed to run the guy back toward 3rd, but also Loup should have been covering home plate and he didn’t, that’s why Rojas threw back to 3rd — because he looked and saw nobody to take the feed at HP.

Rengifo stone hands on the liner, Loup day dreaming watching the rundown and StASSi not knowing how to execute a rundown

After Stassi lazily throws the ball into centerfield when the runner is 3 feet from the first base bag thereby ultimately putting the runner at their base in the first place. I think Stassi has taken one too many in the noggin.

I say F it. Time to bring up O’Hoppe he can learn on the job. What do we got to lose?

Worried about Stefanic effect. Notice nobody clamoring for him anymore?

Over Jose Rojas? He should be on a plane for Anaheim tonight.

His hitting is horrific, but the botched rundown was not his fault.

He could have trailed the runner closer. But obviously Stassi didn’t give him that chance 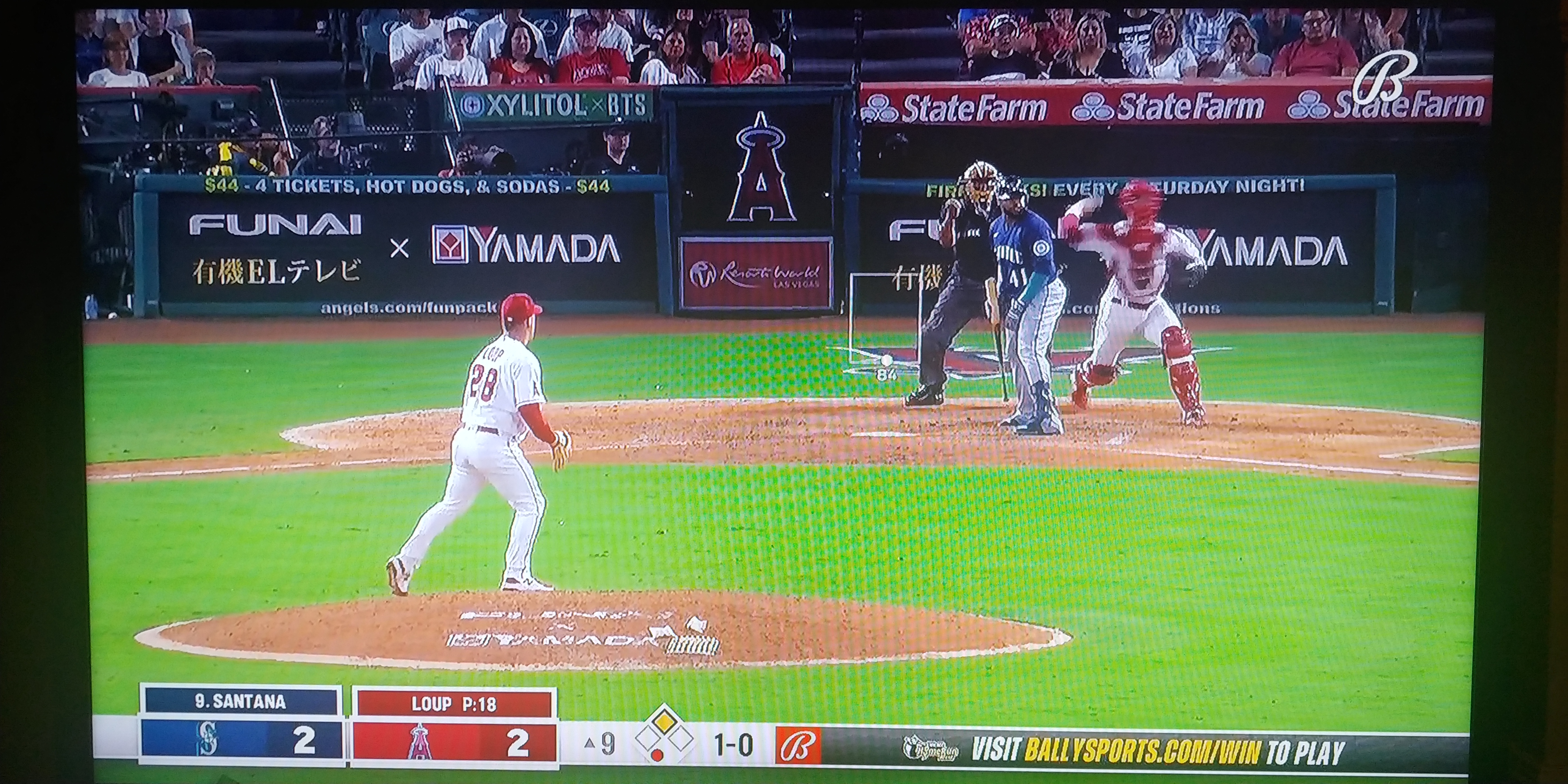 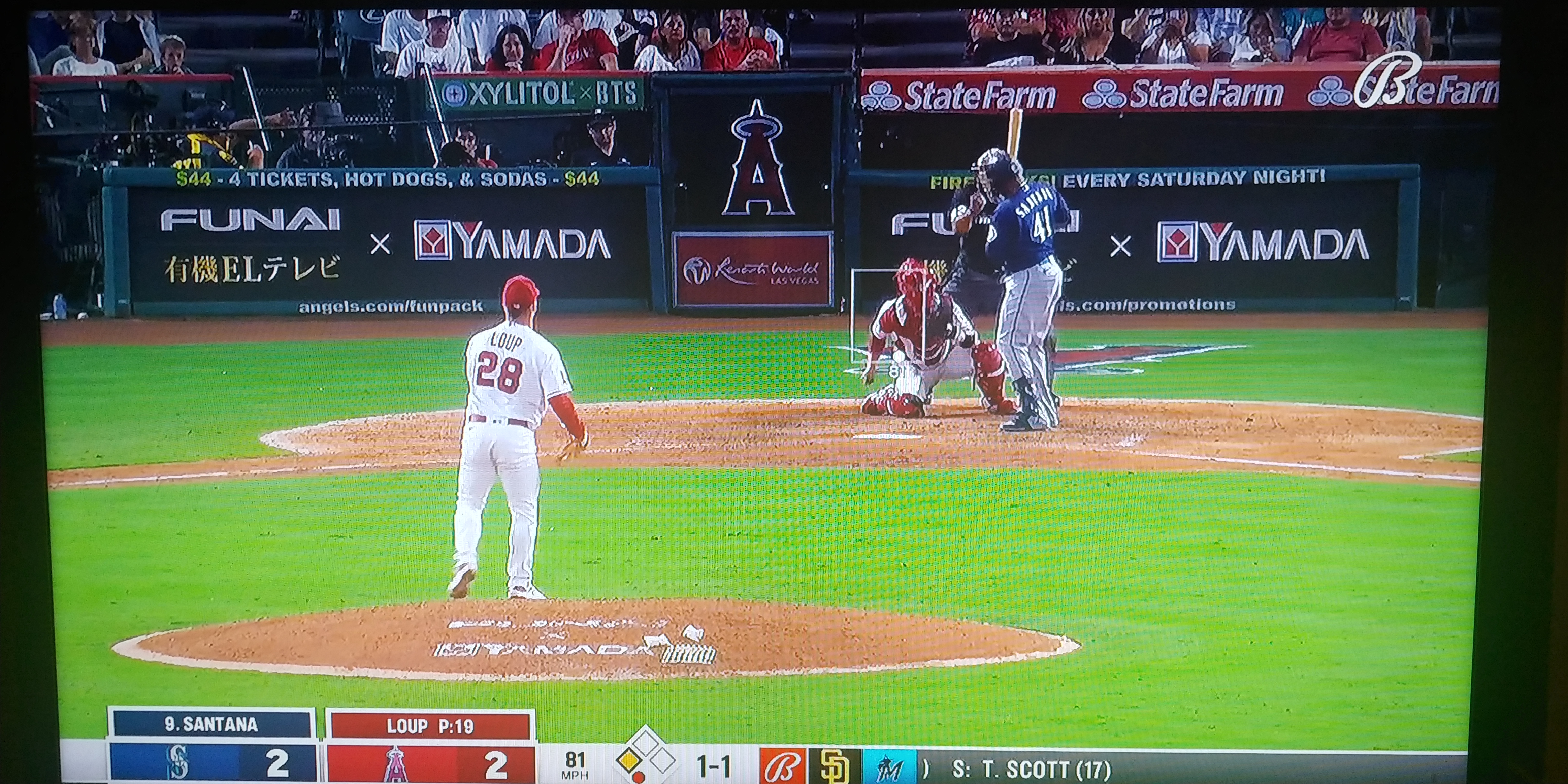 How can you WALK on a 3-1 count when you’ve fisted us TWICE in said at bat? Yes – those are two called strikes. Fans or someone tried to argue (heard 4 voices on TV) but he was adamant it was 3-1 and not 2-2. Vision is one thing – counting is another altogether

How can you sit there and not get thrown out of the game as a manager rightfully arguing on behalf of your team?

Nevin is the most incompetent manager since Cookie Rojas ( sorry Victor) forgot how many mound trips he had made in an inning.

Agree. When something as simple as the count is botched by the HP umpire you have to raise holy hell. That can NOT be allowed to go without a vigorous argument and fight.

Compare this to Soggy Joe. Last year in Arizona , the umpires lost track of how many batters the relief pitchers had faced. Jose Molina caught it and Joe argued with the umpires until they fixed it and made the pitcher come back out and pitch.

Laz is not an asshole. He wouldn’t have overruled the JRod home run call if he was (before Servais challenged the call on the field) Nevin has to understand this and control this . its one of the few things ( the lineup and the bullpen choices) that a manager actually can influence.

How can you expect to your players to have great fundamentals if you, the manager, can’t even keep track of simple fundamentals yourself. The pitch count is basic. If the manager does nothing to argue that – what about his staff? Aren’t they keeping track? Pitching coach? Anyone barking in his ear?

Nothing. The entire staff is incompetent – and it flows onto the field of play.

Baseball is dumb in that all umps should have the count and or be alerted of mistake in balls and strikes and intervene if home plate is wrong. But yeah Laz missed some easy calls and almost hit Ohtani in the face.

In an Ohtani pitching game, not ideal. Figured you can get tickets for tomorrows game for a new low, $2!

I swear this team has been a dump this year mostly by guys who we expected to stink Velasquez, Rojas, Mayfield etc.
But for me Walsh and Stassi have been hands down the biggest disappointments. Even if u take today’s game away.

Yep! Walsh is buns!! Fluky season last year but definitely needs to go this off season

I would keep him, acquire a RH !B to platoon. I think you have not been aware of how many outs he saves the infielders every game.

Walsh had a huge brain fart. High school teams do not play this bad. Rengifo. Rojas, Stassi……Just not big league playing at all. Rengifo will always be a liability in the field, ditto Rojas. I guess tomorrow it may be funny stuff.

He was covering first as there could have been a DP opportunity on that play. Loup needed to cover home but actually Stassi needed to run back the runner more toward 3rd to let the rundown develop.

Exactly that’s why I questioned GPa. Nothing Walsh could have done

Overrated by so many. Potential HR hitter my arse, defense at best average, can’t make the throw to 2b, K pct way to high, and is an idiot in person, huge ego.

If he’s so good at framing – get a job at Aaron Brothers next year.

Well his replacement is almost ready.