What is a pitching ace? Some say that an ace is someone who is able to stop a losing streak. Well, if anyone is an ace for the Angels it is Shohei Ohtani, who went today as a pitcher and hitter. Enjoy this while you can, Angels fans.

Shohei the pitcher went 7 innings, giving up 1 unearned run on 2 hits, striking out 10 and walking 3. Not bad, not bad at all.

What really made the difference was Ohtani the hitter, who had 2 RBI and a run scored, helping himself tremendously. Another other thing was that the hitters were also decent today. Ward, Rengifo, and even Stassi got hits. In fact, this was the first time the Angels had 5 runs in a game since June 22nd.

The Marlins scored first thanks to a misthrow by Rengifo and a sac fly. 1-0 Marlins.

Not to worry, though, as the Angels answered back… eventually, scoring in the 5th thanks to a Trout HBP.

Ohtani gave the Angels the lead with a 2 RBI single immediately after.

That lead would be extended in the 7th, as Taylor Ward singled in another.

Then, Luis Rengifo got the 5th run across with yet another single.

Ohtani continued to go along great, striking out 10 in his 7 innings of work, giving up just that 1 unearned run.

Man, when the Angels win it doesn’t fit the narrative at all.

The Angels didn’t win. The Marlins just lost more effectively than we did.

The narrative is that Ohtani wins and this has precedence over Angels losing, so it still fits.

1 win bc of cheat code Ohtani, the most talented player of all time, to get to 38-45 a worse record than the upcoming powerhouse Orioles and same record as the star studded Diamondbacks, goes against the narrative of this being a completely wasted season that was over by early June? Ok

It goes against the narrative that we’re worse than the O’s and Bags and this was a wasted season by June? That’s what I said. sooo… OK….

the solution is obvious. The rotation should be Ohtani, Thor, Sandy. That’s it. And on the days that Thor and Sandy pitch our bullpen should be Iglesias and Ohtani. Ohtani needs to pitch 300 innings. Let’s see….we have 79 games left…times 9 = 711 innings. Have Ohtani pitch 300 of those, Iggy 51, and Thor and Sandy 180 each. Maybe give them a rest if we have one of those offensive explosions (10 runs or more).

Thor needs to be traded, Perry has 3 more weeks to help the Angels 2023 chances.

Last year I thought Ohtani was a 1B and this season he’s looking like a true 1. Love the opening of the story as Ohtani puts the team on his shoulders every 6 days and they win. I can’t stand the “trade him” comments because this is why you go on in with Ohtani. Character guy and hopefully him and Trout get help. Those guys aren’t griping, as they go out and play

That’s where my mind went too.

Agree, I’ve joined the club. Keep both players until they retire. Dump everyone else. I like watching greatness and have become jaded with wins/losses. I hope they get to the Series some day but not hard core over it with this organization. Too much buffoonery to overcome. Just give me a healthy Trout and a Ohtani back-to-back in the lineup everyday and I’ll tune in.

You mean keep all 3 players because Rendon is untradeable.

He actually meant to keep 4 players. We forgot about the Plumber who secretes greatness.

Has there ever been a team this mediocre with more magical/ historic performances in a single season?

That’s a rhetorical question-?the answer is no.

Maybe. I haven’t watched pro basketball for many years.

You haven’t missed anything. It’s like all the worst parts of soccer (flailing, drama queens) except you don’t have to tune in til the final 2 minutes… that’ll take an hour.

Quite possibly, the most true statement on the internet…ever.

Angels, Lakers, USC football…it has been hell in recent times. 😔

If Arte isn’t going to have to build a new stadium development he should definitely just YOLO that money he had earmarked to keep Shohei here.

If we’re gonna be a mediocre team I at least want these kind of magical performances sprinkled in. Great stuff.

I want more than anything for Arte to build around them and bring the team into the playoffs…..

I pray all the time for Ballmer to buy the Angels

Every night dude. It would be every night. https://www.youtube.com/watch?v=I14b-C67EXY

But but we’re wasting his talents. He needs to go to one of them good teams. We’re not worthy.

I hear you Cowboy…..

Trout plays for the Angels for 10 years and only makes the playoffs once. There is something wrong with this.

Look the Angels wasted Nolan Ryan’s talents during most of his career here. But I wouldn’t change it for the world.

We can’t change the past but we sure as hell can change the future. I still like what Perrys doing with the farm. the trash pandas have a lot of good young Pitchers and position players and just as important they are learning how to win. The I.E. deserves some love from us too. We have a core of young players that 20 years old or less that are competing with a much older crowd and 3 of them ( Catcher Edgar Quero (19), 2B/SS Adrian Placencia (just turned 19) & 3B/SS Warner Blakely ) are damn near all stars. So as bleak as it is before the dawn . Good shit is happening in the darkness.

Now Arte needs to step up and spend some real dough.

Yeah there’s something to be said for history. If you weren’t alive in the 70s/80s for those teams, the stats and seasons Ryan put up in an Angels uniform is pretty sweet to read up on and the team success is kinda less important.

Rings are all that matters. Nobody remembers or really values if you made the wild card or advanced to the ALCS 30 years ago. They care about titles and individual greatness.

And, if he is really serious about changing things he will dump Carpino and swear off the meddling in player personnel decisions.

As a businessman, Arte would be smart to back the brinks truck up and pay Ohtani whatever he wants. I went to Japan in 2019, and that guy is an absolute superstar over there. Every subway station has posters of him, tons of shops in Tokyo, Kyoto, Nara, and Osaka had Angels hats and merchandise. The Halos have to be making an insane amount of money off all that stuff overseas, which I assume would pay for a huge portion of his salary.

Even if you lose money on him, why wouldn’t you do everything you could do have a legendary, historical player forever linked to your brand? He does more for the Angels than any player in the league could.

Angels don’t win this game if Shohei was not on the mound. Still a pop-gun offense. Don’t be fooled.

Disagree. Look at the Angels record when they score five runs. The odds were still in their favor.

Not interested in chasing statistics but guessing most teams have a better chance of success if they score 5 or more runs. Shohei dominated today, set the tone like no other Angel player could do. Any other starter, Angels fall flat.

Oh no! It looks like some people are happy we won! Happiness leads to thirst! NEXT THING YOU KNOW, KOOL-AID! And if people drink the Kool-Aid then they won’t rise up and join in the coming struggle to…. do nothing. They may even go 18 hours without angrily doing absolutely nothing about what they NEED to be pissed about!

Wait. Why is Andy Reid trying to bust through that wall ?

Wait. Why is Sosh trying to bust through that wall ?

Rengifo continuing to get some clutch hits. Keep it going Luis. Hope the Angels don’t start messing with him and just let him play every day

He’s taken a spot with his recent play, but still needs to get walks up which hopefully happens as the lineup improves.

He still needs to walk more and the yips are now returning to his defense but there is definite encouragement.

Yeah and that’s where Velasquez comes in as replacement glove. But right now they need offense bad!!!!

I’m glad Renjifo’s lookin useful but I don’t think he’s ever gonna be a BB/OBP guy, and that’s fine as long as he’s not paired with SquidWade.

Dude, he IS playing every day. Stefanic should be too

I wonder if the Giants would trade us Longoria for a majority salary dump. They’re getting better production out of Flores and potentially Villar, and that would be a decent bat to add to the lineup.

Yeah TBH I figured we would have done something like that immediately after Rendon was done for the year. Perry has this weird habit where he’s either quick with the big moves (cutting Pujols, Upton) or waits way too long to act while he waits for a turnaround with the same ingredients.

I was afraid of this… Loki has not looked like himself lately.

Lorenzen has been physically bad for awhile

Trout is 1 for 18 in July. That can’t continue if the team hopes to have even the slimmest shot at a wildcard spot. Let’s hope he resets during the break.

It would seem our brawl was not the rebirth we all hoped for.

Ohtani dominates and the Angels get a W

Villar, Stefanic,and Harrison are all better pieces than the ones before and they were used effectively tonight and contributed.

Marsh would’ve struck out there, who knows what Lagares would’ve done.

Somehow caught himself on fire.

Made errors and never got one single RBI

I will agree 100% once Monte actually gets a hit.

He did contribute his body being hit by a pitch in the middle of a rally.

And He did not break!

Crap, I never had that. 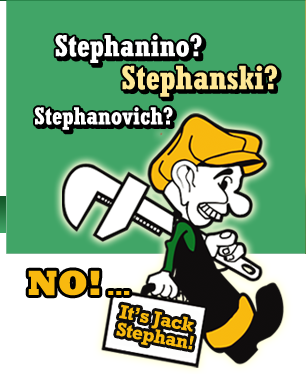 Love me the Plumber….

What also is amazing, is he has 8 wins and had only 9 last year. Now if he turns it on in August and September with the bat, he will win the MVP. Another 35+ HR season would be crazy good.

JC was a great pick up. Never understood the Reds releasing a guy who threw 97-99 mph.

I got something in my eyes.

Let this be the start of the redemption

That was an amazing thing to watch. It’s like Shohtani broke and got stuck in super-slider and 101mph fastball mode.

GPB said we would score more than 3, but what is important is we got the win and it was a great game.

I thought you said we’d get more than 3 hits?

Hey, you are right I did, old age forgetfulness.