The good news is we play Seattle 14 more times this season. The bad news is we didn’t play them tonight.

Reid Detmers wasn’t his best, allowing 5 runs over the first 5 innings. A bomb, a few doubles, just a functional offense from Kansas City.

We don’t norm have that. The Angels scored in the 4th the only way we have lately, on a home run by one of Ward, Trout, or Walsh. This time it was Walsh and a solo shot.

The clear highlight early was this amazing catch by Brandon Marsh.

However, the Angels bars did come alive in the 6th inning. Training 6-1 at that point the Halos pit up a 4 spot to make it a 6-5 game. The biggest swing of the bat came from Ohtani.

But an RBI fly out by Ohtani cut the deficit to 7-6. Then Jared Walsh cracked a 2 out RBI triple to tie the game at 7-7.

Aaron Loup was brought in to protect the lead. Seriously. He did was he does best and gave up doubles to the first two batters he faced. He left down 8-7 thanks to a great catch by Taylor Ward that saved a run and ended the inning.

Bobby Witt Jr. had a great night on both sides of tte ball. He capped his three hit night with a 2 run bomb that appeared to be the final dagger to make it 10-7 in the 8th.

But alas, the Angels brought the tying run to the plate in the bottom of the 9th when Tyler Wade bunted for a single then Trout worked a one out walk.

That tying run scored when Ohtani hit an absolute bomb.

Raisel Iglesias was huge in the top of the 10th, stranding the ghost runner by striking out two and making a nifty defensive play.

Speedy Luis Rengifo was the Angels ghost runner in the bottom of the 10th. Andrew Benatindi made a game saving catch against Stassi and a nice catch to deny Legares a hit. Tyler Wade stepped up, and made his usual out.

Whit Merrifield promptly doubled in the ghost runner to start the 11th off Jose Quijada. Whit came around to score on a dribbler to make it 12-10.

Tyler Wade was the ghost runner (hey, he reached second!) and Taylor Ward hit a single. Two on, no out, winning run at the plate. Trout K swinging. Ohtani fly out to left, runner scores. 12-11 KC.

This was a buttercup of epic proportions. But, hey, Seattle again on Friday!

I was there at GA 10 RBI vs Yanks and the Vladdy 9 RBI night vs Pedro and the BoSux. Two epic games.

Once Detmers didn’t have it, I did my errands. I did see the Marsh catch and I’m fine with him learning. He’s earned it to stay up and K here and there and get those 0-4. Lagares, Rengifo, Wade, Duffy, Suzuki, Velasquez, not sold. The bottom order can’t move runners, strikes out, or can’t hit for power. Today like most days lately, they go as the top of the order goes. Perry needs to bring guys who can at least get on base. As for Loup, he’s running out of chances. I get he’s pricey, but has to be in easier situations until he finds his way again. Unfortunate for Quijada and Herget, it happens. Still had the Angels bullpen put up a 0 in innings 6-9, different ending. I say 1 more BP arm, and fix the 2 spots in the bottom of the order. Halos don’t have a reliable BP yet to play low scoring tight games. Since they beat Bal 7-6 on 4/24, Angels have only won 1 other game allowing 6 runs or more which was NYM 11-6 on 6/11. Bring in help ASAP! 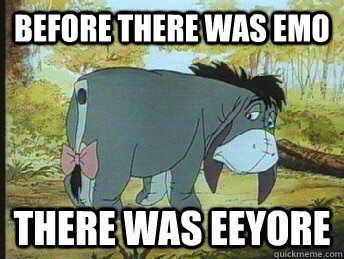 Honestly, tonight I’m proud. Of the team? Hell no, that game was old white dog poop.

I’m just so proud that I got all the way down to the end of these comments and not one moron had the shiny new idea that Arte should probably sell the team.

This is a great night. A night where old pathetic habits have been broken and unicorns laid down and died. A night where, though we’ve been punched in our collective faces, no one blubbered anything all that stupid after the fact…. well, pretty much.

We’re six back in the WC race. I still say go for it. On the other hand, I’d also like to watch the team and this site squirm through a true rebuild. Steak or chicken, both taste great. We will probably win some games though, so I vote steak.

The Angels are projected to win 78 games by PECOTA. How is that much better than actually rebuilding?

Looking at the standings Angels 11 games back in third. Last season the Texas Rangers were trash finishing 60-102 and this season they’ve leapfrogged ahead of the Angels in the AL West.

I know. Why even play any more games huh.

https://www.cbssports.com/mlb/news/angels-tense-times-nearly-included-pujols-hunter-fight-in-2012/ Article is almost 10 years old and the same shit is still happening

I get the bunt not being in vogue but … what are we doing?

This was an incredible baseball game win or lose. We’re you not entertained?

It was highly entertaining.

However I typed that headline in the third inning and never changed it.

What a roller coaster of a game. A glass cage of emotions start to finish. And in the end, a reminder that this team is a pretender, not a contender.

Every day we stray closer to trading Ohtani and or Trout.

Angels never had a lead. That would be a roller-coaster game…..

So this was an extreme game of edging?

It’s whatever you want it to be. A good team would not lose at home to the Royals.. twice in a row. But then again the Angels are not a good team. And they’re not trading Trout because no other team is stupid enough to pay $400+ Million or give up a half a dozen players..

Marsh needs to go back to AAA. DFA Lagares. Acquire some veteran red-ass who can play outfield. He doesn’t even have to hit, since he’d be replacing other guys that can’t hit, he just needs to get in some faces. No leadership, no accountability on this team. It’s fine to have a bunch of guys on a team who want to win, but championship teams have guys who hate to lose. This team is and has been far too comfortable losing

Perry must sell. But what would we get back? Not even wondering who we’d trade, just not sure we’d get anything other than Wades or Velazquezes

Played catch-up the entire game against a 24-win team with the highest ERA in the A.L.

Why don’t they bunt runners over anymore? That was perfect opportunity to bunt Rengifo over. Hell, Lagares would have been the hero. It just makes zero sense to me to let the scrubs just go up to the plate and hack away. I know they suck and are automatic outs but at least put them in a position to be productive outs. Make them semi useful. Getting real frustrating rooting for this team, watching them trot the same type of rosters year after year.

Need to get out of a Slump, go play the Angels!

These are games the Angels should win if they are truly a contender, albeit in a prolonged slump versus early in the season. They do not appear to be a contender and the early success may have been the best we will see this year. Guys like Loup, Velazquez and Ward should not be getting any playing time as they are just killing this team.

They are not a contender. So just watch the games for fun. Or don’t. Whatever works for you.

Another in a long line of worst losses of the year.

I hope everyone enjoys the 20th anniversary celebration of the WS win tomorrow because it will be at least another 20 before we sniff that again.

I just turned 49, and it’s honestly one more WS win than I’d ever thought I’d see in my lifetime. I don’t suspect I’ll ever see another one.

Tank for…honestly, don’t even care. Some one else.