The Angels are currently in a 12 game losing streak and manager Joe Maddon is taking the fall. Phil Nevin will take the reins for now.

This is certainly not the outcome the Angels were expecting when they brought Joe Maddon back to the fold. Known for mixing new school sabermetrics with some old school fun and rock’n’roll, Maddon was brought in to inject new life and strategies to a team that has not made the playoffs since 2014.

Letting the long tenured Maddon go mid season is a departure from Angels managerial moves in the past. Perhaps this is another sign of Perry Minasian being given true control of the team.

It is important to note that Maddon was hired the season before Minasian. Now, Perry Minasian will have the opportunity to name his own manager at season’s end. Phil Nevin was brought in by Minasian.

Stay tuned to CtPG as we provide updates on this developing story.

I had a brief conversation with Joe in the spring. I asked him if he remembered the greatest and most important game in Angels spring training history twenty years ago. I wasn’t sure even if he was there because of split squad. He was there and he did remember, even some of the players. Sele/Klesko. That was the 20 second conversation.

I went home and reread the box score and game write up. I’d forgotten Joes 3b coach was batting 2nd for the Padres and quite involved in both bench brawls that day in the first inning. I wish I reminded him of that.

My choice for interim manager?

When you are goin’ great guns, then the ENTIRE TEAM GETS THE YIPS and loses 12 straight, you fire the manager. Even if it’s not his fault. I don’t think the losing streak is on Maddon. The Angels may win 5 straight now (I doubt it), and it’s still not Maddon’s fault; Nevin is a genius, etc.

This is on the players. Too bad Joe hadda take the fall. But it’s what you do in a desperate bid to “shake it up” and get the players into a mindset – any mindset – other than the one that had EVERY PLAYER SUDDENLY GETTING THE YIPS.

Rendon, Fletch, the stadium deal, the bullpen, Joe Maddon: none of these are “the” reason why the Angels are suddenly an historically Crap Team. If you think there’s “one true reason” why they suddenly can’t play, try and convince me. Go ahead. I’ll wait.

I agree, but this is the career Maddon chose. 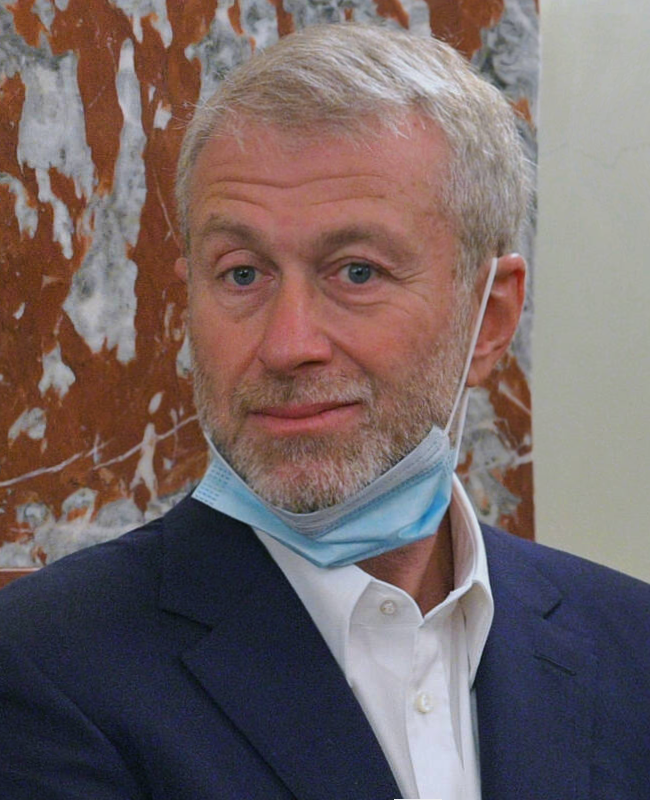 I wanna own a MLB team too, even though I know nothing about baseball!!! I’ll have to buy only canned or packaged food or fast food because I don’t like polomium-210.

I keep harping on this…but OAK, TB, LAD, STL, Milwaukee have daily approaches and plans that work. They don’t necessarily churn out better players, but they play better and look better. They are in position to succeed. If you dump Perry, you have to find somebody that knows the secret sauce. Look at Mat Olson for example. Stud in Oakland, goes to ATL and sucks. Ji Man Choi, afterthought here, becomes a key player in TB. Dodger prospects leave and suck wherever they go after the big trade. That’s why these teams “win trades” because they simply put them in better plans. The guys that needed to be fired are most likely sitting in a cubicle in Angels stadium. I’m for the analytics, but be good at it.

Throw the SF Giants in that mix too since Farhan Zaidi got there.

Joe had to go, I know some of you liked him but he just did not at times know what he was doing. Is Phil the answer? Who knows, I just hope that Arte didn’t pick him as the guy to be the new leader, Arte just can’t pick anyone to accomplish positive results. He chose Albert, he listened to his wife chose Hamilton, Arte wanted Vernon Wells, Arte picked Rendone instead of one year earlier picking Machado, Arte chose his Vice Presidents and his President, but in his defense he did not pick Wilson. I am glad that this went down today instead of waiting any longer.

What better choice to turn the ship around than have Jose Suarez on the hill.

Silseth has been absolutely terrible though. He got bailed out with 3 double plays, and his last game showed his weaknesses. He’s got a great arm, but without proper sequencing his career is going to be short. Better to figure that out in AAA

Once again as with every year the Angels desperately need pitching at the trade deadline. If they can sign someone. Thor pitched a better game but the jury’s still out. Ohtani really needs to step it up. Sandoval as well…

Clearly this is Herget’s fault, right? Dude said we were unbeatable then this team took an immediate nose dive. /S

No, it is apparently the curse of the stadium deal(which some great media already confirmed) with some assistance from Rendon angering the baseball gods by batting LH./s

Going to armchair Manage from home, Lineup should be 1) Trout- CF, 2) Ohtani- DH, 3) Walsh- 1st, 4) Duffy- 3rd, 5) Stassi- C, 6) Marsh- LF, 7) Adell- RF, 8) Wade- SS, 9) Rengifo- 2nd. Speed up top, power in the middle and speed at he bottom. Maybe Trout at Leadoff to set the table, thinking about getting on base and hopefully ignite him to steal again when getting on base. Let the young Outfielders play in Marsh and Adell. Velazquez sits since having no Offense negates his great Defense. No Lagares either, his time has passed. If Trout isn’t the answer up top I’d move Marsh to Leadoff and move everyone else down the order.

You’re only as good as today’s starting pitcher?

Suarez is harrible. I take the over on homers.

On second thought I think you are right; make it 4 HR’s for Bahstan.

Last edited 5 months ago by JackFrost
1

Perhaps director of the Sunshine Retirement Home in Florida is his next stop..

Renjifo must have blackmail pictures of Nevin as well. Must have consulted with Mathis for ideas.

imma just leave this here on behalf of one Mr. Trent Rush who also does not care for foot-long hot dogs:
https://www.baseball-reference.com/managers/maddojo99.shtml

Last edited 5 months ago by DowningDude
0

The same Maddon who elects to pitch to Bryce Harper in the 8th who hits a game-tying grand slam..

That was cause he learned his lesson with Seager

Bringing in Iglesias, who can only pitch with a lead and the bases empty, was as mistake as well

Yeah, that was clearly a mistake. Every manager, even the best one’s ever make those from time to time. Does not make him a bad manager.

A good manager would not have make that mistake..

Did you even read what I wrote lol ??

You forgot Matt not so Wise.

Let’s see if this team can finally put together a winning streak. Phillies got rid of Girardi and have won 4 straight.

BTW – I’m bringing dinner to the ballpark tonight but thanks for your concern over my well-being. Be well, man. Enjoy the game!

Bringing baby back ribs made by my woman, but thx again.

Man! He almost moaded you again!!! But shoot, it’s 2022 and he just sounds like a Cro mag and not the cool ones from the band.

The band? Hell no, I smell 2nd string football all over the guy.

He can’t because you already swallowed it along with that Kielbasa you were sitting on.

Wait. Hot Dogs? Can I have a hot dog?

Oh, wait…. your making a semi-vague reference to sucking on a huge dick aren’t you. I get it. You like to picture guys on this site sucking on huge dicks. I guess that’s OK.

Hey, if you ever picture me doing that can you make sure I have a flowing main of silver blond hair and a luxurious mustache? Oh, and blue satin pajama bottoms.

Oh, and in this fantasy of yours, Clint Eastwood and the monkey he was in a movie with are standing next to you while you hungrily watch. Add that.

That’ll be cool. Thanks. You’re definitely the go to guy for gay fantasy around here.

Oh yeah. When I was a little kid those movies were on Channel 13 out of LA. I loved those. And Gentle Ben. I wanted to hang out with Clint and Clyde and a bear…..

Now Cuda440 has made it all gross and sticky in his mind landfill… sad.

Oh man, you’re in here too? Cuda’s dream is expanding…..

It is so weird having a new manager mid season. A new start to the season. Maybe Phil works out, maybe not. If they lose today, eh no problemo for me. If they win, it might spark some optimism. Either way, its kinda like a funeral for the crappy last weeks of Angels Baseball. Time to move on.

When are lineups posted, so we can start complaining about Nevin.

dunno but I’m heading to the ballpark.

and the Suarez canal is gonna dry up or have a ship try to turn around in it. FIRE ANAHEIM

Wha? This is turrabull! There are holes in mah roster!

Firing Maddon has resulted in Rengifo leading off and Lagares in the starting lineup. Awesome!!

Change was sudden and firm …

I feel sooooo much better. But if this is what the analytics guy says is the best line up, it may be time to fire him too.

Hate it. Fire him already.

Silseth needded to go. I like the kid, pitched well in his first start, don’t keep him around to get his teeth kicked in. Send him down and let him work on things he observed in The Show.

Complaints: Rengifo leading off. Suarez (UGH!!!!!). Lagares still in the majors. Crap-ton Chaos. And deep-fried and done Calamari still in a lineup.

I TOLD YOU WEEKS AGO THAT NEAVEN SUX. Can call this place Halos Nevin now.

he said, she said.

I don’t think the pressure to use analytics like Joe was mentioned in the Rosenthal article is a bad thing. That tension should be there. The front office should try to push analytics 100% because that is their realm along with the construction of the 40/26 man. The manager should try to push for the players on the field above analytics whenever possible if she/he feels that is best to win ballgames. I would guess that tension would result in the best outcome–baseball checks and balances.

Always the chance he’s lying to cover for the players, but if he’s not i’d really like to know how Trout is feeling about all this.

Good to know Carpino was in the Loup…or loop.

CARPINO! Now, even if we win the World Series, I hate this decision.

Carpino to Perry: “…as long as the per caps stay high, we’ll be fine”

I understand the chain of command, but I’d also talk to my #1 soldier.

If you were PTP you would also totally avoid admitting Trout knew anything…. as in you texted him, not talking, or you had an assistant talk to Trout, or Arte spoke to Trout, and then spoke to PTP….