The Angels had a third straight early game and second straight in the AM. Perhaps they weren’t awake, as their bats certainly hit the snooze today. Sure, you can say that Ohtani wasn’t in there, but so many players going 0-fer means it doesn’t matter. Besides, Ohtani did pinch hit, and grounded out.

Patrick Sandoval looked to win the series and continue his excellent start of the season. However, the opposite happened. Sandy allowed runs! He went 6 innings, giving up 3 runs on 6 hits while striking out 2 and walking 3.

Offensively, the offense was offensive, only managing one hit in the first 7 innings. (Thanks Taylor Ward). However, defensively, Jo Adell was somehow just as bad, as he made 2 horrible plays in the outfield.

The Sandy man finally gave up a run this year in the first, getting hit hard on back to back batters. While he was getting blasted, Jo Adell did not help matters, failing to catch an easy ball and then committing an error. Sandy loaded the bases and somehow only allowed 2 runs to make it 2-0 White Sox after 1.

Meanwhile, the Angels mustered only 1 hit as they kept striking out. The only other baserunner in the first 6 innings was a HBP. They just looked lost out there.

Sandoval gave up another run in the 6th, in part due to Jo Adell, again. The 3-0 deficit into the 7th was looking bleak.

In the 8th, Kurt Suzuki managed to get the 2nd hit of the day, but was stranded.

The Angels went down quietly in the 9th, losing 3-0 and splitting the series in Chicago’s Southside.

Adell optioned back down to AAA again to learn how to play the outfield. So if or when he’s called back up with undoubtedly still some issues in that position we can hear that he’s still a “work in progress” for the 10th time……..

I find myself comparing Adell and Marsh in the outfield, aesthetically. Marsh looked bored fielding fly balls, almost like he’s insulted at the easiness of the play. Adell looks flat out scared, even on routine plays, like your classic little league right fielder just praying he doesn’t screw it up. It’s sad to see. I wish the kid all the luck.

I was just thinking that it’s a good thing to not be happy with the split. I think that I would have been happy with a split in the last six years or so. It means the expectation level has risen for the Angels.

Adell is just not looking good. I didn’t see the errors or miscues but it makes me cringe just to hear about them.

From here on out every pitcher is going to be pumped to beat us. How often in your career do you face a team like ours with two MVP’s in their prime and a team that can cover their ass with very good players filling in at every position.

Adell could be shipped out, then who comes in to replace him and from where. I think he needs work to read the batted balls to LF. Maybe a couple of months are needed at AAA, then we are required to insert an infielder in LF. Maybe Capt. Jack or the plumber. But it just is not good to keep doing the definition of stupid.

A couple months??? Adell had a couple of SEASONS down in AAA. Trade him and let some other team deal with the “work in progress” which has been heard ad naseum. He’s a liability in the outfield..

Well he should be better in the outfield after 100 games. Because he still sucks in the outfield. Or make him strictly a DH. Or better yet let some other team deal with the “work in progress”………

I’m not so sure that selling low is the way to go. He’s still a young dude.

We’d likely call up Sierra from SLC if we sent down Adell…. crap, I just looked at the SLC stats. Friggin Rengifo’s killing it again. If we call him up everyone’ll tie their own balls in a knot.

Not a fan of knotty balls

Getting my ball tubes tied in a knot was probably the most awkward superficial conversation of my life.

Not for me . My wife signed the paperwork in like 5 milliseconds.

Lol. I meant making small talk with some random doctor while he was tugging, snipping and tying my tubes.

All I remember about mine was that the doctor was a red haired dude who looked WAAAAY too young to be doing that to me.

How many more seasons are we going to hear that Jo Adell is “still a work in progress”??? It’s getting really old hearing that from Angels’ lapdog apologists i.e. radio announcers Terry Smith, Mark Langston and Trent Rush who have to do this never-ending tap dance and have to tread lightly. Heard it last season and the season before. There comes a time when it’s past time to just move on. Adell is clearly a liability in the outfield. Let some other team deal with it..

It’s a win win for you. If we keep him, you can bitch. If we trade him and he manages to improve a little in LF and then mashes for what ever team he’s on, you can bitch. Either way, bitch.

Thing is, why get rid of him? He’s got MiLB options. He’s got a 105 OPS+ while still being a basket case. If he can just get his defense together enough to not totally tank his value he’ll likely be a pretty good player. That’s why they won’t ditch him. But he’s probably headed to SLC. They can get some other 4th OF type guy and let Adell get reps in SLC. That’s what I’d do, there’s no way he’s getting lots of time in the field now that Ward and Marsh have staked their claims.

This is really puzzling to me: as far as I know, he was thought to be a plus defender in the minors, although mostly in RF or CF. I figure that he has been LF long enough that he should have developed some routine, but perhaps not. While I’m hardly knowledgeable, it does seem like much of his problem is mental, fwiw.

I think those who say it looks like he’s got a mental issue are right. He was good in the MiLB, but he just looks lost sometimes on the big club. We need some sort of wizard to take him on a spiritual journey and help him face his fears.

Send him to the Field of Dreams to align his baseball chakras.

Win 2 of 3 in Boston please

Win 3 of 3 in Beantown Please

I want to see us crush the Chowds, drive them before us, and hear the lamentations of their (so-called) women!

Last edited 9 months ago by gitchogritchoffmypettis
1

Shoutout to the batters for striking out in more than half their AB’s. 15K’s/29AB’s.

The Adell as fielder thing: I’ve slowly realized it’s a tough one to face. Can you teach how to be a “decent” MLB outfielder? In a short period of time? I don’t think so. Depressing. He’s about as bad an outfielder as I’ve ever seen right now. Damn. I really like the kid, but he’s a serious liability out there. How can he improve?

That’s the pickle, I honestly don’t know but if he’s been playing outfield at a professional level for several years now and he’s still this bad I don’t see anything changing fast. Is it mental? I seriously have no clue. I just feel like he takes the routes I would take.

Joe did start baseball late but the Angels have failed to develop his raw skills. Big failure. How hard is it to assign someone to work with Jo and work on basics and hit 100+ fly’s a day? Getting reads off of fly balls is a skill one can obtain. Like taking grounders. I’m sure he is out there hoping the ball does not come his way.

His hitting has improved, and he actually makes some great plays in the OF cause “athlete” but you’re totally right, I wish they would just pay a Gold Glove caliber ex-MiLB CF who couldn’t hit off speed pitches 100K to just hang out in SLC with Adell for a couple months. Practice a ton, go over film, talk about situations in the OF…. like sending him for a quarter of outfielder college.

Is Lagares available? I heard he won a gold glove.

If not to play, perhaps as an OF coach?

I like Adell. I think he will become an impact bat. Sucks to see him platooning but I get it.

since we’re paying Upton, can we bring him back?

Honestly, I wondered about that. Is that actually allowed?

Sure, for a prorated minimum…oh, wait
/s

Your kidding, right? Have you seen all the contenders racing to sign him? Crickets.

Cease pitched the game of his career today, we just happened to be there that’s all.

Adell needs to go to Salt Lake, or be trade bait. I’ve just about given up hope he can be a MLB outfielder.

Wow, completely forgot there was a day game today. But, maybe better that I ended up focusing on my day job, well focusing as much as a Monday will allow me to.

Positive vibes for a solid Angel pitching performance. Holding the opposition to 3-runs is usually a recipe for success.

A split is not that bad. Now it’s time to beat up on the hapless Red Sox. 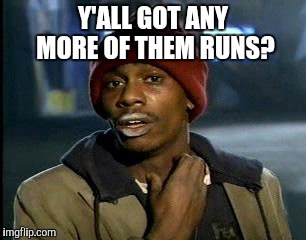 Turn the page as quickly as humanly possible.

You did this last year. Don’t tempt the baseball gods. They will disappoint you.

I don’t remember doing that but maybe I did. Well, there’s this.. If we have two other stretches where we go 15-9 and play .500 ball over the rest of the season we’ll get to 90. What I’m saying is I still like where we are after 24 games.

I agree with that premise.