MLB.com says that the Angels have the sixth best bullpen in baseball. Is this cause for celebration? It’s not the top bullpen but, if it’s true, number 6 is pretty upper crust considering all the complaining we do around here. As might be expected, the Angels did not fare so well in the Fangraphs positional ranking for the shortstop position.

The Blue Jays are going to sign Dexter Fowler. Dexter, we barely knew you. Best of luck. Jose Quintana is apparently considered the Pirates best starter. This article is about pitcher power rankings. Shohei Ohtani was number 12. Noah Syndergaard didn’t make the list. The list is just a ranking of each team’s ace.

Evan Longoria will miss six weeks after his hand surgery. Pitching prospect Hunter Greene made it onto the Reds pitching rotation to start the season. Meanwhile, the Brewers selected Jose Urena to their major league roster. The Padres traded James Norwood to the Phillies for minor league infielder Kervin Pichardo. For their own part, the Phillies traded Adam Haseley to the White Sox. The Mariners sent Connor Phillips to the Reds to complete the Jesse Winker trade. The Twins signed Chris Archer to a one year deal. 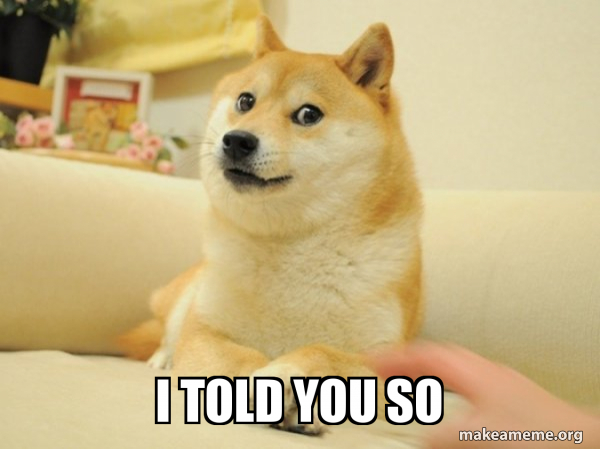 Well, it’s not TAME – that guy was at least funny.

TAME was wise beyond reckoning. We will win some games.

Last season Suero probably would have made the opening day roster.

I guess the Wander man suffered from extreme whiplash last year giving up a whopping 11 taters in only 42 2/3 innings pitched.

Poor Brian Cashman and the Yankees are still whining about the Astros sign cheating scandal how it has been the sum of all their failures the last 5 seasons.

Geez Cashman. It hasn’t stopped the Chowds, The Nats, The Doyers and The Braves from winning a World Series so maybe its time to get it over it .

BTW weren’t the Skanks also up to some nefarious shit themselves?

Like whut?
Being richer than everybody else isn’t cheetin. Yankees have won 4 championships under Cashman not quite as good as Nick Saban or Bill Belichick in pigskin but still quite good. next guy was brian sabean who won 3 with the Gigantes 2010-2014. QUICK!!!! GO RUN AND SEE IF I GOT SOMRTHING RONG!!! LOL!!!!!﻿ 😆 ﻿

This is just one of many stories. https://www.audacy.com/weei/sports/red-sox/mlb-keeps-sweeping-yankees-cheating-scandals-under-the-rug and it looks like we are soon to get even more: https://www.cbssports.com/mlb/news/court-rules-2017-letter-from-rob-manfred-to-yankees-regarding-sign-stealing-should-be-unsealed-per-report/

Brian Cashman has been the GM of the most valuable and powerful team in all of Major League Baseball for 25 years now. And he has exactly 1 world championship ( Thanks to Brian Fuentes) in the last 22 years. Coincidently the same as the Angels have. So I would consider that a failure. Wouldn’t you?

You know, if you came out of your bathroom stall longer than to just bomb us with your stupid posts maybe you could actually do some real research and then post something that is more than just incoherent drivel.

Damm that Brian Fuentes guy!
The field skipper matters UHGAYNE!!! Wee neid a tyme masheen so Scioscia can use somebody else to get out a guy hoo woulduv been career .150 hitter if not for PEDs. GOOD GAWD!!! IT’S NEVER OUR OWN FAULT!!! Why don’t you wait before you speculate over a team that you hate because they’ve had more success than us.
Aaron Boone makes less than Quirky Joe the old hippie.

Man you suffer from diarrhea of the keyboard. Please go get some medical help.

Our first game back after an off day and no Rendon . WTF?

Maybe he already is but no one knows it?

Might have left early for Saturday nights game in Anaheim

Actually the Big A game is Sunday but that brings up another bitch I have.The Angels have a game scheduled for Saturday against the Cubs at Mesa knowing that all regulars and semi regulars will already be back in the southland. Why waste an off day Yesterday if no-one was going to even be in Arizona after Friday evening?

My bad it is Sunday, so maybe he misread the schedule like I did and will partake off the additional rest

It is funny that you mention about Rendon. I am already thinking about weakness in the middle of the order for Opening Day. The Astros are very saavy. They have announced Framber Valdez as their starting pitcher against Ohtani. By throwing a left they sort of neutralize Walsh in the middle of the order. Assuming Ohtani and Trout get walked or at least pitched carefully to,that makes the # 3 and #4 hitter very important for that game.

Since Rendon hasn’t started hitting yet this Spring and is understandably pretty rusty after all that time off I could foresee him starting the season slowly, failing in multiple RISP scenarios. If both he and Walsh have bad games against Valdez it could stall our offense.

Since I am already thinking about Opening Day, I would strongly consider starting Upton at 1B that day and bat him 4th! Yes, you heard me right. He is swinging it well right now, and I like him in that key spot more than Walsh against a left-handed pitcher. Perhaps Houston did this to force our hand. Anyway, I don’t like a 3-4 of Rendon and Walsh going into that game.

Last edited 10 months ago by JackFrost
1

But we don’t need to do that. We have Taylor Psycho Ward and all of his awesomeness.

Duffy as well as Mayfield can play 3B. When I present my preferred lineup for Opening Day (just this game, not the entire season..) some will be surprised to find a batting order sans Anthony Rendon !

Some good points, your predictions I’m sure will be proven correct .

You typed Upton so I automatically have to comment urr derr durrrr deee derr they should just release him blatty bloooo tootytoo….

There just *HAS* to be an ISIS joke somewhere in there…

That was the straw that broke the Pirates back and sent them in a downward spiral. Horrible, horrible trade.

Not just trading for him, but giving up all their best prospects for him, too, and almost literally all. A genuine head scratcher.

Padres want an outfielder and are willing to trade a pitcher.

Feels like there should be a fit there somewhere

The Pads seem most interested in Bryan Reynolds. If true, we’re on the outside looking in.

Who wouldn’t want Reynolds. He is really, really good.

Stupid cheap Arte. Why don’t we have Reynolds so we can trade Reynolds?

Would’ve been great earlier in the off season when the Angels could have landed a decent OF’er in free agency.

Now there’s nobody left if we trade one away.

If you never attended a game before the football expansion in the 1980s, you missed out.

I remember when the A was in Left Field. Great times. Seeing Baylor, Carew, Grich and Carney Lansford etc..

The stadium of my youth

Wow, so much undeveloped land.

The green patch beyond the left field is Malibu Grand Prix, which was a high-priced go-kart track.

I went to the one in City of Industry as a kid.

Went to the one in Northridge.

Was that the one near the Puente Hills mall?

I was halfway between the City of Industry and Pasadena locations, and went to both.

I recall the lights on the side of the Big A would stream in opposite directions after an Angel homer. Anyone remember that or I could have been hallucinating. “all the leaves are brown…and the sky is gray“

You are correct — the lights did stream up and down in opposite directions.

If you overlay Google maps over this photo, it shows we now have 4,093 Starbucks all in the same footprint.

Isn’t this around the time that you could see strawberry fields forever?

Only if you could afford a ticket to the Beatles.

I mean, it was in the middle of nowhere, man.

It was so far away it might as well been across the universe.

Is one of those streets Penny Lane?

Will we ever get a new, refurbished stadium?
If it takes another 10 the answer is the same as no.

Good morning, Ya’ll, thankfully we have game today, so today will be a good day and even better if we win.

Bullpen rating of 6th best, kudos to PTP for sure.

But if Loup turns out to be poop we could be less than 6th.

I just hope that after he blows his first lead in the 8th Joe demotes him quickly so it doesn’t cost us more than one game.

I think he’ll get a number of tries. Scioscia would have used him 1/2 the season regardless of the results.

Agree with the Scioscia part.

plus hes signed for 2 years so even if he fails this year, the Angels cant give up on him.

The good thing is Joe’s got options even if Loup is Poop ( Buttrey, Wantz, Ortega, Marte, Hergert plus possibly guys from the 2021 draft) The only concern is he’s our best left handed option so if he fails unless some of these other guys have reverse splits (kind of like Scot Shields) this could be an achilles heal against a team with a lot of tough lefty batters.

Yeah, not having a reliable lefty would be a bummer. But if Tepera turns out to be solid that would still help. I am also curious to see what happens with Buttrey. Perhaps the team doesn’t want to just throw him a bone and put him on the Opening Day roster because of the way he unceremoniously retired after being demoted.

I like Buttrey so I hope he gets a shot with the big club sooner rather than later. I do believe he can achieve a semblance of his former dominant self.