The weekend of baseball was surprisingly action-packed.

“A federal judge has denied a motion by prosecutors to compel the Angels to comply with a subpoena seeking information about members of the organization possibly distributing drugs,” says the LA Times.

Jeff Passan of ESPN reports that Major League Baseball clubs plan to cover housing for minor leaguers starting next season, although a formal plan has yet to be outlined. It is unknown whether teams will be physically providing housing or issuing stipends, although the latter is a bit more dicey because of the call-up nature of Minor League Baseball, which may make it hard to find and break leases easily. Regardless, this is a huge step forward for baseball and will probably reap dividends in the near future.

MLB is considering a streaming service package for local markets that avoids cable, says the NY Post. This would definitely be attractive to me, as I would pay for sports, something that I watch most frequently on cable TV.

The Dodgers, who do not have homefield advantage over the Braves despite winning nearly twenty more games than the Atlanta club, fall in Games 1 and 2 in walk-off fashion. The pitching situation is completely jumbled, and who knows who will pitch in Los Angeles.

In the other series, a slugfest in which both teams exchange heavy blows, Kiké Hernandez is having himself a gem of a postseason.

The Red Sox return home for a game tonight against the Astros in Boston. Some Red Sox checked out the local Patriots game on Sunday.

Not sure how positive this can be but driveline seems to be a decent place to come from.

Finally! It would appear that the Arch Angels are emerging from the Dark Ages..

Did you you mean to say the “Art Angels”….

Fingers crossed this is part of positive steps forward along with the other hires. Looks like Perry might have finally convinced Arte to reevaluate his “little multi billion dollar operation” and hire some help. Someone appears to be putting his fingerprints on this organization with Arte’s approval…..sure hope he is the right guy!

Not sure if anyone remembers the former Bruins (NHL) player who passed away recently, but it came out that he also died due to fentanyl – https://www.nbcnews.com/news/us-news/former-nhl-player-jimmy-hayes-died-fentanyl-cocaine-intoxication-m-n1281750

Being an Angels fan is tough. One day Arte is asking you to put up with preventable losing and outdated strategies. Then the next day he’s perpetrating a humanitarian crisis and you just have to keep rooting because you love the team

Which humanitarian crisis are you referring to? The Opiod crisis, Unsolicited Dick Pics or the lack of housing for Minor league ballplayers?

I was actually talking about the training staff

All three of those are one in the same: Arte is Dr. Evil

couldn’t find a picture of him…….this will have to do. 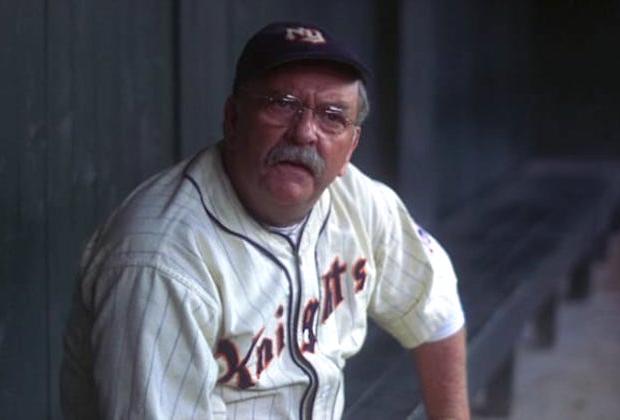 Isn’t he the Postmaster General?

My fave is as the Assistant Attorney General in Absence of Malice with Paul Newman and Sally Field. He walks in and just takes over the scene. From Paul Newman!! Damm!!

Just read Carter Hawkin’s Bio
went and played for the Vandy baseball which along with Duke and Rice are among the South’s 3 best schools and worked under Cleveland’s Mike Chernoff.
Reads definitely like somebody Arte would’ve passed on. If he’s smarter than John and Dennis than why hire someone like that?

He has done enough damage we can probably now add Arte to the Mount Rushmore of cult leaders…..Especially after the Joc debacle.

Arte nixing this trade was met with unanimous angst here. Everybody was pissed. A power bat for the outfield and some much needed pitching depth is exactly what we needed.

The results for Joc and Stripling were horrible last year and even most of this year for Joc, but with the knowledge we had at the time, we were pissed at Arte.

True. That’s why when Arte argues with Mrs. Moreno, his “mic drop moment” is using his veto of that trade as THE time he was right.

This means I can’t joke any more about his dining habits. No more “Butterfield ate”

I don’t know if its an Italian thing or not but based upon his moves, Perry is definitely anti butter

might be anti Maddon……starting to let go his buddies…is he done after next year?

When is Maddon’s contract up?

2022 unless Arte gave him an extension we don’t know about.

For me, I would wait until after 2022 to evaluate a new 1-yr extension.

With those grabs, he was certainly the one holding us back.

JP is an over-hyped player. He’s Chris Davis without the stupid contract. Also don’t forget the Ross Stripling aspect of the trade. What do you like best about Stripling: the ERA? The WHIP? The BB/9? The HR/9? He would have been another “never been” player on a team with too many “never been” pitchers.

Regardless of who the Angels would have given up, it would have been way too much. Killing this trade is one of the better things Arte’s meddling has accomplished.

I personally don’t believe Arte has much knowledge over player projections and/or knew that Stripling and Pederson were going to tail off.

Pederson was coming off 3 of 4 seasons over 125 OPS+. Even if he had to be platooned, he would have been a massive help, as we were struggling to fill a corner OF. Stripling had an All-Star season in 2018 and pitched to a 3.47 ERA in 2019. Andy Pages is currently a top-5 Dodgers prospect.

Now we can assume that the Dodgers knew something (like they always do), but arguing that “killing this trade is one of the better things” Arte has done seems incredibly off.

He’s just depth
a middle of the road pitcher, this a Farhan Zaidi and Jedi kind of deal until your farm system comes up with better people. You would’ve rather had Packy Naughton and Jansen Junk? BTW nobody ever asked why Arte did this either……..

Uhhhh, I think just about EVERYBODY asked why Arte did this. You probably just couldn’t hear it from up there on that cross.

Yeah, because we had absolutely NO need for pitching.

Yeah, but that’s irrelevant. In response to my comment about pitching you said, and I quote,

Is that your database?

After he uses it, it is.

….and here’s 2002 creating his next brilliant post regarding players Arte missed out on:

Right. It was the failed trade and not, say, signing him in the off season (he was a FA signing by Chicago, who then traded him to Atlanta mid-season).

Plus, he was a below average player all season (though not quite as bad as in his last year in LA, which is why the Dodgers just let him go to FA).

So, he hits a couple of times in a short series. All hail the super smart 2002 – just don’t let him run a whole team without a crystal ball.

Bad reference
The Cubs went into full rebuild and fire sale mode this summer. Never said he was gonna replace Mike Trout. However Perry could’ve probably got him for a song and dance and certainly the Cubs weren’t gonna ask for Brandon Marsh or Reid Detmers. We were already without Trout for 2 months at that point, and the clown show in the outfield was on full display.. Guys like him are what the poor low budget teams do to stay competitive during the regular season until they get into the playoffs and face teams with actual stars and deeper pockets.
That’s MLB not the NFL……..

Wrong. it was a great reference, unlike your education.

So, first we should have traded for him – when LA was going to let him walk?

Then we should have traded for him from Chicago mid-season? Because getting Joc Pederson would have landed us in the playoffs? Are you high?

Make up your mind. You don’t even know what you are arguing from point to point.

Did you check Pederson’s stats for the year? We got better production out of Taylor Ward.

The housing thing is interesting that it took this long when it seems like you could just find a few national brands to sponsor some of the program’s expenses and it would still make a tremendous impact. I imagine if you got AirBnb, Ikea or WestElm or whatever to chip in with funding/properties/furniture this wouldn’t be that big of a hurdle.

Buy or build a condo complex, furnish it, then let the players stay there all year, it doesn’t have to be just during the season. That way they can train in the off season, and if they et called up to another level, there will be another player to take the spot in the condo. 2 to 3 bedroom condos with 2 to 3 players in them. The property will only increase in value.

I like the idea, but not sure if arte wants his players chillin around downtown san bernardino on their off days, lol.

They can drive or UBER / Lyft to Redlands

I’ve long advocated for this. There would need to be a hellacious personal conduct/no guests policy because 18-25 year old athletes is an adventurous group to say the least.

Taking a look at real estate in Salt Lake, Huntsville, and San Bernardino, Arte would’ve done really well if he’d bought condo buildings in each a decade or two decades ago. Not in cash flow, but in property appreciation.

There’s got to be all kinds of tax manipulations that can be done to make buying housing for players cheap or profitable for a team too.

Depreciation (awesome to write depreciation off an asset that actually appreciates in value), and every dime spent on repairs, taxes, and insurance. And I’m sure an accountant could find even more.

The one thing that would scare me would be lawsuits from the inevitable injury/drunken stupid shit/overnight lady visits. There would have to be a Code of Conduct rider with strict rules.

Until you sell it and then your tax basis cost is lowered by the amount that you depreciated. So eventually the tax man cometh.

Great move and long overdue as housing has always been a nightmare for MiLB players. Mostly guys rented a small apartment with too many guys or got hosted in sponsor houses where you rented a room. Often times those weren’t great for 18-19 year old kids who wanted to make their own schedule and living choices. Bringing home a girl was a hard no and showing up buzzed was an automatic lecture in most cases.

It’s funny how during the regular season the stolen base is maligned as a counterproductive effort that leads to unnecessary outs and limits your opportunities for scoring, but once the playoffs start, the stolen base transforms into a key offensive weapon that puts pressure on pitchers, moves runners into scoring position, and leads to precious runs being scored that help you win playoff games.

My totally unsubstantiated position is that teams really shy away from base stealing because players suck at it these days and it’s a great way to injure a star player that’s getting paid 20M a year. They just say it’s strategy demanding no more steals.