This was already shaping up to be a major try-out game for all the newbies and then Justin Upton was scratched late. It turned out to be his back again. Instead this turned out to be a try out game for marginal veteran players wanting to play next year. Gosselin got moved out to left field and Jared Walsh was penciled in at first. Hang on to your hats! Sooner or later we might witness some Junk, here! Not tonight, though!

Leody Taveras popped out to first base. Isiah Kiner-Falefa struck out swinging. Adolis Garcia also struck out on a foul tip. Three up, three down.

Jack Mayfield struck out. So did Jared Walsh. (Poor guy. He had to face a lefty.) Jo Adell then grounded out to first to keep the double perfect game alive.

Kurt Suzuki popped out to second base for the first out. Holy crap! Juan Lagares homered to break up the double perfect game in the third. Lock it down, guys! Luis Rengifo struck out. David Fletcher lined out to center field. The Angels were winning a good old fashioned pitchers’ duel at this point.

Leody Tavares doubled on a liner to left field. Isiah Kiner-Falefa hit a fly ball to left for the first out. Adolis Garcia struck out, but not before Tavares made it to third base on a botched pick off play. They gave Suarez the error. DJ Peters struck out swinging to make out number three.

Shohei Ohtani hit a grounder to first for the first out of the Angels fourth inning. Phil Gosselin lined out to center. Jack Mayfield grounded out softly to the pitcher to complete the fourth inning.

Nathaniel Lowe singled out to Gosselin to open up the fifth. Nick Solak popped out to Rengifo for the first out. Charlie Culberson singled on a soft grounder to Suarez. There were men on first and second with one out for Yohel Pozo. Pozo hit a fly ball out to center to make it two outs. Nobody advanced. Jose Trevino hit a fly ball out to Phil Gosselin to end the Rangers’ half of the fifth inning.

Jared Walsh grounded out sharply to third base. Then Jo Adell singled on a liner to left field. Kurt Suzuki lined out to center without advancing the runner. The mighty Juan Lagares came up with a man on and two outs. Then Jo Adell was almost out on a stolen base, but he was ruled safe after the initial call was overturned on a challenge. Lagares struck out to make it a moot point.

Leody Tavares, whose batting average was now up to .122, grounded out to second to bring it back down to .120. Isiah Kiner-Falefa hit a fly ball out to Phil Gosselin. Adolis Garcia struck out swinging.

Once again, up came Luis Rengifo and he worked a walk. David Fletcher reached on a fielding error by Charlie Culberson and Rengifo advanced to second base. With two men on and no outs, Shohei Ohtani came to the plate. He homered on the first pitch and it was 4-0 Angels. Phil Gosselin singled to right to keep the hit train moving. Jack Mayfield grounded into a double play. Oh well. Next up was Jared Walsh, who singled to center field chasing Kolby Allard out of the game. Demarcus Evans came in to face Jo Adell and struck him out to end the sixth inning.

DJ Peters was called out on strikes to open up the seventh inning. Suarez had thrown 71 pitches at this point. Nathaniel Lowe grounded out to the shortstop, Luis Rengifo. So did Nick Solak to end the Rangers half of the Seventh Inning.

Kurt Suzuki hit a fly ball out to center fielder Leody Tavares. Juan Lagares struck out. Luis Rengifo was also out on a fly ball to center. These guys are not helping their cause (other than the homer hit by Lagares).

Suarez came back out in the eighth inning to face Charlie Culberson. Culberson grounded out to Rengifo, who at least made his plays at shortstop today. Yohel Pozo singled on a ground ball out to left. Jose Trevino grounded into a double play started by Luis Rengifo. The Rangers had three more outs to play with and the Angels were yet to bat in the eighth. Nice game for Jose Suarez!

Spencer Patton came in to replace Demarcus Evans. He got David Fletcher to ground out to second. Shohei Ohtani singled to right field to bring up Phil Gosselin with a man on and one out. Unfortunately, Shohei Ohtani was out stealing to make it two outs. Phil Gosselin was safe at first on another costly fielding error by Charlie Culberson. Jack Mayfield made out, though, on a fly ball to center to end the eighth inning.

Brandon Marsh came in to replace Gosselin, except playing in center field. Jo Adell moved over to left and Juan Lagares moved over to right. Jose Suarez was still pitching! Leody Tavares singled on a grounder to David Fletcher. Isiah Kiner-Falefa was batting when a wild pitch advanced Tavares to second base. Isiah Kiner-Falefa hit a sacrifice fly to center to advance Tavares to third base with one out. Adolis Garcia grounded out to score Tavares. 4-1 Angels. DJ Peters grounded out to end the game. the Angels won it 4-1.

Tied with Mariners, only 5 games ahead of us……Not so tuff are they!

wow. I didn’t realize that Seattle had caught them. Good thing we let them win some games instead of sweeping all six back then. I hope Boston (and New York, too) collapse now. I would greatly prefer Seattle getting in over either of those two.

Sort of disagree. I don’t hate the Yankees the way you do. They are the enemies of the Red Sox, so how much can I hate them? I actually dislike the Mariners far more than the Yankees. But I would not mind seeing the A’s collapse continue….

Is it me? because I hate them all. 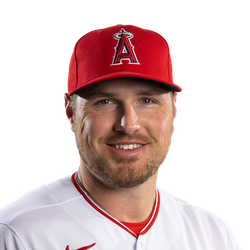 Because Fowler’s leg was predictable? What is your point with this nonsense?

We couldn’t use 26hr’s and 81rbi’s for less than $5M a year?
Not unless Renfroe’s a 22 yr old rookie from Venezuela. We need to find good decent serviceable OF’s like Oakland, Milwaukee, and TB seem to always find without overpaying for somebody like Justin Upton again. Good Gawd!!﻿ 😫 ﻿

If he was with us he’d have 5HR for $10M per year and you’d be posting photos of some other magical wonder we missed on.

Last edited 21 days ago by Twebur
0

Would it be wise to keep Wise?

Weird for me to be rooting against a San Clemente High school grad in Allard. They’ve had a fair share of NFL players, including some QBs, and at least one NBA player from my year, but I believe he is the first MLB player in its 60-year history.
Great to see a complete game, and one so close to a shut out with what I saw as a muffed catch at first being the difference. Also exciting to see (or hear in my case for MFY games—damn you blackout rules on MLB!) all the DPs this past week.

Allard was dealing until that 3B made a Buckner with a grounder through the wickets. Turning point of the game in that error and Ohtani pummeled him in the next AB.

Finally a complete game. It’s just nice to see even though CGs are a thing of the past in today’s game similar to Wins. When the manager has the pitchers back, allows the pitcher to not have to throw his best pitch on every toss. Work the zone. 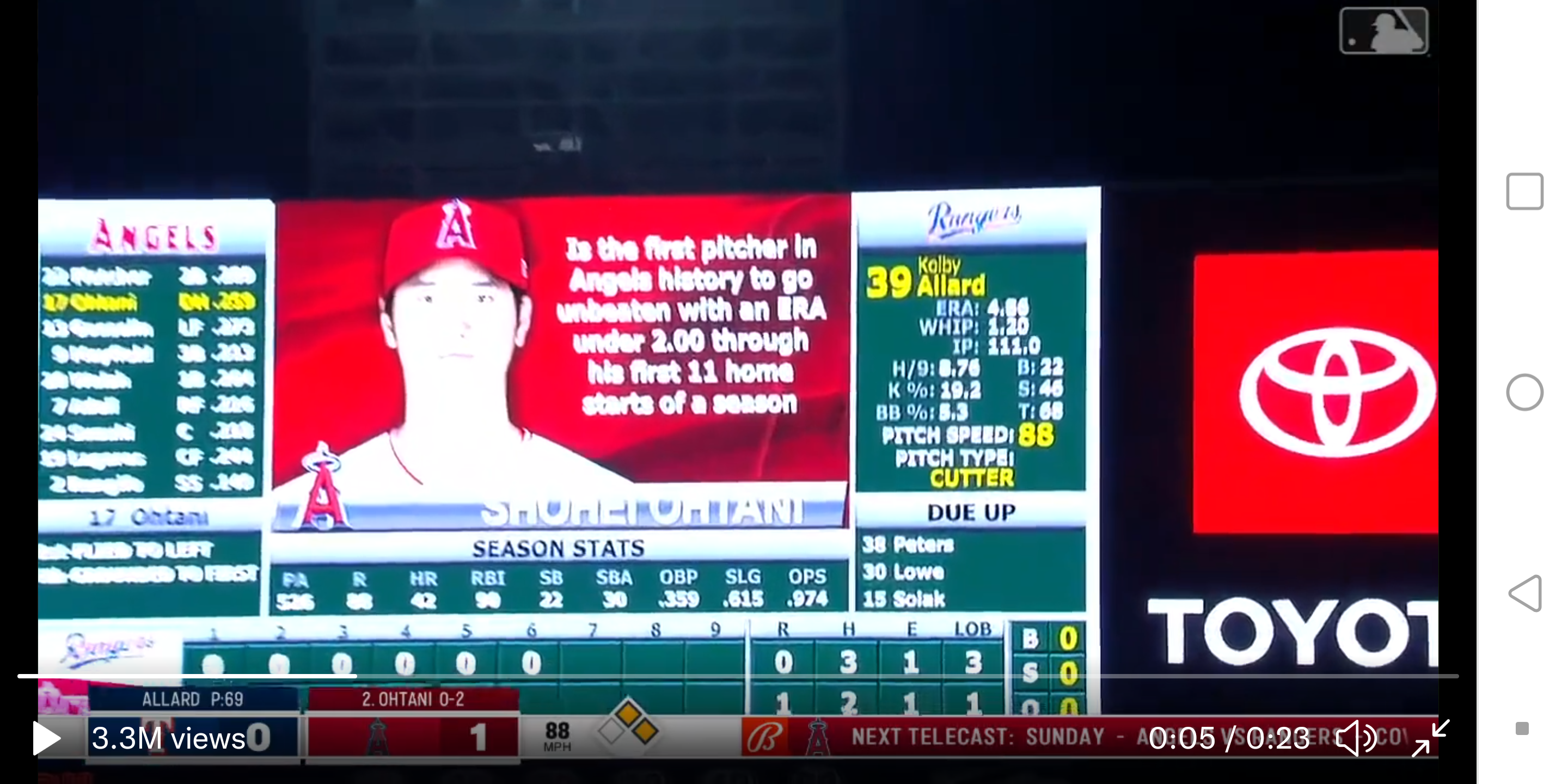 And a tribute to you, in acknowledging the great Brian Downing in your name.

One of my favorite players, Angels, of all time

Downing was freaking awesome. Quiet dude, but the consummate professional.

He made the pitcher work his ass off every single AB, never gave anything away.

And here all this time I thought it was a tribute to “Al Downing” of the Doyers?

He still has a resentment about that HR.

Hard to find an Angels fan who is also a Dodgers fan.

In the Angels only playoff series during this time, Donnie Moore gives up a home run to Dave Henderson to lose the playoff clinching game. Angels lose the series to Baltimore. Moore goes on to commit suicide.

I think that was the year Lyman Bostock got murdered in MN.

Damn, we had some tough decades being an Angels fan.

I think you have conflated the three playoff appearances in 1979 (Balt), 1982 (Mil,), and 1986 (Boston), the last was when the Henderson homer helped defeat the Angels eventually in the first best of seven ALCS.

I give up…who is that pictured above in the both with Minasian?

I’ve been wondering that myself. It was an away spring training game against the Giants.

So not current…that would quash any rumors. `;~}}

That’s what I thought!!

Dr. Nick IS the head of our medical staff…

And the answer is…… Suarez. Suarez es mas macho.

Did I see Rengifo play a solid SS tonight????

Great night at the yard.

Suarez worked faster than usual. He was on a mission.

And credit Suzuki here. Not a lot of shake offs. Just a solid, killer mentality and game plan all the way through.

Yep. Perceptive of you to credit Suzuki for the role he played in that game as well…

Imagine if they still had Pujols at first. He wld have muffed all those throws. I wonder how many of Iglesias’s errors occurred because Pujols cldn’t field the position.

I saw two in one game. Shortly before dumping Albert.

If they end the season at .500 Maddon will get consideration for Mgr of the year.

Not unless finally start beating the other Teams from the AL west . Break the curse Joe!

Let’s face it, Servais deserves many more votes than Maddon. Looking closer, Cora, Baker & Cash will finish ahead of Maddon.

Well, that was seriously refreshing. An absolutely brilliant pitching performance, Rengifo fielding like an actual MLB shortstop, and big number 43 from Ohtani-san! He’s going to get 50. We will be facing some inexperienced pitching this month, should be conducive for Sho-Time!

Funny season beating up on the poor and getting beat up by the winners. Good game all around, but Suarez just was “Kick Ass” and that made the game special for the Die Hard fans (Us).

If they had only swept Cleveland and Balt in last road trip. Then we might be talking WC

Can’t believe how happy that pitching performance by Suarez made me.

Our record against Mariners, A’ss, Asstros is our biggest problem…….13-28
A near 500 record against them, 20-21, is a 7 game improvement and we are fighting for a playoff spot. That’s a psychological issue I believe, still intimidated by those F*#kers. Two of those clubs are significantly better than us, just not that much better. Need to over come that.

Agreed re psychological issue and maybe toughness. Even a team that is theoretically 15% to 20% better than another team should only win a few more in the season series. Facing each other say 18 times, you would expect the better club to go 10-8. Truly lopsided results like 14-4 are usually caused by either bad luck or a psychological hurdle.

Ha ha. We think alike Twebur. I responded to GP above and had not yet read your comment. We make essentially the same point, and our wording was similar.

Don’t forget that the Angels won the season series against the Yankees and split with the Red Sox and Dodgers. All winning teams.

The problem for us is within the division.

My comment about the Angels vs winning teams was higher up in the thread this morning…. How does it happen that it gets moved down ???