It is two way Ohtani day in Baltimore. Can he improve on his performance last time? Will Maddon let him? One thing is certain, this is his best chance to do so. It was historic anyway. Ohtani gave up 2 home runs in a start for the first time in his career. 3 actually. It was not a pretty night, 5 innings, 4 ER, 3 home runs, at least he had 7 strikeouts and no walks. At the plate it was worse, 0-3, 3 K’s. Yet he left with the lead as Baltimore gave up even more. The Angels offense was back again for more today. Unfortunately, the bullpen was not ready at all.

The Angels can keep up the pressure and make Baltimore lose 20 in a row, and Ohtani can do it all. However, with the NL rules with that comes that risk. Especially since the Angels would be facing one of their own, Chris Ellis is making his first MLB start. That is dangerous as the Angels infamously struggle vs rookie pitchers.

Unexpected Start to the Game

The Angels started with Ohtani leading off with a strikeout. A flyout by Fletcher made it 2 outs but Gosselin singled and stole second. But, Walsh couldn’t drive him in. Then in the bottom half, Baltimore hit a home run on Ohtani’s first pitch of the game. After battling through the next two batters, he allowed another home run. 2-0 Baltimore after 1.

Churches led off the 2nd with a HBP right on the hand. He stayed in the game and advanced to 3rd on a Stassi double. Marsh singled in both runners to tie the game!

Ohtani was back out there to right the ship. A quick 1-2-3 inning brought ease of mind that it was just a rough first. 2-2 After 2.

Shohei led off the 3rd with another strikeout. Fletcher grounded out and Gosselin struck out. Ohtani allowed a hit, but no damage was allowed. Still 2-2 after 3.

Jared Walsh has not hit a home run in over a month. Until today! A monster leadoff blast gives the Angels the lead! That chased the starter Chris Ellis and for the second game in a row, it will be a bullpen heavy game for Baltimore.

Churches hit a double and Gosselin walked to put 2 on for Marsh, who proceeded to hit one deep for a 3 run blast! His first career home run!

Ohtani went back out there with a 4 run lead and immediately squandered it. A single and a home run cut it in half, as Ohtani was not having his command and leaving some over the plate. The humidity was getting to him. 6-4 Angels after 4.

The offense needed to add on, this looked to be awfully similar to the first game of the series and the ball was jumping out to all fields. Unfortunately, they got nothing but a Walsh walk in the 6th.

Ohtani was throwing a lot of pitches on this humid day and di not have his best stuff, but still muscled through 5 with 7 strikeouts. 6-4 Angels after 5.

Marsh led off the 6th with a single. Jo Adell hit into a fielder’s choice. Lagares struck out and Ohtani had a chance, instead he struck out for the 3rd time of the day.

Quijada was the first one out of the pen, as Ohtani was visibly exhausted and his day ended. Jose got 2 quick outs but walked the next batter and was yanked for Mike Mayers. He got out of the inning quickly. Still 6-4 Angels after 6.

Fletcher led off the 7th with a groundout. Gosselin followed that up with a K. Walsh walked but Chruches grounded out to end the threat.

Mayers pitched the bottom of the 7th, and gave up a single to Jahmai Jones. Then he hit the next batter. A bunt got the out, but runners at 2nd and 3rd with only 1 out. That was enough for Maddon and another pitching change.

It was Jake Petricka making his Angels debut. He last was in MLB in 2019 with the Brewers. Jake had been impressive in AAA so it was time to throw him into the fire. He got a ground ball but it scored a run. A strikeout got the final out, 6-5 Angels after 7.

Max Stassi led off the 8th with a groundout, Marsh struck out, and Adell grounded out. Angels went down in order for the first time and did not add on.

Jake was back out there for the 8th, it did not go well. Back to back hits put runners at 2nd and 3rd with no outs. An intentional walk loaded the bases with no outs. A 4 pitch walk tied the game and Maddon pulled him.

James Hoyt came in to keep it tied. The first batter struck out. He then walked the next batter to give Baltimore the lead. A double just makes it worse. He was pulled.

Sam Selman came in with a 9-6 deficit trying to keep it from getting worse. He allowed a sac fly and it got worse. A walk after that because why not at this point? A liner mercifully ends the inning. 10-6 Baltimore after 8.

Last Gasp for the Halos

Going from up one to down 4 in one half inning is deflating. To make matters worse, there was to no DH anymore. What was once a happy occasion turned into a national embarrassment.

Lagares struck out for out number 1. Mayfield pinch hit for the pitcher and popped out. Fletcher flied out. Angels lose, and break Baltimore’s 19 game losing streak. Disgusting.

A 10 AM game tomorrow to wrap up the series in Baltimore then 2 at home vs SD. Finishing August strong will feel good as the September schedule is brutal. Please drink responsibly.

In reading the game thread, it seems many still were living under the illusion that making the playoffs this season was still a viable possibility.

I know reality can be a cruel, heartless bitch – but please live in the present and enjoy the season for what is is: the magic of Ohtani and the arrival of the future in Adell and Marsh.

If you can’t do that, please find a hobby like starting a pyramid scheme or selling automobile warranties. I’m increasingly concerned for your emotional health

Sgt.Maddon, OC Tank Commander. Snatched defeat from the jaws of victory. In the crosshairs are playoff teams and a division rival. Going to be a tough month of September.

If Only we had Pitching Hitting Pitching

This might have been our last chance to be over .500 this year. Oh well.

Sorry I’m late to this story. Busy day. What happened? Who has Covid?

Its just another day at Arte’s business: a few cases of COVID, the bubonic plague, swarms of locusts, large bodies of water turning to blood, fire and brimstones falling from the sky, losing to a AAA team from Baltimore, and more entrepreneurial TED Talks from the employee of the year Eric Kay. 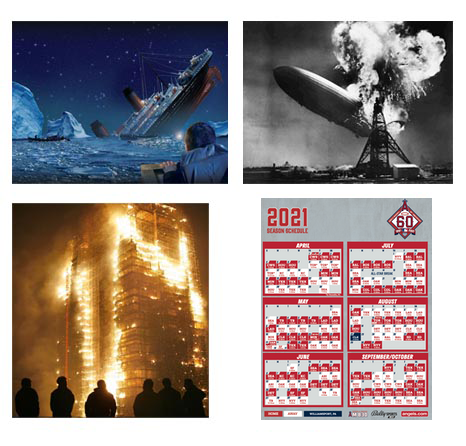 Haven’t seen this in a while..

So whats the building on fire? The Nakatomi Tower?

It’s the Windsor Tower in Madrid. Burned for 20 hours.

Also serves as a metaphor for our hopes and dreams of a decent baseball season.

If this continues another season, we should just add the Angels logo to the list of “Great man-made disasters of the last 125 years”….. Or maybe a headshot of Arte.

I’ve missed this – thanks for bringing it out of mothballs

Jeeeez. If they are keeping him in the pen I doubt he starts the year in low A next season. 1/12 BB/K…. that is mas macho.

Blowing THAT lead to THIS team.

Tonight’s game was ugly despite Marsh’s great night at the plate.

But what is up with all of the pitchers ending up on the IL all of a sudden without explanation?

It makes me think that are using the IL to create slots to call up pitchers from the minors for evaluation.

If they are doing this, I don’t mind it.

Bring in the call-ups when the damn game is not on the line.

I like Maddon but hate the way he uses the bullpen…

COVID, most likely, for everyone but Bundy

That would make sense.

I like Joe too but don’t think he is tactically intelligent at all. Great public relations guy who connects with players. Sometimes that is good enough.

He looked like he was the one who went 0-5 at the end of the game.

The Angels have not made the play offs the entire time they have had Sam Bachman. He will almost certainly sign with the Yankees.

Positives are Adell, Marsh and Walsh hitting the homer. With Ohtani struggling at the plate my hope is Walsh starts producing some nice numbers going forward. The pitching speaks for itself and I have nothing positive to add. Nice write up thank you. Hopefully your dinner was not spoiled👍

I think Ohtani could really use a couple of days off. I’m sure it’s starting to weigh on him.

I was thinking that a few days back. May as well let him rest up for a few days.

And then we face the “reeling” Padres. Orioles were reeling when we got here. You see what happened. Padres will be worse.

This game totally blew my positivity all to hell. Late game tomorrow so gonna watch it and hope they show a little more. And not whatever that was as far as pitching

We are wasting Ohtani leads!

He kinda had a big part to the loss himself though tonight.

Would he have given up 6 more?

Still only part of the blame, the bullpen giving up 6 in just 3 innings is worse

We were winning when he left.

Anyways, this was neat of Adell.

I’m telling you, these Bubba Gump kids are Alright!

This is what the game is about for me. Nice of him

Add the hug he gave to Marsh when we reached home plate. Loving the attitude of the guys. Sho, Trout, Adell, Marsh, Walsh, Fletch. Now let’s get the getaway game. When’s Cobb coming back?

Awwww… Bubba Gump. Why they gotta make it so hard to want to trade for pitching?

Maybe they only should be traded as a set, buddies that need to be paired together for life.

I hate your idea sir. I say nay! NAYYYY!

I see the pattern!

That should say something about the pathetic bullpen.