Dylan Bundy pitched in Baltimore for the first time as an Angel. Former Angel Jahmai Jones also makes his Baltimore debut. Could be using him right now… Dylan went only 1 and a 3rd, 9 batters total, walking 3, hitting one, allowing 1 while on the mound but left with the bases loaded. It was a bullpen game vs the worst team in baseball. Thankfully, the Angels offense showed up today. But so did Baltimore’s.

The Orioles were on an 18 game losing streak and were desperate to have some good news in their terrible season. Meanwhile the Angels were being themselves, winning and losing and winning then losing constantly, hovering around .500 for months now. A sweep would help, and losing to a team this bad would feel horrible for everyone.

The Game started with the Angels going down in order. It did not go nearly as smooth for Bundy, giving up a first inning home run. 1-0 Baltimore.

Angels get their first baserunner on a dropped strike 3 to Churches. Stassi got the first hit to put 2 on for Marsh. He came through, singling in Churches! Adell tripled in 2 to give the Angels the lead! Lagares then hit a 2 run home run! 5-1 Angels!

Bundy was shaky again, even hitting Jahmai Jones. Walking the bases loaded was enough for Maddon and Bundy was pulled with 1 out in the 2nd.

Guerra came in with the bases loaded and 1 out in the 2nd. Luckily, a flyout and a groundout kept the runners from scoring, 5-1 Angels after 2.

Gosselin and Walsh had back to back hits to start the 3rd. Churches doubled in the 6th run! Stassi got a HBP and it chased the Baltimore starter. It was now a bullpen game for both teams. Marsh was up with the bases loaded and popped up. Adell singled in 2 for 4 RBI on the day. Lagares grounded out for the second out, and Ohtani was IBB-ed to load the bases again, this time for Fletcher, who lined out. 8-1 Angels!

The 4th was another good inning for the offense, Gosselin walked, so did Walsh, Churches drove in Gosselin with a single, then Stassi doubled Walsh in, and Masrh singled Churches in. All before an out was made. Adell grounded out to the pitcher who nabbed Stassi at home, but Lagares singled in another, and so did Fletcher. 13-2 Angels!

Guerra went out there for another inning and it went quickly, allowing just 1 baserunner and sending the offense back out there. 13-2 Angels after 4.

For the first time since the first, the Angels failed to score. That did not bode well for Guerra who decided to give up more runs, and chasing him. He did pitch multiple innings, doing his job. 4 runs allowed in 2 and 2/3 innings and left with a 13-5 lead.

Wantz came in to the 5th with 1 out and a runner on first. He struck out the first batter, allowed a weak single to the second, and got a flyout to end the inning. 13-5 Angels after 5.

Marsh led off the 6th with a single, but an Adell strikeout, a Lagares strikeout, an Ohtani walk, and a Fletcher groundout means they get nothing.

Wantz went back out for a second inning, and immediately gave up a leadoff home run. Then a dropped third strike and another home run suddenly made it a much closer game. A strikeout to the next batter was the last out he made as Maddon yanked him. Wantz left with a 13-8 lead. He gave up 3, 2 were earned in his 1 inning.

The 4th pitcher today for the Halos was Warren. He came in with 1 out in the 6th and the bases empty. That was fortunate as after getting the second out, he allowed a double before getting another strikeout to end the inning. 13-8 Angels after 6.

Walsh reached on a 1 out error by Jones, but a Churches hit into a fielder’s choice and a Stassi strikeout rendered it moot.

Late inning and Mayfield took over at 3B for defense. Warren went back out there and got the first out easy, but a walk to the next batter and he was pulled as well. Austin went one inning, allowing no runs but left with a runner on base.

Marsh led off with a single, but an Adell strikeout, and a Lagares fielder’s choice meant there were 2 outs for Ohtani. Shohei finally joined the hit parade with a single to put 2 on for Fletcher. He came through and he singled in Lagares to put the 14th run on the board. 14-8 Angels!

Cishek went out there for the 8th, now with a 6 run lead. It didn’t go as planned, allowing a baserunner and getting pulled with 2 Outs. The 6 run lead was just too close for Maddon and despite scoring 14 runs on the day, the Angels were going with their closer for the last 4 outs.

D-Cell came in the 8th a 6 run lead with one out in the 8th and got a quick groundball out to end the inning. 14-8 Angels after 8.

The Angels failed to add on in the 9th, not that it was really needed. D-Cell went back out there for the final 3 outs and shut the door down. The Angels win and Baltimore lost for the 19th game in a row.

The Angels get 2 more in Baltimore and then come home for 2 at home vs the Padres.Ohtani day tomorrow, but Q on Thursday. Yeesh. Please drink responsibly. 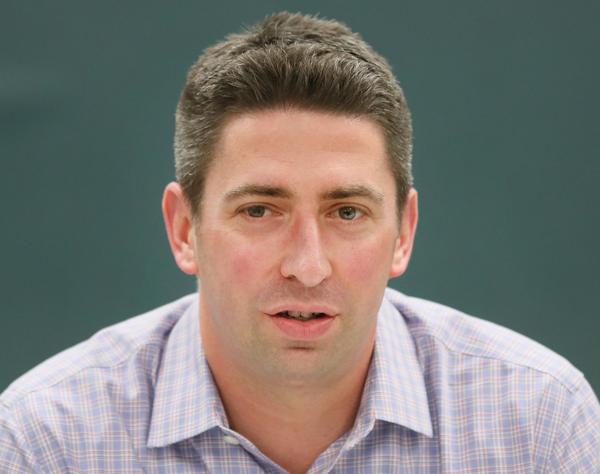 I am eating crow. I can’t remember who I was debating with that Marsh needed more time in AAA, wasn’t ready and looked like a deer in headlights at the plate. Don’t know how to find it, but I was wrong. You were right. Definitely looking comfortable now and excited for his future.

I just gave you a rec………now try not to vomit!

Missed the two blitzes, darn it. I was at a memorial service.

On the plus side, I was just saying to myself the other day that it would be nice if, for once, we jumped out to a commanding lead instead of having to play catch-up.

It was looking like a muscular Jesus wasn’t it? No one wants to strike out our Lord and Savior.

Except that Marsh isn’t really muscular….

I enjoy winning a lot more than losing. That said, i kinda like the O’s young players and any team that looks like they rise up and skunk the YankSux in the next few years has my vote…. especially if they have a super happy bird on their hat.

Bird is THE word.

Crazy stat of the day:

We’re playing .500 ball…..which is not too far off from our season record.

I would have said we’d need at least 15 to win.

I’m always disappointed when the two best bullpen arms (R Churches and The Kid Warren) go in with such a big lead and two more games with a team. The more you show your relievers, the easier it is to hit them and do damage in a close game later in the series. Plus always the chance they need a rest and won’t be available in a close contest the next day.
Happy to see the bats finally come alive and the kids doing some damage!

If you are talking about Raisel it is simply not true.

He did not pitch for the WHOLE Guardians series. In addition he did not pitch the last game against Detroit. With that kind of rest he would be capable of pitching ALL THREE games of this series, provided he doesn’t throw an inordinate number of pitches in the first two….

He had a fairly easy outing tonight so I don’t see any problem with him pitching tomorrow and possibly Thursday as well. While that would not be ideal, if would be possible.

This is a classic head fake rally type off game. Bash the ball, rookies are hot. get the fans hopes up this team might actually be good then realize, it’s Baltimore.

We beat up on losing teams, that’s what we do. The worst team in MLB we should do what we did tonight. No one hear thinks we just beat the Asstros or Giants, but enjoying games like this feels good and fun to watch. But you are right this was the Orioles.

Now sweep these fools, lots of laughimg and laughs.

It just sucks you in…like the stock market. The tease.

Beats, you know, losing to the O’s, which is the other option.

F’n Arte’s nefarious plan sniffed out again. I don’t know how he suckers our players, much less Baltimore’s, into doing these things. Hypnotism?

And in the Tri City dustbowl, 2nd round draft pick Ky Bush gave up no runs no walks and only 1 hit in 3-2/3 innings while striking out 6. zHis ERA is now down to 1.29

He’s a starter. He’s just on short innings cause he’s newly drafted. Good preview for him, we’ll see how he looks when hitters see him twice in a game.

Highlight for me were the youngsters. Nice offensive performance

hey, this means we will NOT lose 100 games this season!

Too funny, this clip.

The kids are Alright! 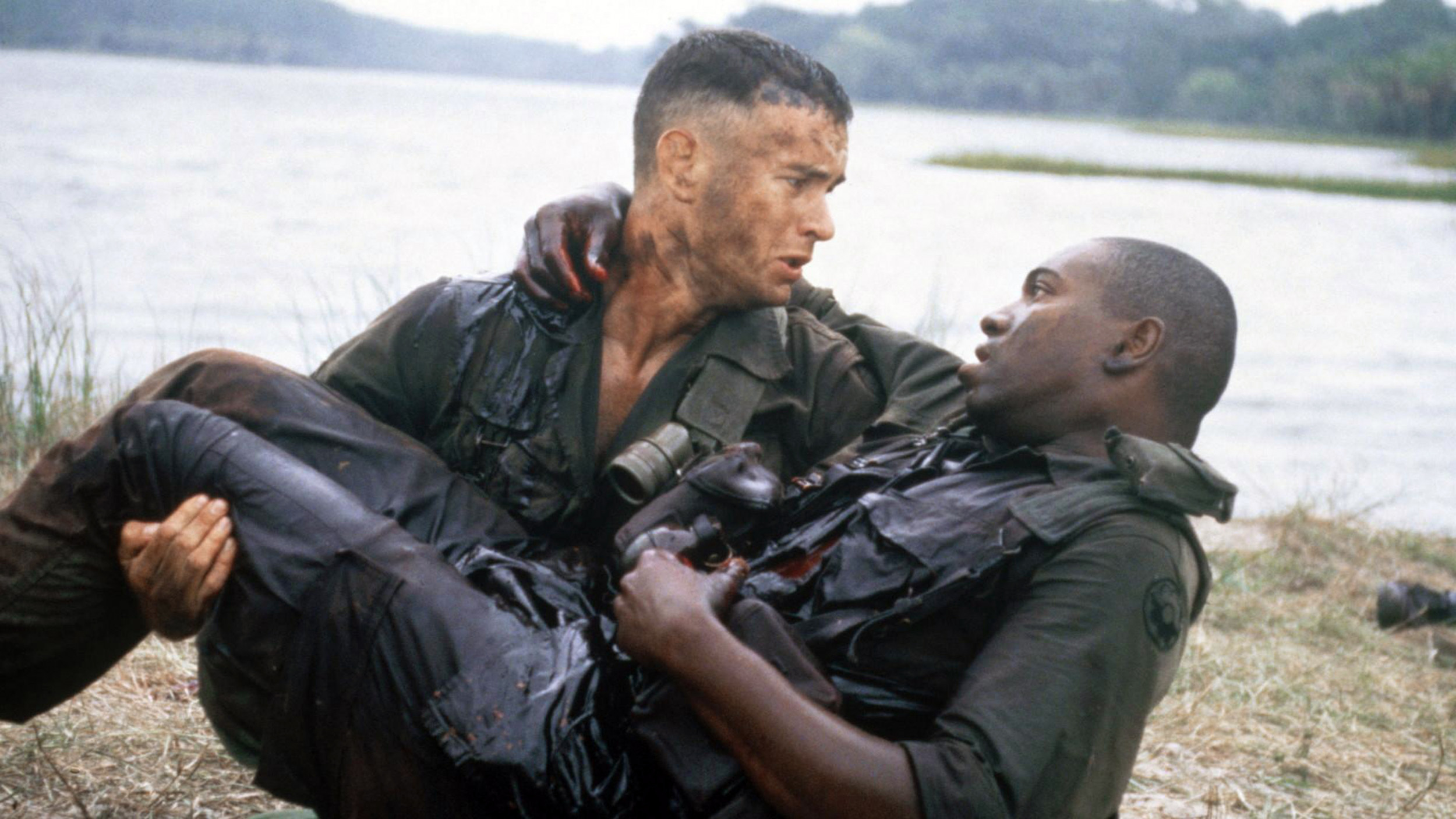 Now, if we can only do this against the A’s and the Mariners !!

The question has always been when we would trade one for an Ace, but now idk if we want to, lol

That’s the thing, if they show well there is actually a better chance the Angels are offered a pitcher we actually want for one of them. Still, it will make me sad to break up Bubba Gump even if we get something great in return.

Great job there Buddy, you are fast though. lotsoflaughs.