Earlier today, Ken Rosenthal reported that a deal involving Max Scherzer being traded to the Padres had nearly been completed.

That seems like it is not the case. Jon Heyman reveals that there is a mystery team in on the Scherzer sweepstakes, which are not yet completed. He then ends the mystery by stating that that team is the Angels.

Scherzer is a free agent after the season. Coming into today, Scherzer carried a 2.83 ERA in 105 innings with a 0.89 WHIP and a 12.2 K/9. He started today and beat the Phillies with six strong innings.

Are we still in on Scherzer?

Asking for a Friend.

Heyman is such a Boras stooge.

Whats interesting for Scherzer is he did not demand an extension in order to waive his NTC. I guess the Doyers called Boras bluff. This is actually a better outcome since Boras will at least give us a sniff next year if Arte wants to finally sign a future HOF free agent pitcher without giving up any trade assets or draft picks.

Silly me….but
You think it’s about prospects or MONEY AND LONG TERM DEALS TO A PITCHER?
REMEMBER I’M THE MORON HERE! LOL!!! Oh yeah he made offers to Gerritt Cole and Zack Greinke and he really meant it when he did…..LOL!!!!﻿ 😆 ﻿ Meanwhile he made no attempt to go after Dallas Keuchel or Hyun Jin Ryu who are both doing OK in Chicago and Toronto for less than our LF.﻿ 😣 ﻿﻿ 💩 ﻿

What a c**k tease that was.

That was a Buttercrapper fer sure

The Angels name was just being used as leverage. They were never really in it as they don’t have the resources to land him. Unless you are interested in trading Ohtani?

I never believed for a second that we were actually in it. I agree totally with steelgolf.

This is what Boras does. He uses the media as a tool in his negotiations, planting misinformation etc..

Would have been really, really bizarre to do given the state of our roster.

I assume maybe they would want to do it with some condition they negotiate an extension? Only way it would have made sense

Thank goodness it wasn’t us. That was dumb of the article. I keep hitting refresh on ESPN hoping to see Iglesias traded. Kind of fluttery butterfly feelings wondering who we’ll get?! Hopefully an addition to the Trash Pandas rotation.

You’re a joke. If you’re serious.

If you are not serious then you are still a joke.

What? I think Iglesias will harbor a hood haul. I think as the AA, and now AAA, arms emerge we will potentially have a real nice run coming up. If Artie is always willing to pay for offensive players, we’re going to need legit cost controlled starters to get in a multi year groove. No I didn’t want Sherzer for a few months.

Yeah, I sure wouldn’t want to trade top prospects for Scherzer unless we knew he wanted an extension from us. I like him a lot, but he’s not making us a WS contender this year. I also wouldn’t mind a trade for Iglesias the closer if it nets us a teams #2 pitching prospect…. or a couple top 30 pitchers.

Build that farm, then try to sign Scherzer n Raisel this winter.

Seager and or Taylor to the Angels for 2022…no more room on the Doyers.

Done deal, Max and Trea to LA. NL west is gonna be fun.

True Blue LA is over there.

I thought you only spoke through random images of baseball players?

Dodgers buying their way out of the Bauer debacle. They are taking all of the salary for both players and won’t even flinch as they blow by the cap.

If they don’t win the W.S. now it will all be a waste. They aren’t even ahead in the division. They may be forced to play a one game playoff. Anything can happen in those. I would love to watch them lose that one game. What a complete failure that would be.

Perfect reason we should not buy

Josiah Gray will be a trading piece.

Looking like The Dodgers, with Gray and Ruiz plus others going back to the Nats.

I get the impression Heyman is just acting as Boras’ megaphone again. I don’t know what we would have that would be worthwhile for Washington.

Does anyone know how many years of control we have Stassi for? I could imagine he is worth a lot especially with his offensive numbers this year.

I think this may have a stronger shot of happening than we think. Padres and Dodgers are both at or above the CBT threshold. If it comes down Scherzer wanting an extension with the trade, I think the Angels are in the best position to do it.

The Dodgers won’t even blink as they go above the CBT.

Yep. They have done it previously

The Dodgers have the prospect assets and cash to make it happen. The Angels unfortunately have neither.

Not serprized by any of thiss.

Angels are a joke. It doesn’t make sense for Scherzer to come here for 2 months. Could you imagine how pissed he would be at Mayers and Cishek once Maddon pulls him in 8th and leading by 1 run with guy on 3rd base 2 outs?

if he extends makes total sense, he likely will extend anyways.

It is too risky to me plus his age. I know he’s been stellar, but he isn’t getting younger. Do you think he can still maintain dominance over the next 2 years? If he does, great.

Why should he come here?
Arte won’t pay him what he wants and the Angels are least not contenders till next season. Dodgers will get him since it looks like they’re gonna cut ties with Trevor Bauer. 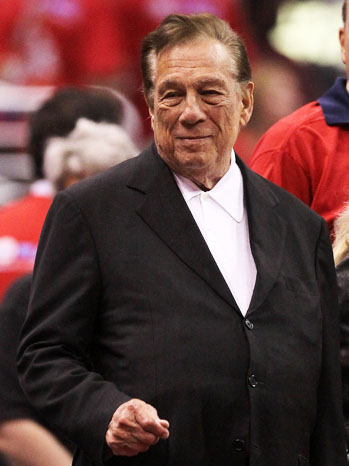 May not make sense, but the biggest end of season rental I recall was Tex, which, since he left (no doubt like Max would had he come to the Angels), gave us NYY’s draft pick, allowing some guy named Mike Trout to be had.

No mas draft picks for in season rentals so even that potential silver lining is gone now.

Angels name being used for leverage.

Whats the gain for the Angels?

Nothing. The Angels don’t have the firepower to bid against The Dodgers and Padres. Ultimately it will rest with Scherzer as to where he wants to go. His NTC means he really holds all the cards.

Angels will deplete the farm system again and Arte will reach his projected 2021 revenue numbers again with this big name player. Plus we don’t make it to the playoffs.

At least with a pitcher this time

With our luck, it will be a trade and 2 year extension. Then he will get injured 1 month in and they say he needs Tommy John surgery. Out for 2022 and only see him 2023. By then he will be on the cusp of 40 and be mediocre.

about as pessimistic as you can get lol

He is going to the Dodgers.

With Bauer now out of the picture for them they are super motivated.

If Houston is indeed trying to revamp their image (putting minor leaguers in apartments etc..) they would probably not do this. They cut ties with Roberto Osuna so why would they open a new can of worms with Bauer ?

I love it. Make it happen. As long as its not Reid or Marsh I think it is a good pick up. He will likely extend. Would be a GAME CHANGER. Franchise changer in my opinion.

I faintly hear “ Build Me Up Buttercup” in the background….

Hear that, Max? The siren song that is the Angels calls once more.

Get it done Perry. Wherever Scherzer goes he’s gonna get extended. This would be a huge additions for the Angels moving forward. Get it done.

The way I look at it This is like a 2-3 year free agent deal signing with a signing bonus ( if in fact 2021 is lost) The compensation is a bit more than a draft pick though.

There’s no way we will have a shot at him next year without this trade.The biggest risk of course is his age & a potential lost strike season next year