There have been quite a few of them this year, as MLB has been pushing weekday day games in general for some reason. So games on the east coast now have a good chance at starting before noon.

Since the Angels suck anyway, no one was expecting much. In fact, I am not sure how many actually watched this thing. Maybe you got a notification as you still have those set up from back when the team was good in May and realized there was a game and then didn’t watch. I know I am only watching because I am writing this postgame.

Anyway, the game, which was just as hard to get through as this postgame. It went badly, as usual. This was due to the SP this time. Patrick Sandoval did not wake up on the right side of the hotel bed today. He went 5 innings, giving up 5 runs (only 1 earned, somehow) on 5 hits, striking out 5 and walking 1.

Can’t blow a lead if you don’t have one.

Not that it would have mattered as the offense once again couldn’t hit a beach ball underhand. It was actually a small miracle they didn’t get shut out.

It was all one bad inning by Sandy. The 3rd was horrendous, with Patrick giving up 5 runs.

At least Taylor Blake Ward looks to be finding his April self again, hiting a bomb in the 4th.

5-1 is too close, so let’s have the bullpen make this game laughable. First, a wild pitch.

Now the Rays can rest their best pitchers. The Angels are such Angels. Oh shoot, Fletcher and Ohtani had back to back doubles.

Ward had a single as well. As did Adell.

Don’t call it a comeback though. It was merely too little, too late.

Angels pathetically get swept by the Rays.

Perry and Baseball Ops have no power. I cannot wait for Arte to be gone.

“Buster Olney of ESPN relayed a similar sentiment this week, writing that the club’s baseball operations department viewed this summer as the ideal time to extract a maximum return for Ohtani, who is arbitration-eligible for a final time before reaching free agency after 2023. Moreno, however, stepped in and indicated he wouldn’t approve a trade.”

Another way to look at this is that with Arte publicly stating his intention to sell, Perry now has more freedom to be himself than anytime since selling his soul to Arte. Perry is now auditioning for the next owner. Yes, Arte can still veto the actions of the baseball operations leadership, however the baseball operations leadership staff can also go public with what is really happening.

Good point! The confirmation that Arte has been vetoing baseball ops (meaning Perry) makes me very frustrated as a season ticket holder.

Cause Arte would have been the only owner to veto that trade idea?

I mean, I want to trade Ohtani, but I can see why the owner wouldn’t nor am I shocked an owner had final say on trading derr Bahb Root. I kind of expect it.

Especially since we have no POBO to use his extremely unique powers to shield the GM from input from ownership.

Blame of the Game is Fletch.

Time to see who the teams anti-vaxxers are.

I say this with all due respect, Perry, you’re insane

Yeah, I love this guy as my GM, he aggressively plugs holes with poop.

I know, what an idiot. He should have gone out and gotten… XXXXX

Let’s hope the next time we see Walsh, he’ll be wearing a different uniform.

What? A Hospital gown?

Until then, football is a upon us 🤗

I am too GA to look it up, but I bet we are the only team that is tanking that isn’t intentionally trying to tank. If so, that literally means we are the most hapless franchise in baseball, which is an accomplishment. Congratulations to Arturo and his front office Intern, Perry.

How do you know we aren’t intentionally trying to tank? Ken Rosenthal is reporting that Arte has been talking about a sale for at least 2 months now. Which means he probably K’boshed an Ohtani firesale due to its potential impact on a team sale and new owner. But maybe a team with a potentially higher draft pick next year is more valuable?

PTP has to have been playing 4D chess this whole time with his constant array of quality Bottom of the Order hitters like, Squid, Jose Rojas, Duggar, Mike Ford, Max Stassi, Magnificent Sierra, Gosselin, Matt Duffy and many more earlier rejects while knowing these guys will never do anything remotely close to even replacement level.

Truth. That is what makes the Tank all the more impressive: the team is actually trying to win.

I’d guess that more guys have filtered through the Angels roster this season than people have posted on this board.

How soon until Mickey Moniak comes back? We could sure use his level of awesome right about now.

How long does TJ tip of the finger take?

depends on which finger. If it’s his middle finger he can never be the same again. 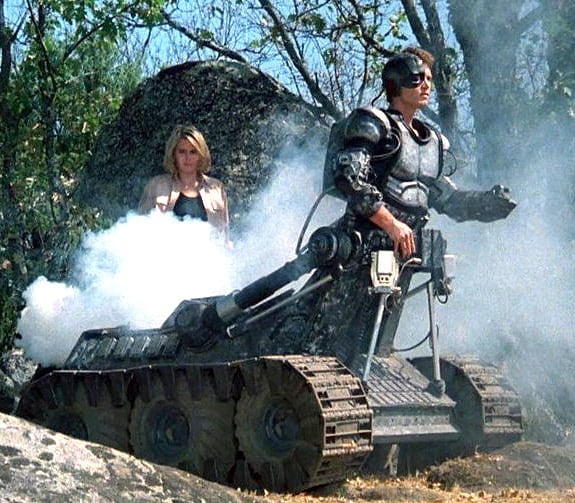 Back to whether Detmers and Sandoval belong in the Major Leagues.

To stick in the Show you need consistency and neither one have that.

Hot, great, Cy Young one day then bad, worse, horrible next time out.

They will never say it…but our offensive production is even worser!!!

So…. all you gotta do is come up from the minors and be really good pretty much every start. Got it. Sounds realistic. Should work out great.

Happens for every other team, no???

Yep those pitchers are a dime a dozen . Stupid Arte

Arte not so smarte

I thought Sandy actually pitched pretty well. Defense didn’t do him any favors in the 3rd and he probably would have gotten out of that inning with only 1 run scoring if not for the error by Fletch.

Detmers and Sandoval are good. They would be doing much better if the line-up was talented and the mojo was better. Team confidence and excitement level to play has to be in the shitter.

I’m all in on Team Detmers and Team Sandoval.

Which is the sexy shirtless werewolf and which is the shiny glitter vampire in a crushed velvet suit?

Too bad they cant like that other pitcher we have.

I think they belong in the majors by virtue of the fact they are among our six best starting pitchers. Whether they are currently below average major league pitchers is the question, and I don’t know the answer. Neither are elite at this point, and it is uncertain what their ceilings are.

Anyone on this site can just go on Fangraphs or Bref and see if they’re below average. It’s not magic at all. It’s click, type, click, repeat.

I am curious your definition of ‘elite’ and how many pitchers (in the league) can qualify a year.

Sandoval is a top-12 pitcher in the AL, and Detmers is in the top-40 (at age 22). I think they are doing fine on the MLB-caliber metric. If you think you are going to find an entire rotation of better pitchers (for league minimum no less) I have a bridge to sell you.

There goes our chance to win 90.

There’s always a chance we could get worse, though. Maybe Perry will find more Atlanta rejects.

The dream is alive.

this is a particularly poor year for the bottom teams. Very often, over the last 10 seasons, 63 wins would be last or next to last.

We’ve replaced everything except the owner. It’s gotta work. New owner? GARE-ON-TEED 162-and-0 the first season.

If the team doesn’t take off as soon as we have a new owner then we know that the problem is us. Nothing else left.

It can’t possibly be us. We are brilliant and real baseball people with a combined millennium of experience everywhere but in a baseball front office. Our ju ju is pure golden wisdom.

The Ausmus firing was due to the fact the second half was so fucking brutal. Just pure pain.

Not sure BBB gets fired if Soggy Joe wasn’t available

90 wins was my prediction in March. Oh how, silly, I feel now.

I took the “under” and predicted 161 losses.

If it wasn’t for Sandy’s 1-0 gem last Friday we be in the midst of another 10 game losing streak right now.

Tanking on down the highway……

Nice….FURY Fire one up Perry’s ass!

We need to be lotto 3 to have the best odds even though it still only guarantees a top 9 pick.

Most impressive is that we didn’t need the ghost runner to score them!

What does Sean Penn have to do with anything?