Spring Training is in full bloom; the equivalent of three weeks of Christmas for the baseball fan. We get to look at all the shiny new toys and wonder how they’ll play when the real games start. Baseball is played during the day time like in the old days. And the fans at games are genuine baseball fans.

It is my favorite time of year. And I’m enjoying it as you read this. In fact, I’ll be taking Dad to the Rockies at Cubs game which means we’ll have hit every Cactus League ballpark together.

Tomorrow I’ll catch the Angels at the White Sox and just happen to catch this:

Enough about me, let’s move on to the stuff that really matters.

He’s so awesome MLB changed a rule so he can keep batting in a game even after he’s done pitching. This makes manager Joe Maddon’s job a lot easier. Something he says is “wonderful.”

It’s been awhile since we’ve seen it, but a healthy Anthony Rendon is also awesome. And he’s looking healthy right now.

Rendon took some time to talk about the last couple of years, his injuries, and how it feels to finally be healthy.

And who can forget about the supreme awesomeness of Mike Trout? For all the story lines around the Angels, Trout is getting somewhat overlooked. He’s so great people just expect him to continue being great. And people still do think he’ll be great.

Max Stassi got an extension.

What does all this mean for the Angels?

Just how awesome the team will be will come down to the play of the supporting cast. The Angels were reportedly in the market for right handed hitters, but now that they signed Ryan Tepera they are no longer in that market.

For the last several years Angels fans have expected Brandon Marsh and/or Jo Adell to come up and excel. So far they’ve taken their lumps but also shown flashes of promise. This is a great read on the two and how the close friends are approaching this pivotal season.

For years the off season mantra has been the Angels need to sign an ace. This year they took a gamble on Noah “Thor” Syndergaard. After two injury plagued seasons he says he’s fully healthy and felt satisfied after three innings of a b game.

Around the league, MLB and the MLBPA reached an agreement to keep the ghost runner in extra innings. This rule is getting a strong reaction from baseball fans and writers, one writer saying “we’ve officially lost our minds.”

I know I’m supposed to immediately hate any changes to baseball, but I have to say the ghost runner brings immediate drama to an extra inning game; makes it must watch TV, and gets games over quickly. Drama, excitement, action, quicker games…not bad IMO.

And yes, if you want to go back I hated the rule when it came into place. But after watching it in action a few times it has grown on me.

FanGraphs took a look at which hitters are lucky and which aren’t. Max Stassi made one of those lists.

Veteran reliever Andrew Miller announced his retirement. Tommy Pham will go to the Reds. Randall Grichuk was traded to the Rockies for Raimel Tapia.

No longform reading this week, although that Adell/Marsh piece is long enough to enjoy over coffee. Have a great weekend watching Spring Training and March Madness.

Pujols to the Cardinals. $2.5M

In a couple of days one of ours will grab his elbow and Kyle will be put on waivers and we’ll pick him up again and the circle will be unbroken.

Cool to catch Suzuki’s MLB debut. He’s not a very big guy. Listed at 5’11” might be generous.

From what I saw he’s quick, though. Abs that’s what matters in baseball

I was really hopeful the Giants were going to sign him. They need a RH OF. But I think I heard that he was looking for a favorable park to play offense.

checking in on another ex

I guess I like under-dogs. I would like to see Mayfield and Ward make the team. Rengifo is just not that good and really can’t field at 3rd, 2b or SS. He is not a late inning or day off replacement player to depend on. Will Rendone play 150 games this year? No way, so Capt. Jack would be nice to keep around and yes, I am aware that Duffy plays 3rd also.

I think keeping Ward for the OF back up with Upton is a smart move because his hitting has improved, and he has the arm for RF. JUp may be gone soon due to non-production. So he is dropped completely and we eat his 24 mil or he gets traded with 20-21 mil to a team looking for a back up at DH.

I like our pitching staff, both starting and pen. But then I getting used to looking at the potential of the staff every year since Weave. Sandoval and Suarez will both log 170 innings, Shohei 150 innings, Thor 180 innings could happen, Barria 120, Detmers 90, and we will be in tall cotton. The relief squad is in good hands on paper as the best since ’14.

I am excited once again to watch MLB and pulling hard for the Halos.

BTW, Fletch will be good at SS and there are 3 guys that could replace him so he can stay sharpe at 2b or take a day off. The three are Capt. Jack, Wade, or Valezquez. I like Wade’s speed. 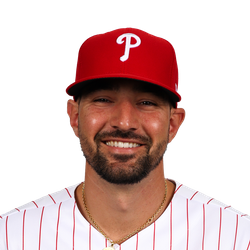 just between us, no one else will know, are you kidding around with these? Or are you serious? Surely you can’t be, right? It’s all in goofy fun, right?

are you on drugs, or do you need them?

The biggest problem for me with these posts is I don’t follow other teams, so I usually have no clue what he’s talking about, whether serious or not.

That’s Nick Castellanos. He’s a very good hitter. A pretty bad OF. Apparently, according to Tooty TOO, we were supposed to sign him to a five year, 100M contract so that he could DH… no wait…. play OF…. second base maybe?…. instead of signing Thor for 1 year.

And THIS is Tooty TOO at The Gathering of the Juggalos… 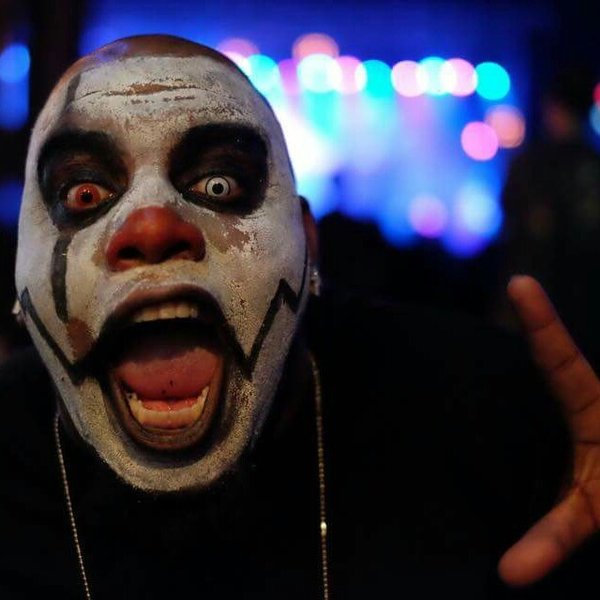 now I can’t find it. It was today’s lineup with Junk pitching. I saved it on my computer but when I click that…oh, I already said that. Let me try again.

You need to right click on the photo to get the image link.

Twitter images don’t end in “.jpg”, so the site doesn’t know what to do with them.

In general, though, you right click on the image itself and select “copy image link”

Just literally put the URL in the text.

If it’s a local photo, put it up on a sharing site somewhere, so you can get a URL.

What is a “sharing site”

What a dipshit. I’m sure cocaine is a recommended treatment after undergoing thoracic outlet surgery

I suspect there’s a lot of use of different substances that would shock us. Still, signing a deal with a new club and then doing something that makes you less effective….can’t grasp that, sorry Matt.

Good article from Rhett Bollinger on Mlb about the middle infield battle for the halos. After a week of games, who do we think is the favorite to break camp on the team, and who will be the starters?

Not an easy decision. Would think 1 extra guy will stick from this heard of infielders with the early expanded roster.

There is a whole lot of meh in the competition. I like Bollingers breakdown. Joe can emphasize offense and slide Fletch to short, Duffy (or Plummer) at 2nd or defense, Valezquez at short. Wade is more of a utility guy but like the lefty bat and speed.

Rengifo not cerebral enough in my eyes to drive consistent ABs and don’t like his defense. Angels need to move on from him. Mayfield too, he seems like a duplicate of Duffy

Best case, Perry is working the phone lines to get a SS; Nick Ahmed, Segura, Rojas or a DeJong. Duffy and Wade would make the squad.

Rengifo is at the bottom of this list. Duffy seems like the retread of the year. I’d prefer either of the Yankee rejects alongside Fletch.

Have a feeling they will squeeze every last drop of juice from Rengifo before they let him go……or he could be the first out the door as you predict.
Small chance that he figures it out.

I forgot to add Captain Jack to the list of candidates I prefer. Although we will need him as our Rendon replacement shortly.

Yeah, I can see Mayfield staying and Duffy leaving. But one of those two will make it.

I think Rengifo goes to AAA to get at bats and have teams continue to scout him. He is trade bait for sure.
It looks like Joe wants guys who can be anywhere and everywhere allowing him each game to set the roster for offense vs. def, and to play match ups.

They didn’t give Duffy a deal only to see him not make the team. He’s also a Dirtbag, so I’m rooting to see him play more. I think he’s the starting 2b with Fletch at SS on opening day. Then by the end of the game we see Fletch go to 2B with Velazquez taking over at SS.

We will also see defensive replacements for Upton with Marsh a lot as well. Joe is going to use his bench a lot. We are an old school NL team playing in a AL world

That’s a good take. 100% agree with your thoughts on Duffy and Mayfield feels like a clone to him. Maybe Mayfield joins Rengifo in SLC. Still hoping for a low key trade to get a SS in here.

Per Jeff Fletcher, Shohei will be opening day starter.

I already have tickets for my son and I, for the home opener, in section 109!

Angels officially announced it now. Just got the email.

Can Shohei Ohtani Be Even Better?
Ben Lindbergh – The Ringer

Two really good points in the article- working with Stassi more, far better pitch framing, and having actual protection in the lineup with Trout and Rendon healthy. Both of those factors should boost Ohtani’s production to some seriously Ruthian levels.

Shohei is pretty funny here. This made me laugh.

Great links. Less thrilled on the contract value but solid move to secure Stassi and bring stability to the catching position. Sadly, it’s not like we had other options but like Maldonado, he represents the position very well for the Angels.

And how well has that strategy worked for us in the past?

I’m fine with this contract. Stassi is not the problem with our current roster construction.

Max Stassi said it was GM Perry Minasian that approached him about an extension and it all came together in the last 48 hours.

Every GM knows that you need some secret police!

On Anthony Rendon looking healthy right now: Every time he makes a play I cross my fingers and close my eyes. He made the catch the other day on the foul line with his wrists on the railing by the fans and I grimaced. Of course its the same with Upton and that guy that plays center field whose name I will not mention. I hold my breath. It will take me a while until they can just play without me worrying about them getting hurt. I think am their baseball mom or something.

You have good reason to be concerned about Rendon’s health.

““We have dude’s dudes on this team, so hopefully I can make something shake and be in the mix here.”” Adell.