The Angels hosted the Cubs at their spring home. Michael Lorenzen pitched, getting the benefit of the opening day lineup for the most part. Mike Trout did leave for a funeral, so it wasn’t a fully armed and operational Angels lineup, but for spring, it was rather complete.

It was a sloppy game by both sides, routine plays led to multiple errors. The starters got more PA this game, as we are now seeing them get to 3 before leaving for the day. Opening Day is getting closer, I can smell it.

Michael Lorenzen went 3 innings and allowed 3 runs, 2 were earned. 3 hits, 2 strikeouts, and a walk at around 60 pitches.

Michael Lorenzen started the game off by giving up a run on two hits. 1-0 Cubs early.

Shohei Ohtani worked himself a leadoff walk to start the bottom of the first. Matt Duffy flew out. Anthony Rendon struck out. Jared Walsh walked, but Justin Upton grounded out. 1-0 Cubs after 1.

It was a much better second for Michael Lorenzen as he retired the Cubs in order.

Not the the Angels did anything, Marsh, Adell, and Fletcher going down in order in the bottom half. Still 1-0 Cubs after 2.

Things got sloppy in the 3rd. Michael Lorenzen and Jared Walsh misplayed the ball at first. Then a walk made that worse. Fletcher threw the ball away on the next play and a single made it 3-0 Cubs before an out was even recorded. Michael Lorenzen got out of it after that but that is some fundamentals that needs to be cleaned up before the season starts.

When the Angels got to hit, it was the complete opposite, 3 straight groundouts by Wallach, Ohtani, and Duffy, 3-0 Cubs after 3.

Andrew Wantz had the 4th and produced a much calmer 1-2-3 inning.

Things went good finally for the Halos as Anthony Rendon doubled to lead off the 4th. Walsh then reached on an error, and after a strikeout by Upton, Marsh doubled to put the Angels on the board.

A Jo Adell Sac Fly got another run across to make it 3-2 Cubs after 4.

Wantz was back out there for another inning, with a new team basically. Subs came in across the diamond. Still, he managed to get through the inning with only a walk to keep it a one run game.

Romine singled after he came in to catch, and Ohtani walked to put 2 on with no outs. Stefanic struck out, but Gatewood singled to tie the game up. Walsh singled to bring in another run, 4-3 Angels after 5.

Davis Daniel pitched the 6th, and besides a 1 out double, got the job done, keeping it a 4-3 lead.

The 6th started great with a Dillon Thomas single. But Velazquez lined into a double play. Romine singled, but Stefanic grounded ut to end the inning. Still 4-3 Angels after 6.

It was another inning for Davis Daniel and it did not go as well. Multiple walks and hits, as well as a wild pitch meant a run for the Cubs and it was now tied at 4.

Gatewood struck out, Rojas grounded out, but Taylor “Blake” Ward smashed one over the wall to give the Angels the lead again. 5-4 Angels after 7.

The Angels went down in order in the 8th, as Thomas, Velazquez, and Lovelace did nothing. Still 5-4 Angels after 8.

Zack Weiss was tasked to close the game out. Strikeout for out 1, groundout for out 2, and a flyout ended it.

I’m just glad we won, unimportant as a spring training game is. It still feels better than losing.

Stupid Platypus. We should have just drafted Adley Rutchman! Cheap Arte, we should have paid Stassi more! Why are we spending on catchers when we could have signed Schwarber and Soler? This is not an ace pitcher! Ohtani is totally going to leave now.

do you ever get tired of saying this stuff?

It reduces the chance someone serious comes along and says the same thing.

And it’s funny as fuck because it’s true. We have more fans that overreact to every move than the ones that understand what goes into building a team.

Last edited 10 months ago by Mia
3

But don’t fans typically voice frustrations than drinking the koolaid?

On this site or in general?

There’s voicing frustrations, and then there’s

“Why didn’t we sign exactly who I wanted and trade for every good player in the league for a bag of balls and a bat boy thrown in. I obviously know more about this than them!!!”

When in reality there is a handful of impact players available in any one off-season and you are bidding against 29 other teams and the player actually gets a say in where they go.

Meh, I don’t get the desire to police the comments. I come here for both the cold and hot takes. It’s sports, overreaction is part of the entertainment sometimes, I guess to me at least. Live and let live, the more the merrier here.

For the laughs, bro. 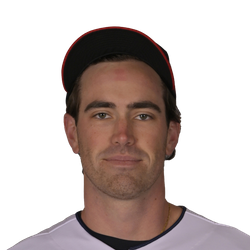 Dude, you DO realize Mia was talking about you…

Fans make tons of their own Kool-Aid. It just looks and tastes like piss.

Isn’t beating semi-funny jokes into the ground kinda what we do around here?

You darned kids need to get off my lawn!

I miss the days when boners were hilarious.

I hear people have been laughing at it for years now

Mia’s right. I’m just taking the first piss before some moron can actually try to say the same thing… but actually mean most of it… I also do it with better spelling and grammar… and zazz. I’d rather just type it out myself than have to read some chode whine it with all their heart and “mind”…. and emojis.

I’m sorry if I preempted anyone’s hot wank about signing Max Stassi. I’m sure you’ll all be able to wail about Hegert or someone like Arte’s fed your grandchild to him real soon.

First time for everything, eh? 😂

I sure hope so. Admire the determination, I’ve just been waiting to be impressed by him. It’d be nice though!

That’s cool how the Angels can get around the laws of physics by making ground balls pick up speed when they hit the dirt (well according to the announcer anyway).

I believe he means the trajectory of the baseball changes and the fielder cannot react quickly enough, thus it feels to that shortstop that the ball is speeding up, relative to the position of the glove.

At least that’s what Einstein says.

I got the feeling that he actually thought the ball sped up. But of course it just seems like it does compared to what the fielder was expecting. I just thought it was amusing.

he probably does think it speeds up!

I hope Ward makes the team. He just keeps on ticking and doesn’t give up. Maybe time for PTP to make a deal sending JUp somewhere while still paying 20 mil of his contract. With that other league having the DH it may work out. Just a thought is all. Marsh and Adell are a great combo. We still need more starting pitching that is ML caliber.

yes, we’d have to pay most/nearly all/all? of Upton’s salary. But maybe he’ll have a great year for us.

If another team loses a key OF early in the season, maybe we Angels can move Upton for something. Upton looks chiseled this spring and might surprise early but I don’t see him starting ahead of Adell Marsh. Agree with Ward making the team.

I see him starting if he actually looks good. He’s making a crap ton of money and doesn’t have MiLB options left. If he’s hitting it doesn’t really hurt the Angels to roll with him and Ward and then bring up the kids when needed.