MLB and the Players Union will have a meeting today at which the players are expected to present their counteroffer. Let’s hope this meeting goes a little longer this time.

The Mets reached out to Brian Butterfield but he can’t have the job because he is not vaccinated. (This is just a news story, not an invitation to start a vaccine debate.)

The Angels have the honor of joining in one of the top three trade busts since 2000.

The police have ruled that the deaths of a mother and her two year old son at Petco Park last year are a suicide and a homicide.

Former MLB pitcher Sergio Mitre is in prison in Mexico for raping and murdering a 22 month old girl. He got 40 to 60 years.

Dan Shaunessy left Pedro Ortiz off his Hall of Fame ballot and Ortiz apparently threw a hissy fit over it.

How do you feel about the way the Commissioner handled the sign stealing with the Astros and Red Sox and how the punishment was handled? Was it right and proper the Yankees and Dodgers were not part of the investigation?

Now believing that the Houston Astros were punished fairly then do not read any further.

The evidence against Shoeless Joe Jackson set precedence for what could be expected for breaking the rules of Major League Baseball. Fixing games was and still is cheating. But under Bud Selig’s watch as commissioner the enforcement of rules and the integrity of the game went to the wayside as money was the focus point. STEROIDS really changed the game in more ways than just numbers. Players and fans disagreed on what was happening to the game and a way of thinking about morals or what defines cheating.

The numbers that were being put up in the nineties were just mind numbing. It was like a drug to fans wanting bigger numbers put up and the Player’s complied. The bigger the numbers the more people went to the ballparks to witness the HR’s being generated and the more money the owners made. Selig had no backbone as he and his lieutenants were fully aware of and did not want the rath of the people he worked for to come down on him and his office. If you look the other way then maybe no one will notice? When the fans and the press came out of the ether only then did Selig step up. It took a while, almost two years for the MLB Commissioners office to sanction a full report.

Now when the report was returned and a list of around a hundred at that time current and former players was presented with am no punishment was doled out because a fear of law suits from the players and their Union. That was when the Union gave into limited testing but still no real hard action as a result of using steroids.

New Commish and new cheating scandal and the learned response from how good Ol’ Bud handled things, look the other way and hope it goes away. Only when the press gets involved and the fans start to point fingers does the MLB New York office get involved. Now the “Big” inquest begins. Sound familiar? Outcome is making a deal with players to talk their heads off and there will be no consequences. After two teams are lightly spanked the trail to other teams and players involvement in similar episodes at different stadiums was not pursued according to the Commissioner Manfred.

Do you believe that only two teams were stealing signs? Was justice achieved in Joe Jackson’s lifetime ban or the same for Pete Rose? Or in the last 25 years has MLB showed the right stuff easy with those that cheat? Was sign stealing cheating? Was steroid use cheating? Does the public still trust and respect MLB?

Shhhhhhhhh…. The sign stealing investigation was half ass’d right after they realized a lot of teams were doing similar things.

After the secret, behind closed doors investigation revealed a PR nightmare they decided a soft punishment on the Ass’tros and Suxs along with a strongly worded league wide memo would be the least painful course of action ….nothing to see here, move along.

You did it. You wrote the 5000th comment about this. Because of your effort, and the 4999 efforts before this, you win. I just don’t give a shit anymore. I actually kind of like the Astros because they beat on the Yankees, Red Sox and Dodgers. I don’t care if cheaters get into the HOF anymore. Big Papi’s a twat. He won’t be the first twat in the hall. I think Roger Clemens was a stone cold beast and I want him in cause watching him pitch was the shit. The golden moment has arrived, the teeter totter has flopped . I am actually more annoyed by people bitching about cheating than I am about cheating. Somebody forge Brett Boone his plaque now.

You did it, yep you have me convinced that you are right that no one should care. Who needs MLB to be honest anyway? Because Roger was a beast when cheating should not keep him out. Oh it’s so the shit watching cheating teams beating up on other cheating teams. BTW I really think you are the stone-cold beast here. Using bad behavior to justify bad behavior really works too.

I can’t really understand what you typed. Just don’t want to work that hard.

Are here I am being worried that I might annoy you some more posting additional bitching about cheating scandals, as you are in my thoughts when posting about how I may feel about, well, anything.

That mitre story is disgusting. Not sure if mexico has the death penalty or not, but this dude belongs in a barrel of acid, cartel style.

Hopefully this will hurt his HOF chances with some of the more forgiving voters.

A lot of the commenters seemed to think that dude was going to get offed pretty soon by his fellow prisoners.

ummmm, yeah. That dude’s fucking dead. Someone’s gonna get a lifetime of respect in the pen for offing that guy while in segregation…. if the guards even bother putting him there.

Correction. They will most likely kill him eventually, long after he wishes he was dead. I would honestly find a way to kill myself before going to an American prison with that jacket… friggin third world jail? Hell no.

Yah. Today’s news was all shit show I didn’t need to know.

It has turned into an actual conversation. Hopefully one that has happened in part behind closed doors. Definitely one that needed to happen a long time ago.

Two years before arbitration is more than fair to me. I’d also bump minimum wage up.

Find it hard to root for the Rams after they left me in the mid-1990s. Loyalty and abandonment are big issues for me. 😎

Look for the positives…they came back.

…. after trashing our stadium

I’ve forgiven them, especially if they actually win the SB for SoCal.

Yep. But that bitch had to die first

There’s something seriously wrong there.

Does throwing a hissy fit demonstrate sufficiently bad character to satisfy the we-don’t-care-if-he-cheated voting crowd and leave David Ortiz out of the HoF?

(I know the answer is no and wish it was yes).

Well, he’s adding coaching staff, the jury is still out on whether they are talented.

Stupid daft PTP. Cheap and evil Arte. I don’t know anything more than what’s on that MLBTR link about this guy but I hate this move cause reasons. When will PTP hire some FO guys? He needs to hire a POBO. And Tom Hanks.

Shouldn’t we have some unlabelled pictures as well? 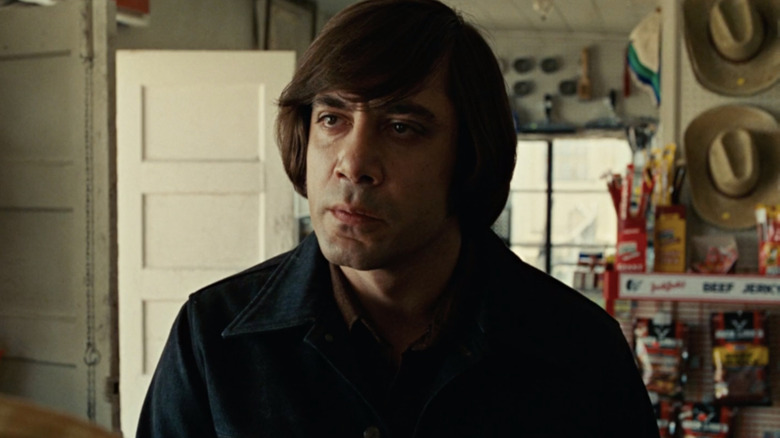 I feel like we do this same exchange every day now, you and I.

That’s because Arte is SOOO cheap and SOOOO evil he only bought me one canned response.

Seeing as Pedro Ortiz never got out of Rookie ball for the Orioles, Shaunessy is probably ok.

(Also, there are good reasons not to put David Ortiz in the Hall either – especially if the other suspect members of his generation are being left out).

So at what point does HOF voting just come down to a popularity contest?

I don’t know. Lots of fan favorites that never make it. Does Ortiz deserve to go in? If so, why? Post season? Played for the Red Sox? Purely as a batter?

He isn’t a HOF first baseman. Does primarily not playing in the field detract from his candidacy? Is his bat good enough on its own?

You know, I never even stopped to consider whether Ortiz deserves to be in the HOF based on his ability, because everyone just seems to assume he is HOF-worthy. Looking at his stats, if he gets in, it deserves to be his last year of eligibility at best, not his first.

He is well below Edgar Martinez as a DH, and that’s before you consider how much Fenway helped Ortiz and how little Safeco helped Martinez. This interesting article also places him pretty far below the average HOF 1B: https://blogs.fangraphs.com/jaws-and-the-2022-hall-of-fame-ballot-david-ortiz/

Ultimately, the question is whether the HOF is for objectively great players, or whether it includes popular, very good players who contributed to multiple WS championships through excellent post-season performances despite having subpar regular season stats (for HOF players at his position).

Woah, that’s an interesting embed. I did not choose that quote or do that on purpose – it’s just a simple http link.

Not surprised what happened with Viszquel this year, but i am a little bit about Schilling. (Schilling belongs, Visquel doesn’t)

but if Ortiz get in this year (on First Ballot no less) and these guys don’t:
(Clemens/Bonds/Sheffiled/ARod/Manny)

I will never look at the HOF the same way again

I feel the same but different. ” Cheaters should never prosper”, GrandpaBaseball’s mother. Why does Ortiz get a pass, because he was a nice guy with a nick name? Shaughnessy was right and all the complaining is just a guy who thinks he is privileged because in Boston he was loved.

i dont think any cheaters belong, but if you let a mediocre juicer in because he’s a popular guy with ONE fan base, and keep out superior ball players that had a track record of excellence before they juiced…..

some thing is a miss.

Keep ’em all out. Why continue to cheapen the HOF. At some point, it will stand for nothing.