Here are the bonus pools for the international signing market, which might be the only real action we see this month. The Angels will sign Nelson Rada and Jonathan Linares over the the weekend.

Shohei Ohtani is still taking the high road about that Steven A. Smith incident. He also intends, of course, to be the best player he can be. He intends to communicate with his play rather than with his words. The remarks originally appeared in GQ. Here is Shohei’s cover photo. Here is the GQ article. It’s a longer read, but there are a lot of cool pictures.

Juan Lagares does cool things in the Dominican League.

Jon Lester announced his retirement. Another pitcher falls off the board.

Former Angels coach Eric Hinske is under consideration to be the Yankees hitting coach.

I’m not sure if this is the same one I linked a while ago, but these kids should not be stealing home at all, especially not with a right hander batting.

I for one like it! Nice guy. Lots of potential. Will grow into the job.

I didn’t like Victor in the beginning, and i’m trying to remain optimistic.

Your joy has been noted

yeah I agree. I enjoyed his broadcasts more than Waltz’s, whom I felt meh about, not too bad and not too good.

this is the broadcasting equivalent of “tony reagins becomes GM” lmfaoooo

I must have missed the Rich Waltz news. I thought he was doing well. No opinion on O’Neal, though.

Well at least Patty O’Neal is an Angel fan.

Unbelievably bad. This franchise is a joke.

This is all because they have some infatuation with Vasgersian’s national profile but don’t want to pay an experienced professional to fill in all those games he opts out of.

Maybe…..hire a full time pro? Now we get amateur hour half the games?

You have been recorded in the history books as “rage”

This effects me very very little. Still, I am angry. Obviously Arte did this so he can have a yes man in the all important part time play by play broadcast position. It makes me so mad that Arte won’t pay a man to “speak truth to power” and shit all over this team. I need some guy on a screen with a microphone to parrot my thoughts back to me, it makes me feel warm and strong inside. Sure, I can’t really name any other teams that have that guy either, but that’s not gonna stop me from raging against this machine because I hate my dad, I mean Arte, and I need this. It’s all I have.

Can they at least mandate these dipshits to announce road games and home games in person ? Sitting at home pant-less in front of your monitor in the garage trying to call a baseball game has to stop. Half the time, the at-home announcers can’t initially tell the difference between a 3 run jimmy jack and a pop up to short.

I was born and raised in California, so yes, I am always in favor of mandated dipshits.

Sitting sans pants in front of a monitor? I fail to see any problem here.

Have you thought about a career in MLB broadcasting?

Your faux rage has been noted

Rubbish. Really tired of these lame decisions and get Matt V. outta here, back to his Manfred diggs. That fly is annoying as hell.

This off-season has been harsh.

You have been recorded in the history books as “rage”

This really Is the least of our problems.

Glad for Patrick, I think he will do very well. Now just dump the “part time Vasgersian” plan. It is the broadcasting equivalent of the “runner at second to start extra innings” rule by Manfred. Matt V has his place in baseball, just keep him away from nightly Angels broadcasts. As it stands now, if Matty V is on my TV, then volume off and Terry radio broadcast on.

This is a signing I like. There’s a bit of upside here–
From Rotoworld:
Angels signed OF Magneuris Sierra to a minor league contract.
Sierra at one point ranked as a top-100 prospect, but the speedy 25-year-old holds a weak .240/.287/.278 career batting line with zero home runs in 233 games (540 plate appearances) at the major league level. He will probably be stationed at Triple-A Salt Lake to begin the 2022 campaign.

My take – speedster with no power and average defensive instincts as CF. Maybe coaching can bring out tools that at one point made him an interesting prospect.

Agree. No risk. Good raw materials. Could be useful. Hope we don’t need him to be.

Plus he has a cool first name.

We also got Kyle Bearclaw to possibly pitch out of the pen some day if he doesn’t suck. If he does suck, this also costs us nothing.

We should probably still rage about it though since Bearclaw is not ace caliber but was obviously signed as a signal specifically to me that the Angels won’t sign any more MLB pitchers.

Cheaper version of Juan Lagares, in case of OF injuries? (We have some depth there though, right? Adell, Marsh, Trout, Upton, Ward, then (at AAA) Lund, Cabbage, Thomas, Sierra (and Torii Hunter Jr at Rocket City)).

Upton was a finalist for a GG (if you can believe that). So was Trout.

Today’s the day nothing will happen in talks. Maybe they’ll get together for as long as ten minutes this time

Annndddd… shocker. The MLBPA was not happy with the MLBs proposal.

The next shocker will be when Ohtani or Trout comes out and declares that they like to win baseball games and would like to do it more as apposed to declaring that they don’t care or even don’t enjoy winning more than losing.

Also breaking any time now, a giant, expensive, annoying government program is failing to solve a problem but is causing new problems.

Awww shit, now I find out the Pie Diet was a lie too!!! Damn, getting so you can’t trust things on the interwebz these days.

I’ve been wondering why I’ve been gaining weight for like 20 years… now I know. Screw science. 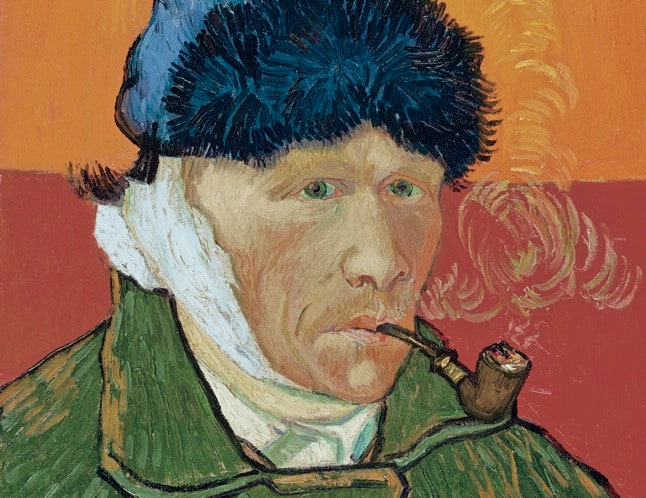 Is that Hudler?! His hair transplant needs some work.

Why is Vinny’s COVID mask over his ear?

Happy Thursday ya’ll. Tuesday, I wrote about the owners, yesterday the players, so today I think the fans of the game should be included. There are many levels of Fandom in the sport of Baseball, so I will talk in general about fans. Why is MLB so cool, because of all the fans. The fans pay great amount of money into the coffers of the sport from not just tickets but, parking, food, drinks, shirts and hats, paying for higher tiers of cable TV, buying products advertised at the park and on radio, TV, in stadium billboards that we purchase.

We pay through taxes, sweetheart deals on tax breaks and using the public’s money to finance stadiums.

With the latest in inflation rising only those who are fooling themselves into thinking that a trip to the Big A is a great deal will be able to afford to attend games. If you are like me the deals to purchase some season ticket holder’s spots are only for the less talented teams that come to town. The price to attend games is going up once the lockout is over, even if the two sides can compromise on all the details of a new contract.

Covid has not helped at all, but overall attendance was slipping even prior to the Pandemic, so now the Owners need to make up that loss of revenue, right? But where is the money going to come from? The fans, period, end of story. Unless the fans do not show up for the games or do not turn on their radios or TV’s. Could happen.

Overall, the Lock Out came at the wrong time. The Player’s demands came at the wrong time. The game no longer attracts the majority of kids to learn to love the game anymore, not as many kids play the game anymore and the price to play even on some form of Government property has risen through the roof. 20 years ago, MLB started charging Youth Baseball to use MLB teams names, class act. Recently MLB changed rules to the game and that went over like the proverbial lead balloon. (Starting a runner on 2nd base in the 10th inning as an example.) Travel day games are not popular as they start to early and getting off of work is tough. Players themselves making the games last another hour by stepping out of the batter’s box or taking too much time between pitches and stepping off the rubber is a waste of time. Players who can’t hit, adding Superball’s to the game to see more HR’s have only hurt the game.

What should be done is lower the prices across the board and get the kids back into the game. Don’t fix what is not broken, just sell the game better and cheaper and the financial end of things will return to normal. Lessen the greed or appearance of such, and Oh, get a new Commish with a personality to market the game better.

Sho does have an agent, but after seeing him make his sponsors happy in the video included in the link(thus being well paid from a purse that’s not named cheap Arte), I am more inclined to believe that he will be open for a team-friendly deal around 20m AAV.

An extension will also depend on how competitive the team looks, but come on, with the Rendon and Trout window(and contract), Arte and Perry must know there’s no time to waste.

Steven A. Smith needs to have his lips stapled shut. Asshat first class.

“But I came here to play baseball, at the end of the day, and I’ve felt like my play on the field could be my way of communicating with the people, with the fans.” – Shohei Ohtani

What an awesome statement.

Those kids weren’t stealing home. You’ve been duped again by someone editing video. Notice there is absolutely no reaction by the fielders, batter, or the people watching the game to the stolen base.

Yeah, we had it several months ago. I remember seeing someone mention that it might be the batter himself who actually slided in a few minutes later.

I looked again and it isn’t the same kid. The batter is #36 and the runner is #?5. I would guess it was a kid on third base who came home on the play.