Have you heard about the lockout? Yeah, MLB owners and players are trying to figure out how to split up a huge pile of money. Apparently they can’t figure that out and operate at the same time.

So there’s not a ton of new stuff to link right now.

And don’t expect that to change any time soon. The owners and union will enjoy their holidays before resuming talks in January.

One thing that never stops is the need to give back. David Fletcher is hosting a poker tournament to raise funds for Summer Harvest Food 4 Kids. You can buy your tickets at www.summerharvest.us and help support this cause. There are tickets for food and the meet and greet for us non- poker players. I’ll see you there.

When the freeze is lifted, the Angels still have some team building to do. How much is left likely hinges on whether the team considers Marsh and/or Adell worthy of starting.

It could also hinge on whether other teams consider them worthy trade chips. Not to be overly dramatic, but how Perry views these two will drastically impact the Angels roster for years to come.

During this pause in the action we can look and see what teams are paying per WAR on the free agent market and how it compares to recent years.

Continuing on with the theme of honoring the greats of the past recently inducted into the Hall of Fame, let’s take a look at Minnie Minoso.

I think it is important to put how different the baseball landscape was during Minoso’s career. While rosters are populated with dark skinned guys from Latin America in the modern game, that wasn’t the case in Minoso’s day. Minoso was the first black player on the White Sox.

Also, counting stats and batting average were more valued in his time than they are now. Leading the league in hits and batting average really meant something as contact was preached, not power. The two strike approach, putting the ball in play, hitting behind the runner, speed on the base paths. Those were the things highly valued in his day (and under valued today IMO) and Minoso was great at all of those.

This is a really great article on Minoso’s career. I wish this was in print so I could feel the pages and see the glossy photos.

Here’s another great piece on Minoso from a website I just found called cooperstowncred.com that looks to have plenty of things for future links. This piece also touches on the informal quota teams placed on players of color back in his day, which I think is important. You had to be starter quality to make the squad. This might have denied him an opportunity to play in a utility role for a few years, extending his career and increasing his career stats.

Minoso is hailed as “a real hero” by those who knew him and played alongside of him. There’s a great quote in there from his son.

Minoso was truly “Mr. White Sox” and will always be remembered fondly for those in the organization and the fans who saw him play, coach, and be a goodwill ambassador for the club and baseball.

Speaking of the Hall of Fame, the bowtie takes a look at why roid freak David Ortiz is expected to get so many more HOF votes than roid freak Sammy Sosa. At least Sosa played defense. 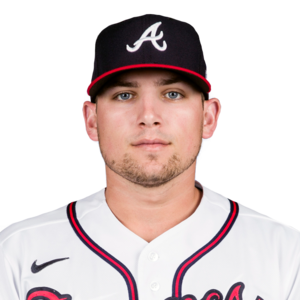 I think I’d rather have the 1,185th pick from that draft.

whatz rong with both of them?

Yes, let’s not have either an owner or a GM. Just, like, no franchise to support at all.

A late heads up— the MLB Network is airing “The Bird” tonight at 2AM. This is a terrific program about Mark Fydrich and the absolute joy he had playing baseball.

Will never forget that game. Sale acted like a petulant child.

A change up low and outside, below the knees, and Trouty reached out and put it over the wall. Incredible!

(Sale had every right to be pissed, he shouldn’t have been facing Trout there, and pitched well, he just got beat. Tough to take, I would imagine).

That was an epic at bat.

I was watching fights that night with some friends. They ended just in time for me to catch the Trout at bat. It was a perfect night.

Sooner than later….drones will enhance our viewing of live sports. Surprised it hasn’t already. Limitless potential.
Looking forward to watching Trouty hit a walk off HR in a win over the Ass’tros while the ball is being tailed by a drone as in lands 459 feet from home plate.
Drone camera operators/pilots will become rock starts.

During the HR derby you could have drones hovering out at certain distances and if you knock one out of the air you get a donation to charity.

Opens up new avenues for cheating, as well.

I love seeing pics of players as kids

Why does Marsh’s mother have pictures of Trout as a baby?

I always thought babies look like the Michelin Tire Man 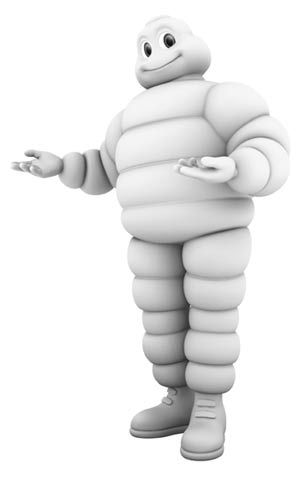 Why is she re-tweeting Halos Heaven articles?

There’s that old line if you don’t know who the sucker is at a poker table is, it’s you. That’s how I feel about Minasian on the trade market, like his Dad gave him some money to play with until he loses it all. I don’t know where he ranks among GMs, but I know it’s not anywhere near the top. It feels like he’s the mark. Add in the fact that the Angels are in “win now” mode takes away any leverage he has in a trade Adell or Marsh scenario. I like Marsh better because I think he’s roughly Erstadt 2.0 (one of my favorites) and I don’t know what Adell’s comp is, but I’m inclined to keep and start both and not trade either for an untrustworthy pitcher from the Reds.

We still need another starting pitcher and a real shortstop and more bullpen depth, so I know Minasian has at least one hand tied behind his back. So, I guess this means to me I’d still rather keep Marsh and Adell than trade either for Luis Castillo or Sonny Gray. Instead, I’d get an injured free agent pitcher at a discount like Kershaw or Rodon in our six man rotation, and go with a non-Rengifo option at SS, and hope for the best, Then try to pull an inside straight to finish the bullpen, which I understand has almost zero chance of success.

If It was my money, I’d at least try to buy Story on the cheap and pair with his fellow aging declining vet Rendon on that side of the infield. So I guess some will say this proves I’m the other sucker at the table.

Do you really trust Castillo, Gray, or Mahle less than the non-ThOhtani options we currently have?

And I gotta say F shortstops for now. Just run Rengifo or someone out there in the 9 hole for now until we find an opportunity for an okay trade.

Yep that big sap Perry The Sucker really got taken to the cleaners last year in that Raisel Iglesias trade.

We think Perry did an excellent job getting us on board for 2021.

Hey Trader Layer, Quintana was free agent not a trade .

But Considering the acquisition cost of Fowler, I doubt I would consider that a huge mistake despite his unforeseen injury.

Athletic has an article about Syndergaard wearing #34, first player since Nick Adenhart. Nick’s family is on board with this.

That is a good article