Today we have our last day of the year with more than two baseball games! Enjoy the full slate!

Just what MLB wants as its postseason continues…a rules controversy.

Late in the Tampa Bay-Boston game Sunday, Kevin Kiermaier, known slugger, blasted a ball into the gap. With a full-count and two outs, Yandy Díaz was off with the pitch and would have easily scored had the ball stayed in play. However, Boston inadvertently knocked it out of play, which triggered an automatic double.

It seems the rule has been correctly applied, although perhaps the rule is not great and maybe bases should be cleared on automatic, “ground-rule” doubles.

Sam Holbrook is, of course, the umpire responsible for that infamous Andrelton Simmons infield fly rule call. (Remember a time before Simba was an Angel? Wow!) I cannot say that I remember a third instance where I distinctly remember Holbrook’s name, which on one hand could mean he’s a really good umpire and fans don’t notice him, but on the other hand means that he’s only going to be known for these two plays, which is just incredibly unfortunate.

An autographed photo of Shoeless Joe Jackson goes for over $1.4 million. Wow!

Remember that Arozarena stolen “plate”? It could have simply been avoided with a strike!

meanwhile, in today’s games…I’m really ignorant of the players in the NL. Peralta vs Anderson. Who’s Anderson?

Stassi only. Pass on the rest.

Gonna be really hard to find equal production at that cost in free agency!

But I definitely look forward to your If I Were Perry, and if you own me by signing a bunch of players who turn out to be studs, I will praise you effusively.

I’m not a GM, but if we have to fill out our roster with players like these, it’s going to be another very disappointing season. However, as I said, I do like Stassi.

I didn’t say the season wouldn’t be disappointing! =)

I want it to be not disappointing, which is why I would prefer to pass on the motley group, and hope our genius brain trust and awesome owner can pull a rabbit out of a hat.

How terrible was this depth? If we were stuck with these guys, but had healthy starters, how disappointed would we actually be?

If we all say the players suck…because you know – Arte, the actual stats are immaterial. Get with the program!

Yeahhhhh but….. if we save 4M on depth that can get me a nice fresh reliever who can then come here and be hated by everyone.

Wouldn’t you rather be choosing backups from this group SF has than our roving batch of Schmohawks? There’s almost no difference between their starters and bench players.

Here’s a suggestion without the hostility of a summit between Lions & Spotted Hyenas.
What if we make the goal to just getting to .500 ( as in 81-81 ) for two straight seasons while we recoup our still handicapped farm system for the next two seasons. Meanwhile Perry is simply gonna have to work his tail off for the next two yrs to try to improve our farm system exponentially.. We can do that and we did it before ( remember 20 yrs ago when the Dodgers had Kevin Malone and we had Bill Stoneman as our GM’s LOL!!! Malone was busy attending the Oscar DeLahoya fights and the Laker’s games at the new Staples Ctr back then and barely doing his damm job ). Kept seeing that fool on Fred Roggin and he must’ve made Logan White furious to see that.﻿ 💪 ﻿

He is the guy I think we could replace for cheaper. Not convinced he is a useful utility guy off the bench – and we get more versatility with better defense with younger players already under team control.

I do not think many teams would jump at a non-tendered Goose, so even if we wanted to retain him, we could sign him for less. At best, he competes for a bench spot – but can’t play all of the IF positions nor the OF well. Rengifo/Barreto/Mayfield all more versatile IF options, and Ward/Lund/Brendan Davis to play 5th OF off the bench (we have 4 OF already, for another year).

Pass on Guerra…….the rest, see you in February.

Oh, I’m not wanting Rengifo either. The guy plays well for 2 games and then goes full “forgot baseball basics” mode and blows plays.

I think he is preoccupied with how to get dad and sis out of jail without showing his face around Venezuela.

Yeah, he is going to have to get Permanent residency either here in the U.S., or maybe Mexico. If he goes back to Venezuela then he will be immediately arrested.

It might still only cost $5,000 to buy permanent residency in Paraguay. I suppose he would be at heightened risk there that they send around some kind of kidnap squad to drag him back to Venezuela.

The non-tender date should be sometime in early December so, we’ll have to commit a roster spot. Outside of Stassi and Mayers, the rest of these guys are roster fillers, certainly will have options during the FA period for those will sign for the minimum.

Mayers barely makes the tender list due to his strikeout rates and his performance during the last month of the season.

Yeah. Who can we get to be the #5 guy in the pen who will be a sure bet to eclipse Mayers at the same price? We may even get him for a little less? That’s all fine as long as he becomes the #4 or 5 arm in the pen, not #3.

At 700K Barreto’s totally getting a shot and that’s fine, he’ll at least push Rengifo.

That is exactly my thoughts on Mayers, a No. 4 or 5. Team hit him better this year than in 2020 but his K’s/9 and BB/9 hung close. Maybe he was just exposed too much but on some nights, his cutter was pretty stout. 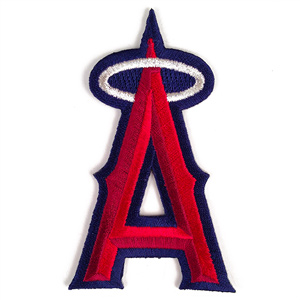 Holy crap! I agree with 2002 about something… AND… he didn’t post some anonymous picture.

Beisbol been berry berry good to me.

Helluva ballplayer. Coulkd hit from both sides and had a glove that made Ozzie envious. Too bad Stoneman drafted Adam Pace in 2000 when Chico was on the board…..

Dude, I just totally thumb upped this guy! The only smidge I have is the crap outfield depth. It was crap, but how many OF is a GM supposed to sign in a given year? Trout, Upton, Lugares, Schebler, Eaton, Fowler…..

The reserve 3B in the OF situation sucked, but I think I will prefer having done that in the long run since Marsh was hurt part of the year and Adell was emotionally damaged I’m glad we didn’t rush either of them up just to avoid Plan Goose.

I’m praying for no SS. All pitchers, baby!

The rule was interpreted correctly and the umps made the right call. I don’t like it, but it’s the breaks of the game. Ob-la-di, ob-la-da

I don’t know if it would have changed the outcome of the game or not given the next inning’s events, but a more logical rule would certainly have altered the momentum and it’s obvious this rule hasn’t been field tested as much as others. Hopefully they’ll add something directing the umps to place runners based on their position at the time the ball is deflected out of play.

Well said. It was the correct call based on how the rule is written today. I agree it is a bad rule as written.

I don’t see why the rule should be different when it bounces off the fielder chest than when they throw it away (into the dugout or the stands).

I don’t think Renfroe made a “mistake.” He was very close to the wall, ball was hit hard and the ball ricocheted, short-hopped, off the ground (in-play) and hit him before he had enough reaction time to do anything.

Clearly the right call and was not as a result of some greater conspiracy to help the Red Sox. The Rays saw it the same way.

I’m not implying a conspiracy, just a lack of logic in the rule. How many other situations are there where the defense benefits from a player inadvertently deflecting the ball instead of fielding it cleanly? Now how many of those were actually the result of another player intervening to back up his teammate instead of a quirk in the rules?

Renfroe himself thought he screwed up big time and was giving the game away as evidenced by him desperately reaching for the ball as it floated over the fence. That tells you all you need to know about the play right there.

Renfroe was just chasing the live ball until it was irretrievable as players are trained to do. There’s no mistake or error on the play. He was not going to make that play cleanly.

I agree that bad rules should still be interpreted correctly and subsequently rewritten to make them good.