Packy Naughton continued to audition for a spot in the Angels 2022 staff, and today, he looked like a pitcher destined to start next season in the minors. Obviously, the Astros boast a vaunted offense, ranking 2nd in the Majors in team OPS, but Packy’s three walks and just one strikeout in four innings did little to showcase himself.

Houston once again jumped out to an early lead with two second-inning jacks from Kyle Tucker and Aledmys Díaz.

After a quick Jack Mayfield homer, the Astros stormed back with two more dingers to take a commanding 10-1 lead before the sixth inning had ended.

Shohei Ohtani hit #45 though! That was cool!

The Angels have officially been eliminated from the postseason race. 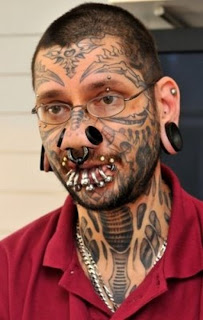 I didn’t think I could take you less seriously…. then I saw how you use .png files.

I thought it was a little weird, but I didn’t say anything because he converted to a .jpg which is easier on the bandwidth. He might have made a white layer underneath before flattening or screenshotting or whatever he did.

Deckhand Jack with a HR.

The Padres farm director was just canned because it’s his fault seemingly 20 MLB pitchers decided they can’t pitch anymore at the MLB level and Tatis & Machado are big children.

I have no idea who our farm director is. Wonder how our all pitching every round strategy was seen – and how quickly they will make an impact (some were pretty close to ready for the pen at least, if memory serves).

The guy known for Salisbury steak

Record tying performance – but there is still time. Ohtani can do it (with an assist from the pen, perhaps)!

the math had us eliminated last night. We had, at that time, 78 losses and the two teams fighting for the 2nd wild card had 84 wins. So that’s 162 (78+84). But NYY and Toronto will play each other 3 times so, unless I’m mistaken, at least one of them will reach 85 wins.

Nice to see Shohei get on the board again, nice blast.

The product on the field….
Our record against AL West….
Someone needs to be called out…..
These young pitchers are not the answer….
These back up players are not the answer….
Something is a joke…..
Perry is dumb….
Arte is Caligula……
Waste of Ohtani….
Rendon hurr derr….
Dumbf*** picture of some GM or player….
Some douche bag will declare that only winning matters…..
David Fletcher blah blah…..

It’s a night that ends in Y. The team’s almost won half it’s games but it feels like we lost all of them and then borrowed some losses from Baltimore. Let’s hurry up and get to the off season so we can complain about acquisitions and lack of commitment to winning and how Arte should spend more followed by “If I Were GM” posts with 240M payrolls.

The Steelers are gonna suck this year too, so I should probably get into pottery or something.

Loved the last line here, made me laugh out loud. My wife is from Pittsburgh so…well I get it.

What a joke even with the injuries.

…and with 8 games left with 2 of these teams I’m sure our record will only get better.

So you’re saying there isn’t a chance?