At one point, it was the Blake Snell game. Cruising through five innings very efficiently, with the clock reading little more than an hour, one could be forgiven for thinking that Snell would polish off his perfect game and then maybe go throw a bullpen afterwards, so little was his effort expended.

Snell was cruising through six, sitting at just sixty-six pitches, but Packy Naughton had matched him stride-for-stride, pitching five strong innings before being lifted for a pinch hitter in the sixth. Kean Wong struck out, something Packy could’ve conceivably done. But the Angels are still stretching him out, and the 72 pitches he threw tonight represented a significant step forward.

In the seventh, David Fletcher drew a leadoff walk to break up the perfect game. Luis Rengifo then tried to break up the no-hitter with a bunt, causing Justin Verlander to grumble. Rengifo was initially called safe, but he was clearly out, keeping the no-hitter intact. After Jack Mayfield walked and stole second, Jo Adell broke the no-hitter and gave the Angels the lead with a lacing single into left.

Shohei Ohtani got his appearance in the eighth inning and hit a single. And the Angels bullpen closed out the rest of the awesome shutout victory.

Great outing from Packy!!(That Goodwin trade is starting to look like a good win.

Would have loved to see him go deeper, but the bullpen surprisingly preserved the lead!!
And since it’s just the beginning of his career, I suppose pulling him at that point might be the right call.
Hopefully he continues and can be in the mix for the 5th or 6th SP of the 2022 rotation.

With the exception of Ohtani, everyone on the roster is in the mix for the 5th or 6th SP of the 2022 rotation…..

too many potential bottom of rotation candidates, not many middle/top candidates. We do need one (or even two), who may not necessarily be “ace” in stuff (we got Ohtani for that), but who should be ace-like in availability and consistency.

Padre fans sound like us after the Halos lose to the Rangers.

I noticed Marsh adjusted his stance slightly and has raised his hands and does not wiggle the bat as much. Kid is an elite outfielder, love his swag out there

it hasn’t helped he’s getting eaten up by lefties.

Beating playoff teams isn’t that hard, they aren’t so tough…….

If so, does that mean that we are one of them?

We would be if we played better against the AL West earlier in the season.

We likely are if we have Trout and Rendon back for the bulk of the season.

We are who we thought they were….just slightly worse.
Unless Packy and Rengifo are all-stars, then we are one of them.

Packy gives me those Wade Miley vibes. Feel like if your a lefty with a consistent change up you have a shot to stick around for awhile. I’d love Packy for long relief and spot starts next year.

Where are all the wise guys that a few weeks ago wanted to trade Adell?

Now that he’s proving to be MLB-competent, he might actually net a good young SP, so, yes, we’re still here, even if we are increasingly torn.

Who would you want that is a safer bet to be as good/better than Adell?

Do we want stop gap players in the OF, or having it locked down until after Trout’s contract is done?

In principle, OF’s should be easier than finding a good SP. Having said that, I remember Navapile and other OF disasters well enough, though…..

Here I am. Trade while the trading is good. Angels need pitching more than they need Adell.

Packy looked really good tonight, Rengifo actually contributed, Herget looked sharp. Love to see Adell get pumped up when he gets a hit. Maybe we have an actual team here. Let these guys play out the month. We might actually have something here when we get the big guys back next spring.

Jo Adell is a KING!

So so many young, buff, slinky panthers! Who is the blackest panther of them all tonight!?! I can’t decide, there is just way to much young panther in that clubhouse, just hangin out, listening to Cardi B and drinking Zima (err, I mean White Claw) and destroying hopes and dreams. Adell? Packy? So much darkness, so much panther, so maybe we don’t totally suck next year if this is how our 2nd and 3rd string plays. Nights like this give me hope we can crush the Mariners hopes. May these young Halos spread the suffering far and wide, crush their enemies, and hear the lamentations of their women. I know it could easily kill me, and yet I still wanna pet it.

I know. They look just like a huge version of my brother’s cat. Very soft.

The MLB package is is actually allowing me to watch the post game, which is quite fun tonight.

They started airing pre-post-games about 2 weeks ago and I too was surprised. Finally was able to see Alex and then they let her go

What a game! We were surrounded by 25 Angels stadium employees and 3 older well dressed Japanese ladies who came to see Ohtani. Good times!

You’re lucky you got to see a great game tonight!

Lucky them Ohtani got to hit.

Snell is a five inning pitcher, so the no hitter actually worked against them. He just ran out of gas

My headline would have been
“Angels smash the Padres”
Just sayin😁

I wonder if in some weird way all the injuries giving some of the youngsters a chance to play may actually be helpful in the long run. I’m glad Joe is actually making sure they are getting their prime time.

I’d hope so cuz I ain’t watching for my health.

It ain’t been helping my health, the last few years.

Yeah, Adell and Marsh getting this time is really crucial. And these young arms are exceeding my expectations.

And ever time Packy does well I feel vindicated.

If the team did better early do you think Marsh and Adell would be getting this kind of experience?

No way. We’d be seeing guys whose names I can now barely remember.

My feeling is next year this experience is really going to pay off. Especially with Adell and the progress he has made as a hitter. He should be really good.

Both Adell and Marsh doing well means we don’t have to sign any expensive OF help for a long time post Upton. That’s a big deal. Walsh, Adell, Marsh, Fletcher, Stassi, young back of rotation and pen arms all being pretty affordable could really help us pay Ohtani and future pitchers.

Sure, but I don’t want one of the ‘big names’ (meaning 20+M a year). We have some SS on the farm, so hopefully we have a stopgap for a couple of years and then one of them pans out. 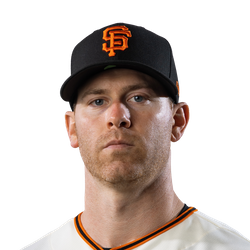 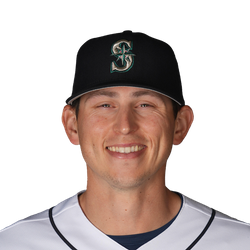 Upton for one. If we were doing better it would be because Trout and Rendon were healthy so there are two more names from the dusty past.

I know we’re out of the wildcard hunt but this is one of those rare nights where everybody in front of us in the WC lost and we won. Not too many of those this year. We’re only 9 back! 😆

Last edited 18 days ago by UtahAlumnus
1

We’ll likely be the 10th best team in a 15 team league when its over. But maybe the 8th or 9th! In any case if were not getting a top 5 pick then I don’t care where we draft.

And our team has better pieces than all those others so embrace the optimism. We aren’t that far away from contending

Last edited 18 days ago by MarineLayer
1

I generally don’t sweat the picks themselves after top 5, as far as “can’t miss” etc. But the other thing to consider is the total amount of draft compensation the higher up in the draft you pick. That could allow for 15 more pitchers next draft or just twelve.