Suarez has the start today. While last time didn’t go so well, this time, he showed why he is in the rotation now. He didn’t last too many innings, in part due to Maddon, but it was another good outing by the starting staff this series. To his credit, the bullpen did their job and pitched well. Meanwhile, Fletcher got 4 RBI on 4 hits and his second home run of the year.

The Angels faced an old friend in Hector Santiago today. Ohtani doubled but was stranded. Saurez gave up a run in his first inning, but Suzuki didn’t help. 1-0 Mariners after 1.

Hector Santiago shut down the his former team again in the 2nd. Saurez did better in his half of the second. Still 1-0 Mariners.

David Fletcher extended his hit streak with his second home run of the year. 24 game hit streak is now the 3rd longest in Angels history.

Walsh had a leadoff walk in the 4th and chased Santiago. Unfortunately, he was left stranded there. Saurez pitched a lot of pitches but got through the 4th without giving up a run. Still 1-1.

Taylor Ward led off the 5th with a HBP right in the back. Lagares walked, Mayfield sac bunted them over to put them at second and third for Fletch. He came truth through with a 2 RBI single! 3-1 Angels! Suarez was back out there for the 5th and he didn’t let the team down as he had himself an easy 1-2-3 inning.

Suzuki got a hit, but that was it in the top half of the 6th. Suarez was done after 5 innings despite being able to go more. Maddon pulled him in favor of Cishek. 5 innings, 1 unearned run, 4k, and just 1 walk fot Suarez.

Cishek pitched for the third straight game and while he had a baserunner, he did his job and got out of it without damage. 3-1 Angels after 6.

The Angels went right back to work with a Lagares double and a Fletcher single to start the 7th. It was against former Angel Middleton, who was pulled after that. 4-0 Angels and all 4 by Fletcher.

Watson had the bottom of the 7th. He had a scare, but ended up not giving up a run. Still 4-1 Angels after 7.

Despite getting the first two on to start the 8th, the Angels wasted that opportunity and didn’t get anything. Watson was back out there for the 8th. He got 2 outs but we pulled by A Maddon. D-Cell was in for a 4 out save. He allowed a hit, but got that 3rd out. Still 4-1 Angels.

Fletcher got his 4th hit of the game to lead off the 9th. Ohtani walked after that to put 2 on for Walsh. He hit a single to bring in Fletcher, 5-1 Angels and still no outs. A hard single by Churches loaded the bases. Gosselin hit a sac fly to make it 6-1 Angels. Then a wild pitch made it 7-1 Angels.

D-Cell now had a 6 run lead but it was still a save situation. He got a groundout for the first out. A groundout for the second out. Then he secured the save with a pop up. The Angels win and have a winning first half of the season!

The Angels End the first half of the season with a 45-44 record. The MLB draft is on right now, hopefully, they pick someone good at #9. After that is the All Star break with home run derby with Ohtani and the All Star Game with Ohtani and Walsh. Enjoy the Mid Summer Classic!

If you told me the halos would be a game over .500 and 5.5 back of a playoff spot at the break, I’d be upset but if you told me Trouty and Rendon have been hurt for most of it I’d be pumped for the second half.

Headlines from 1 hour ago say 24

Okay, thought he was at 23 yesterday before he got a hit but I guess that’s wrong.

Too many news today but definitely FLETCH CLUTCH DAY!!!

A Doyer friend sent me a rolled up newspaper UPS with New Fletcher Bat written on it…………..he hasn’t returned my recent texts.

so no walks, bruh needs to pump those numbers. lol

This was a very nice win today.

PoTG goes to opiejeanne, who was our Rally Opie at the game today wearing her Willits t-shirt!

I was afraid I’d jinx it. 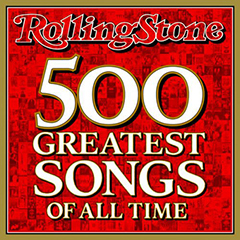 Yeah, but not midseason. Arte’s been using the Spider tack. Tacky, tacky, tacky.