The Angels won at home vs Cleveland this afternoon due in large part to a terrible, horrible, no good, very bad day from the Cleveland CF Rosario. Capitalizing on the errors and scoring with 2 outs, this Angels team looked like the team of 15 years ago more than the team of recent times.

Cleveland got to Canning early, scoring in the first thanks to a single a botched double play, and a double. 1-0 Cleveland. But then Cleveland gave it right back, with a fielding error giving the Angels 2 runs and Pujols driving in a third. 3-1 Angels

That first inning clearly bothered Bieber as he gave up more in the second, with hard hit singles by Suzuki, Ohtani, and Trout. 4-1 Angels. Cleveland got one back in the third with a triple and a sac fly, 4-2 Angels.

Back and forth they go, as Bieber was wild and the Angels score 3 after the bases were loaded thanks to 2 more errors by the Cleveland CF. That was before Shohei Ohtani hit yet another massive home run over the batters eye. 9-2 Angels.

More runs came the Angels way due to doubles by Rendon and Pujols, 10-2 Angels in the 4th. Cleveland, to their credit, did not fade away, as they scored 6 in the 5th, getting back into the game. 10-8 Angels.

Bottom of the 7th

Despite some scares on both sides, scoring would not happen again until the bottom of the 7th. Mulrine walked, Schebler flew out, Wong hit a single, and Bemboom reached on an error, loading the bases.

The Angels batted around, with Mulrine striking out for just the second out of the inning. Schebler, with a second chance, drove in another with a single down the line, but Luis Rengifo got thrown out at the plate, which ended the inning. 17-8 Angels.

Despite the chances, there was no more scoring by the Angels in the 8th and the Halos made it to the 9th with a 9 run lead. Kyle Keller made quick work of the batters he faced, pitching both the 8th and 9th innings to secure the win.

It was a rough first inning for Canning as he was hit hard. Fortunately, only one run was scored. His second inning was better, even though he did give up two hard hits, he also struck out the side.

The third was another inning of hard hits as he gave up a triple down the line that scored on a sac fly. It was a trend that continued all day. He could get outs but a majority of them were hard hit outs or strikeouts. Very lucky to have a defense behind him.

For this reason, it is wrong to evaluate pitchers on wins as Canning’s performance was good, but lucky in both the positioning of his fielders and the bad play of the Cleveland defense. He ended his day with 4 innings pitched, giving up 2 runs on 5 hits while striking out 5 and walking one.

A not so great outing by Chavez today, as he came in with an 8 run lead and got hit hard like Canning before him. 5 runs would score before an out was even recorded, including giving up a 3 run jimmy jack. He would be pulled after a double, not exactly making a case for a bullpen spot.

Rowen came in with a man on second and no outs. He allowed him to score by giving up a double. But that was it, as he got 3 outs and kept the lead, which shrunk all the way to 2.

Alex was given a 2 run lead and he allowed a hit to the first batter. However, he caught him stealing and kept his cool by not balking. Getting out of the inning with no runs allowed and a walk and a strikeout is good enough for now.

The second best Angels pitching prospect made everyone sweat as he let two on thanks to two singles. He did get out of it with no runs scored, striking out the last batter while walking off the mound. C-Rod has good stuff and looks to be a part of the rotation soon enough, if he can stay healthy.

Keller pitched the 8th inning after watching from the bullpen a long and fruitful bottom of the 7th. He made quick work with the Cleveland batters, getting a sweet 1-2-3 inning with 2 swinging strikeouts. It went much better than previous outings.

He was tasked to finish the game and get more work in as he only used 15 pitches in the 8th. Kyle got a 1-2-3 ninth inning and slammed the door on the woeful Cleveland team. This is an improvement and hopefully he pitches more like this in the future.

Fletcher got luckier today with a flair hit vs CY Young winning Bieber. Lined out in the second. His third time up in the third he got an RBI single that turned into more de to an error. He was pulled after 3 PA.

Fielder’s choice in the first, infield single in second. Then, he made Bieber miserable by hitting a monster shot over the Batters eye. Ohtani is on fire, 464 feet to dead center off of the reining CY Young winner. After hitting that bomb, he left the stadium, his day done.

Trout had a walk in the first and an RBI single in the second. He struck out in the third, going 1-2 on the day before leaving after 3 innings. His spring has not been particularly good, but at least his bad is not the worst thing ever. He left to go take batting practice most likely.

Hot Pocket has been on fire this spring, and when you are on fire, you get lucky. That happened today as the opposition pulled a Jo Adell and dropped an easily caught ball for a 2 run error. His second appearance saw him get a HBP right in the back. For his third plate appearance he struck out.

Pujols capitalizes on mistakes and with an extended inning thanks to Cleveland fielding woes, pulled an RBI single to score Upton in the first. He walked his next time up. For his third time up he hit a double, scoring the pinch runner from second before being pulled himself for a pinch runner.

Groundout in first, reached on error next time up. Flied out for his third AB. Caught an absolute liner though, that he had to jump to get, saving Canning from giving up yet another hard hit.

Single in the first. Popped up with the bases loaded in his next AB. Flied out in the 4th. With how quickly the Angels scored, he was pulled rather early. As the starting catcher this season, he has nothing to worry about besides getting injured.

Dexter started today, but as he still have not impressed he is here. He hit into a fielder’s choice in his first AB, next time up he hit a sac fly with the bases loaded. Fowler struck out in the 5th. Again, as the likely starting right fielder, I am disappoint.

Strikeout in his first chance up, got a single in the 7th. Scored in the wild inning. Had another single in the 8th. Not much else to say other than he is likely to be with another team come summer as this team is loaded with IF depth.

Popped up his first time up, and his second time up, but reaching on an error that time. Scored in that wild 7th and as a DH, not too impressive, but they want him to bat some as he is the 3rd string catcher.

Still my pick for starting right fielder, he got a hustle double in his first at bat and had a 2 RBI single with the bases loaded in the 7th. He came around to score in that crazy inning. His slash this spring? .476/.500/.571 Yes, he is on an absolute tear and can play a defense CF, he needs to be on the team.

Walked in first PA. Drove in Bemboom in the 7th with a single. Scored 2 runs and has a quietly nice spring so far. Won’t make the team, but keep an eye on him as h had a good 2019 minors season.

Popped up in his first AB and reached base on an error by the Cleveland ‘fielders’. He scored in that crazy 7th inning and it is one of his better days this spring, as overall, he is batting well below the Mathis line.

He walked in his first PA and again in the 7th, scoring a run. As a real utility player, he may make the team as the backup to everyone’s backups. Maddon seems to like him, so expect him at some point this season even if it isn’t opening week.

The likely backup infielder this season pulled a Pujols and GIDP in his first AB. He was HBP in the 7th and got thrown out trying to score. It was a close play, and with the Cleveland fielding, he had a great chance at scoring.

A catcher I never heard of before, he threw out a runner who tried to steal in the 6th. He walked in the 7th and also struck out in the 7th, it was a long inning.

Taking over right field for Fowler, he is the second most impressive RF candidate this spring, hitting the ball hard practically every game he had the chance to. He flew out in the 7th but made up for it in the 7thwith a second at bat, where he drove in a runner with a hit down the line.

Fowler, good career, nice guy, but he doesn’t look like a MLB player anymore. Angels have got to cut bait with this guy.

We have Keon Wong, not Kelton (or Kolton), right?

Not sure who other than its the Wrong Wong.

Thanks for the write ups. They are really helpful, giving a real feel for what happened.

Paste the link to the image, not the image page… 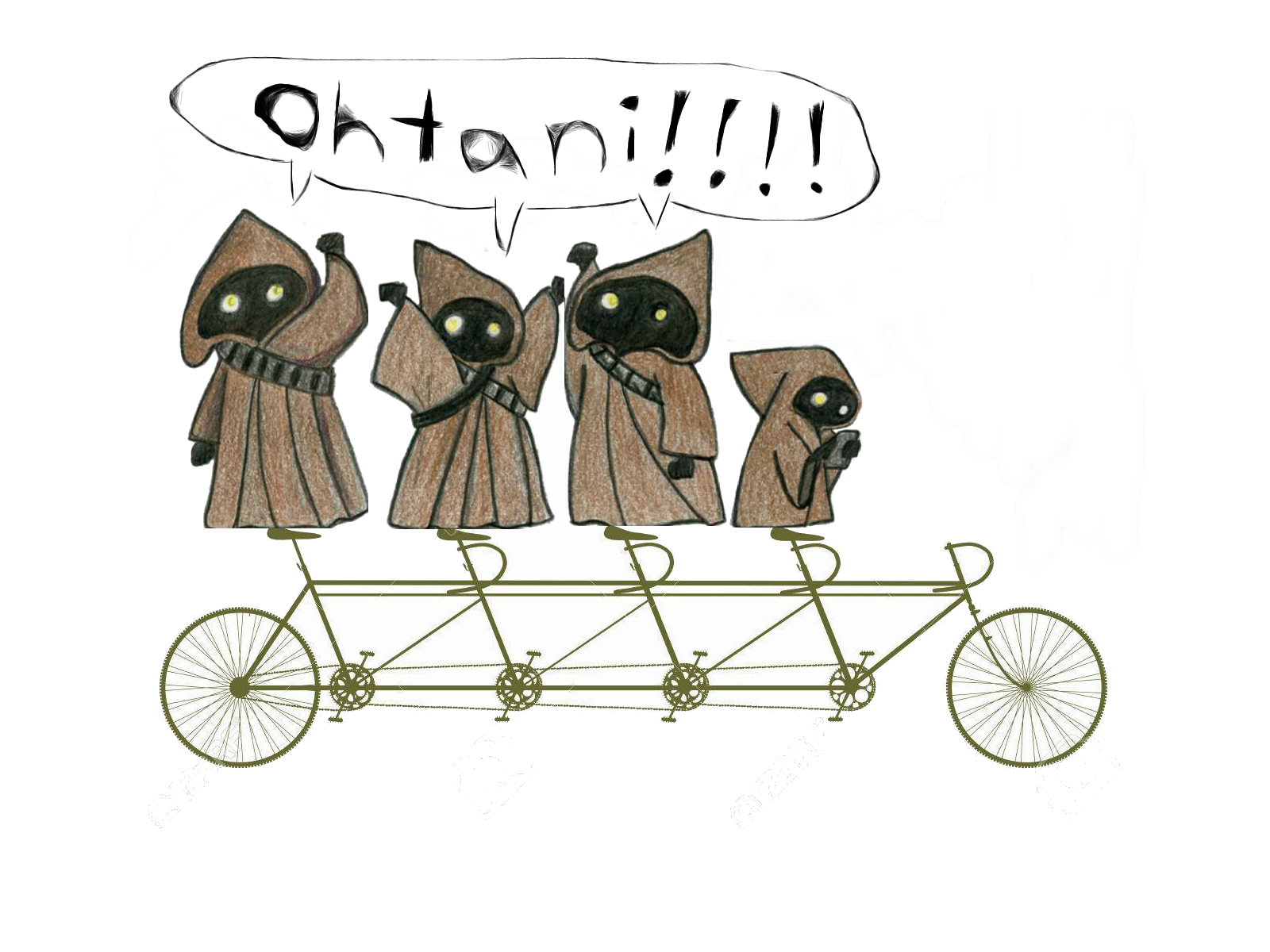 Thanks. I realize now that I posted the Ohtani Cycle image and not the regular Ohtani image. Oh well. Speing training for us all right?

Thank you for the write up. That’s a lot of work for you. Maybe focus on a couple of the best performances?

I do like the info a lot re who is fighting to make the team.

it was a brutal game for fans of defense

I enjoyed the recap for each guy. Nice job.

One of those games you just chalk up to “baseball, a game where anything can happen”

Thanks. I had a hard time keeping up at the end with how much scoring was going on.

Solid as always John, thank you