Welcome to my version of the “If I Were Perry Minasian” series. In order to rosterbate responsibly, we will use the following guidelines.

(Un)fortunately for all of us, Perry actually did something rather early as fast. Three things actually. I’m going to ignore TWO of those moves but not one of them. This is my piece on what I would do after all, so I don’t have to copy Perry.

My plan: Raise the floor of the bullpen and rotation while getting a couple good bats that can get on base at a decent clip and don’t strike out a lot. I think I was mostly successful but ran out of money to really raise the bullpen floor.

Welcome back Jean!! The plan here is for Segura to play 2B and put Fletcher or Rengifo at SS. Not ideal, but we are playing with limited options here and the Angels don’t have the money right now to get a good shortstop. Segura still gets on base (.336-.348 OBP over his last 3 seasons) and he doesn’t strike out a lot. The Angels need both of those things. He’s not an amazing fielder anymore but he can slot in at second base just fine and play shortstop if they are in a bind (certainly not on any regular basis).

Sure he’s getting older but some people can just flat out hit. He is one of those people. Last year he saw his lowest batting average since 2016 but it was still .288 with a .370 OBP. Brantley is also another guy that doesn’t strike out much. He’d play left field, moving Moniak/Adell to a 4th outfielder spot or into a battle with Ward for the 3rd starter role. Either Moniak or Adell could also spend some time down in AAA to make room for more bench depth.

We already know the deal here. This could be a steal and Anderson may be the #2 or #3 starter on the Angels – especially if he can repeat his 2022 performance.

If you are doing the math, that totals out to $37 million, leaving $1.4 million to spend. But wait – there’s more!

Yes the Angels are giving up a few top prospects but none of them are needed all that bad and Quantrill could give much needed rotation depth and serve as a #3 or #4 arm, pushing Suarez or Detmers down to #6. Quantrill is under control though the 2025 season so the prospects you are giving up gets your 3 years of Quantrill.

We are now 4.6 million over budget so we have one trade left.

Stassi was due to make $7 million in 2023, so that $5 million in savings after sending some cash frees up the payroll we need. Stassi can be a nice veteran backup to Adley Rutschman and the Orioles get a couple of young middle infield prospects along with him for taking on the bulk of Stassi’s salary. We are gonna role with O’Hoppe and Thaiss for catchers in 2023.

Other details: DFA Tucker Davidson. He’s out of options and we don’t need him in the bullpen. I had planned to pick up Adam Ottovino as well but there wasn’t enough payroll space so we’ll have to roll with the bullpen as is. Unknown if the rotation will be 5 or 6 man this year, but Detmers has options if 5 man is the route we go. Didn’t really fix the shortstop problem and catching may be an issue, but it’s the closest I could get to being a real competitor in 2023 and a bit part of that is stronger starters and a couple solid on base hitters.

Man, JDL either hates Stassi or loves O’Hoppe. I think I know which one it is! 😉

Had to find some extra money somewhere and Stassi was just there laying around.

Hi editors. I submitted my version as well for publication as you deem fit. Thank you!

I wonder what tooty-too’s would look like. Probably just a bunch of pictures with no explanation.

Watch. Because life’s a trip it’s gonna turn out to be genius.

Lots of good ideas all over the place.

Perry probably does what the rich old guy wants!!

Nice Jessica. My current effort uses what Perry has done so far and adds the following involving Quero.

to the Orioles for:

This shores up 1B and the outfield with two low cost studs. The move saves around $10 million.

That $10 million plus the other $4 million that is currently budgeted can be used on a closer and maybe another bullpen piece.

I’m not O’Happy with Tucker Davidson (Russ Springer and Jerry Nielsen 30 yrs later for Jim Abbott). We don’t know yet how good or not good Logan O’Hoppe will be.

How about Francis Gary Powers for Soviet Colonel Rudolf Abel 60 years ago? Was that a good trade?

Closers can turn into fool’s gold one year later.
Better to develop one or two homegrowns (Patrick Sandoval) or trade for one at the July Trade Deadline.

Better to continue to develop one of the best young starting pitchers in the game than waste someone in a closer role who is already lengthened into a starter and has a propensity for getting better as the game goes on.

Maybe its time to get over this new obsession Toots and start working on the next one? Maybe even one that makes sense for once?

Or do you want to trade half of our entire farm system for Joc Pederson? I don’t want to spoil the ending but I’m sure its in your upcoming IIWPM. 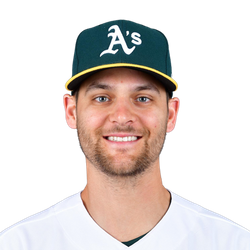 Is a FA at last check, I don’t have his agent’s personal speed dial # sorry CB26 and GGOMP. 2021 A’s salary was less than $1M so yeah I think even A*te could afford that. Decent fielder and hit 12hr’s for OAK in 2021. So Refroe in RF and Chad Pinder in LF (played LF after Mark Canha left for the Mets) means we can trade Fletcher, Walsh or Adell, plus Sam Bachman for Ahmed Rosario who becomes a FA after 2022.

Pinder is a decent idea.

Trading Bachman for a rental…it’s early for me. I think he’s a bullpen piece.

We can acquire Rosario for a hell of lot less than Bachman and that group . Toots is trading like the JeDi now . So sad

At least I can agree with Toots that Rosario is good. He’d be a fine mid-level extension guy for us. Solid, but helps us afford our bloatStars.

Agreed but not at that ridiculous price.

Hey Two fuss his Salary last year was $2.75 million so once again you’re wrong . He can’t an adequate SS or CF and can’t hit so hard pass .

Why do I care if you have his agent’s number on speed dial? All I want is for you to stop huffing in your moms basement.

The Brantey play I love for his bat, but that defense is going to be hard to watch. Although if they trade Ohtani at the deadline he makes for a fantastic DH moving forward.

Quero is a guy I just couldn’t trade. We have so few potential stars on the farm.

I love the lineup. Brantley does flat out hit. The bullpen and bench look weak but the bullpen can be reinforced as the Pandas move up.

Yah. It’s not just that he’s a good catching prospect. If O’Hoppe pans out we still have plenty of time to train up Quero at another position. He’s very athletic for a catcher so no big deal.

This is, of course, another example of the minor issues that come with having an “all time DH”.

Quero is another of the Angels player assets who has good trade value. With O’Hoppe in the fold, it doesn’t hurt so bad to trade Quero, especially for starting pitching.

I uploaded mine today and I’m using Quero to get someone for us. Stay tuned.