The Angels play 2 today, the first one at 1pm this early afternoon. As a day game after a night game, Maddon-omics dictate that the best players must take the first game off. Ohtani didn’t, of course, because he insists so much, but no Trout, or Ward, or Rendon in the sun today.

That’s not good for Jhonathan Diaz, who was called up to pitch the game, making it known to everyone that the Angels will refuse to allow any of their starting pitchers to pitch twice in a week. He went 4 and 2/3 innings, giving up no runs and 1 hit(that should have been caught), striking out 4 and walking 4.

The B Team offense still managed to score, somehow. Sure, the A’s aren’t good this year, but the pitchers are STILL MLB arms. They did get assists in the 8th by the A-Team, and like said team, came in clutch to seal the win.

The Angels struck first, getting a run in the first thanks to an Ohtani grounder that scored Marsh.

Diaz looked good right away, but part of that was due to his defense.

While Diaz didn’t make it to 5 innings, he kept the A’s off the board and turned it over to the bullpen to get 13 outs. The Angels offense, meanwhile, was also finding out difficult to get anything together, making it a tense pitching duel.

Things finally broke in the 7th, as the A’s had actual hits against Angels pitching, scoring a run and tying it up at 1.

Velazquez then hit in another run, kinda, as Trout submit clutched but made it home anyway.

The bullpen held the lead and gave it to D-Cell. With two outs in the 9th things got scary, as a double and a walk put two on.

Angels are now going to take a break and will be back out there for another game! Hopefully it goes better this time. 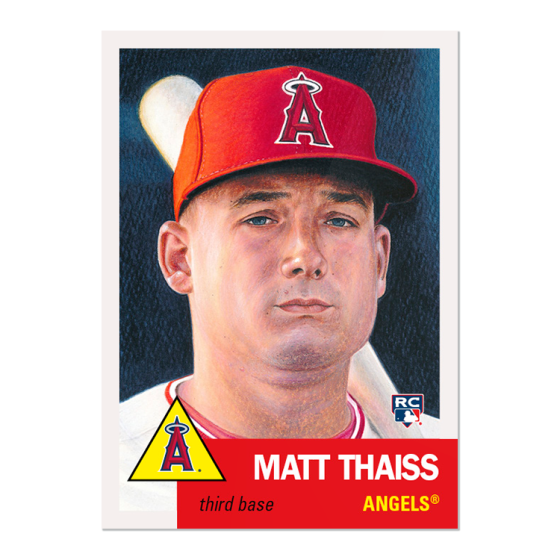 Where is he BTW? Wasn’t he supposed to be a catcher?
Hey, I was supposed to own a Aerospace Company and electric car company, but other stuff happened however!

Any reason why you didn’t post the same caption with a picture of Taylor Ward? You’re such a dipshit.

Tepera and Loup need to get some save opportunities as well

Not to worry, Loup got a blown save in the game too.

Houston currently losing 9-3 to the Nationals.

It’s bound to happen. Even great teams are going to lose a few..

That loss is all on Iglesias

Hey Cuda get something right for once?. God this is so easy its embarrassing. The Angels rank 6th out the entire MLB ( thats 30 teams Bub) in the LEAST amount of runners left on base through today. that means that 24 other teams on average this year leave more runners on base. Here’s the list:

Look how bad the “great” teams like the Doyers Actors & Skanks are in LOBsters compared to us.

Oh this is so much fun. I cant wait to see what you’re going to be wrong about tomorrow.

Duffy reinstated and Wantz back up.

Mayfield sent down and Whitefield DFA’d

Poor Whitefield could not get a hit but made a nice play in CF. My guess is that he will just go back down to the minors and will be back.

You could say he will go back down under.

That’s it. Why watch any more games? The Angels are obviously trash. Fire everyone but Trout and Ohtani. Make them come live at my house and be my friends.

Shoot, Gramps wanted to throw some shade on Trout because he didn’t man up and start.

I will throw shade on Gramps AND Trout AND Ward and Pete Alonso and all of their Grandpas because I am a real baseball person who takes every game super serious AND I know guys in the buildings and ground department and can get a good deal on patio umbrellas! YARRRR!

I had such a good image too.

How many runners will the Angels leave stranded on base that they wish would have been runs??? Angels have been notorious for doing that and it’s already been 11 RISP after the first game of the series..

Angels are a good team. Truly great teams don’t have that same problem…

Is there any number of players left on base that one wouldn’t wish would be runs?

Based on this criteria – name any ‘truly great team’ of any era. Just one.

The fact that Joe has the nerve to comtinue to trot out a B team after these last 7 years of suckage is the only thing that baffles. Losses like this to terrible teams happen to everyone.

The ‘B team’ wasn’t the problem. Every team ends up with a blown save ending in a loss somewhere in 162 games – today was ours.

Don’t fall for it people

Let’s have one of those 12 run games tonight please! That’d be nice!

To clarify, I would like us to be the ones scoring 12 runs.

How many runners will the Angels leave stranded on base that they wish would have been runs??? Angels have been notorious for doing that and it’s already been 11 RISP after the first game of the series..

At least Iglesias won’t be pitching

Took a look at AthleticsNation and they said, “Angels Fans are loyal. There’s no meltdown on HalosHeaven.”

Seattle, Detroit, Minnesota and Washington. The teams Houston has beat during their streak. TEAMS THEY’RE SUPPOSED TO BEAT!!

The same teams the Angels couldn’t sweep. Which would be nice if the Angels hope to dethrone Houston in the AL West………..

I’m granting them a Mulligan.

NASTY loss. Hope they lose game 2 for being pendejos

You are an absolute disgrace of a fan. Unreal.

Much better way to lose compared to the Jose Molina to Frankie Rodriguez walk-off botched return throw in 2005.

I’ll never forget that. Probably single most ignoble moment in franchise history. Or at least that I can think of.