On a cool Anaheim evening on the heels of a 11-run shellacking the night prior, the Angels didn’t waste a single minute. Brandon Marsh? Leadoff single. Mike Trout? A single to follow. Within six pitches, former two-time Cy Young winner Corey Kluber had runners on first and second and no outs, and his night didn’t get much better from there. Many many barrels galore later, the Angels put up 8 runs on the scoreboard within the first three innings. The bottom of the order even joined in for some fun!

By the end of it, six of the Angels nine batters had multiple hits in what I can only describe as a freaking video game and one h-e-double hockey sticks of a vivid hallucination. Mike Trout obliterated two home runs beyond the Milky Way galaxy, and Anthony Rendon pitched in with a left-handed (yes you read that right) golf club homer off position-player Brett Phillips in the ninth inning. I’m not exactly sure what I watched, but I sure enjoyed it. I mean…WTF!?!!

Despite all the insanity and hilarity, command lefty Reid Detmers quickly became the story of this game. Detmers worked quickly and used the Rays’ aggressiveness against them, seemingly taking less than 10 pitches per inning through the 5th. Detmers was PERFECT through those 5, not afraid to throw his very solid changeup to keep hitters at bay.

There were some hiccups – in the top of the 6th, Detmers gave up a 7-pitch walk to Taylor Walls. A few batters later, Kevin Kiermaier almost got hit, but the ball hit the knob of his bat for a foul ball. In the top of the 7th, Jared Walsh committed an error (and nothing else 😉 ) on a hard-hit Brett Phillips grounder that easily could have been ruled a single – the scoring gods blessed the Angels with that one, as the crowd erupted when E went from 0 to 1.

But all of a sudden, when the possible begins to feel impossible, the impossible becomes possible. Detmers simply kept calm and kept recording outs. Ground ball, fly ball, it didn’t matter.

And all of a sudden, it’s the bottom of the ninth after some hitting theatrics in the top-half.

Out #25. To Chad Wallach. Popout behind the plate.

Out #26. Kevin Kiermaier, a soft tapper to second base. Luis Rengifo makes a beautiful play to get him by a half-step.

Out #27. A routine groundout to shortstop. Andrew Velazquez makes the throw.

Man, is this team fun to watch or what?

I had a split second moment of terror when he double clutch on that last throw for the last out.

Me too. But I don’t think the batter was running at top speed.

Wasn’t optimistic about a Kluber/Detmers matchup, but how wrong could I be.
Congrats Reid!!!

Honestly, same. My battery commander is from SoCal and him/his family are also big Angels fans so we talk pretty much daily about how the game went (home games start at 10-1038ish AM local, ending just after 1PM/lunch time). When talking about this game at the end of the work day he was straight up “Gotta be honest, when I saw it was Detmers I was thinking this was the game we’d lose” and I 100% thought the same this morning. Glad Detmers proved us wrong on that one.

I’m in the same time zone as you and had to fake a clients’ urgent call in order to extend lunchtime lol.

It must have been the red jerseys that had something to do with the historic night. Angels have not worn them all season until this game. Heard it was Detmers’ choice which was the right call..

Wow! One for the ages!!
No words.
Should have sent a poet.

Just arrived in Tokyo, Japan on a layover. Blown away by the Detmers No-No and the offensive surge.

It’s great reading the comments here. Makes me feel I’m back in CA closer to the action.

So I finally went through with it.
I’ve been lurking in this community for a very long time. I’ve read pretty much every article and every comment to every article for years. I remember way back when I saw Mia join and I thought “Hey, they are a pretty welcoming community to new people, and seem pretty cool, I should join.”
And then the day Otani choose the Angels, I was freaking out at work and could barely concentrate, and I thought “That does it, on this momentous day, I’m going to join tonight when I get home!”
And then the night when Trout signed the huge contract, I was so relieved, and I thought “Surely today, I want to join the party, and after I’m done washing the dishes I’m going downstairs to join the community!”
So after tonight’s excitement I decided enough was enough!

What a fantastic game. Much like the rest of you I’m definitely enjoying this season way more than recent seasons, for obvious reasons.

Glad you were finally not Too GA to join in the fun!

Welcome! We are glad you decided to join!
Are you talking about the girl who danced?

I don’t think he’s talking about Angela. There was a second dancing robot.

Ahh, and I could not think of her name.

Speaking of Angela, why has she been banned from the site?

It was the old site and I forget why.

Yes, it was a robot dancing at the beach with a band. I just remember it because the sense of GIF humor in the community stood out and this one seemed to be used when we won or something like that…

Enjoy and have fun. You obviously already know the cast of characters.

And down on the Mr. Salty Lake, the unrepentant Jo Adell hit another Home Run along with 4 walks ( which is 3 more than he’s had all season in the show). Now if we would just pull his head out of ass and practice that defense…..

Well, my knees kind of hurt from working on stuff today, but I (and all of you) will go to bed happy tonight. This has been an incredible week for this team. This is what they are capable of. They could be capable of more, if a couple of things break right. This just might be the best Halo team I have ever seen, including 2002. Happy Trails to all of you.

I would say it this way, they could be capable of more if things (like legs and ligaments) DONT break.

Talent wise, this may be the best Halo team ever, at least as far as the possible upside is concerned. I remain worried about (the lack of) depth and staying power (as in off the IL), though.

Yes – very high ceiling on this team. As is always the case, with a 162 game season, avoiding injuries is really so important. With all the talent, Joe should be able to rest players and hopefully keep them healthy as much as possible. Hopefully freak injuries can be avoided. .I always try to stay on the planet with baseball expectations and therefore my focus is (1) does the team play hard every night, (2) does the team have good chemistry and (3) is the team fun to watch? It’s 3-3 this season. Ultimate results are difficult to predict in this game of inches. I guess we will just have to go along for the ride.

Well, in at least one sense it definitely IS the best : we have never had the best two players in the world on our team at the same time!

That’s the key to this team as to why it is fun. Trout and Ohtani are the two best players, are must see players. I think the only discussion is about which one of them is the best this year.

This team is special. What a game. Ohtani tomorrow??? Does it ever end

Detmers did something Ohtani hasn’t done. (YET)

The only way he can top it is a perfect game, which is just a freak thing, even if you’re great. I’d be happy with a measly 11 Ks through 7 in a win…with a homer and 2 doubles. And a stolen base. Quite do-able for Sho.

Last Angels rookie to pitch a no-hitter was Bo Belinsky, 60 years and 5 days ago. Hope Detmers takes better care of himself than Belinsky did. Belinsky: too many women (I contend that there is such a thing), and partying.

What a night. No hitter and a kings win. 🤘

Is it possible that the left handed HR was the most incredible moment of the night? I’ve seen about 8 no-no’s (on TV) but I’ve never seen a sudden switch hitter let alone an HR.

I know right!?!
I thought he was just being a team player and trying to end the inning so Detmers didn’t have to wait so long.
I think he surprised himself with the homer too.
I also wonder if TB did that on purpose so Detmers would have to sit…

The Angels have the third best run differential, +47, behind the Dodgers and the Yankees.

Mr. President, we can not afford to have a run differential gap! 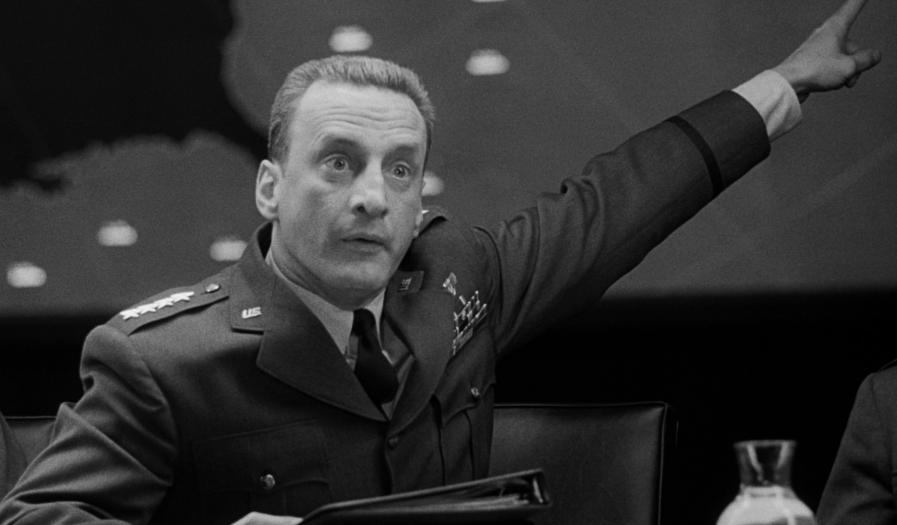 I logged back in just to read this post game again and extend the afterglow a bit.

Don’t think I’ve ever done that before.

This is just that kind of incredible.

Outside of a very awkward post game interview, that was freaking amazing. I definitely extended my lunch break to catch the last inning and a half. Just an unreal game…

None of us would do much better at 22. I’m not even sure i’d be able to speak lol

He sort of sounded how Mike Trout sounded 10 years ago.

He sounded like he was in an altered state of consciousness. Any one of us would feel the same way after what he did, 40,000 fans staying to hear us say, “I blacked out.” “Thanks for comin’ out.” Adrenaline, endorphins, dopamine flooding the nervous system.

“I don’t know what to do with my hands…”

I meant with her. He was also kinda awkward but her being like “thank the crowd” I felt was weird.

She saw that he was stuck and I think she was trying to help him, but it was weird in a sense.

“Anthony Rendon pitched in with a left-handed (yes you read that right) golf club homer off position-player Brett Phillips in the ninth inning. I’m not exactly sure what I watched, but I sure enjoyed it. I mean…WTF!?!!”

Mia’s Johnson’s right! They only show up after losses for some strange reason…

Is that a Mickey Hatcher sighting?

Yep. 2002 World series, not sure which game it is. Also a Spezio and Jose Molina sighting.

Yeah, Cowboy is right; the Glaus double in Game 6.

I think that was Troy Glaus’ double in Game 6

That was my thought too. Fulmer would have been on deck and Spezio in the hole when Glaus batted so it would make sense that Spezio would be holding a bat in the video.