Before the lockout, Carlos Correa was seeking from $330 to $350 Million. With Scott Boras as his agent, that can only get worse.

The Angels get an “A” for their 2009 draft. I guess they have their moments.

Joe Torres is now the Assistant Pitching Coach for the Guardians. Meanwhile, the Padres named Shane Robinson as the bench coach in their double A organization and the Rockies named Jordan Pacheco as their triple A hitting coach.

Bobby Grich is not the only former Angel getting write ups suggesting his Cooperstown eligibility. Bobby Abreu gets a mention in this article.

The Players Union is supposedly about to present a proposal to MLB. I gather they were miffed that MLBs core economic proposals didn’t include ones MLBPA wanted to talk about. Here’s the big chance. Talk or risk losing what’s most dear to you. You can’t expect the owners to offer what the players want. Pick a starting position and haggle.

This is one of the most rudimentary coloring pages I have ever seen. Isn’t home plate already supposed to be white? 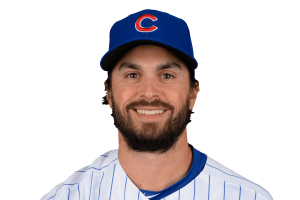 So how come you didn’t post a plate of Meatloaf Tootsie?

Jay Jaffe at Fangraphs has been doing his one-and-done series for this year’s HOF ballot and today he had Papelbon. He had a nice game detail from one of his games in particular:

…..his better campaign was in ’09, when he posted a 1.85 ERA and 3.5 WAR, but that season came crashing to a halt in part because of his own dud. Having begun his postseason career with a record 26 consecutive scoreless innings (surpassing Joe Niekro‘s 20), he entered Game 3 of the Division Series against the Angels in relief of Billy Wagner with two outs and two on in the eighth inning; the Red Sox led 5-2 and needed a win to avoid a sweep. On his first pitch, he allowed a two-run single to Juan Rivera to trim the lead to 5–4. After escaping that jam and getting an additional run to pad his margin for error, he got two outs in the ninth inning, then allowed three hits and two walks (one intentional), with Vladimir Guerrero Sr.’s two-run single giving the Angels the lead. When the Red Sox didn’t score in their half of the ninth, they went home for the winter.

That was such a great moment. In my lifetime, second only to the 2002 run. I loved beating bahstun and having ultimate jerk Papelbon on the hill for the loss was icing.

I’m pretty sure I saw a link on this site a little bit ago showing showing Bobby Abreu’s career was actually better than Ichiro Suzuki’s. Considering Ichiro is likely to be inducted into the Hall of Fame in 2025, Abreu should already be in it.

I linked that last week and here it is again.. It is an interesting debate between the two.

Yep, that’s the one.

I definitely agree the MLBPA needs to take the lead in asking for what they want. I see the natural progression of negotiations like this:

1. Default rules – Any MLB team can hire any player.

2. Realizing the above will result in higher salaries, the MLB owners get together and agree to utilize a common pool of applicants with a draft system to limit competition. In recognition that a competitive sports league might not exist absent the owners’ collusion, Congress allows them to do so.

3. Recognizing the players need to counteract the above collusion with their own, the players unionize, informing the MLB collective that they will not work under the collusive thumb of the owners unless the owners make certain concessions to the players, including …

According to The Athletic Nelson Rada is the #14 international prospect and Randy De Jesus is 38, so hopefully we did better than in the recent past. There’s an interview of Rada behind the paywall.

If Grich gets voted in, I have little doubt he goes in as an Angel. He has a very close connection with the Org.

If Abreu gets voted in, I have little doubt he doesn’t go in as an Angel.

Exactly why I’m rooting for Grich and don’t give a crap about Abreu.

I think Chupa goes in as a Philly.

I think you’re supposed to color in the red dirt surrounding the plate.

Great read and blast from the past on Trouty’s draft class. Angels and Nat’s came out pretty good in that draft.

Good morning and howdy hi to ya’ll, hope you can collectively as a group write about what a mistake the Players and Owners are making with not talking and being real with the sport. After all how much Curling can you watch in the Olympics prior to being bored stiff? I believe huge gamble being made on both sides of the negotiating table that seems to be used only briefly to snap open briefcases and then to close them right back up. Remember that everyday a lot of important people in MLB read what we talk about here. Let’s move the needle and make them warm the chairs, as Vinny used to say, “Pull up a chair”.

I agree. It seems to me, obviously I have zero insider information, that both sides are a bit tone deaf. I don’t think MLB is in a great position to weather another strike shortened season, should it it come to that. Previously they’ve counted on the fans just coming back, but baseball is sadly not the popular sport in once was. Anecdotally, I personally know far fewer MLB fans than I do NFL and even NBA fans, and MLS is on a serious rise in my area (just outside of Austin TX).

Same in SoCal, Soccer is coming on strong and NFL could not be stronger with the Rams in the playoffs and the Chargers just missing while having a great QB. the NBA is stronger than anywhere else in the country. Heck even Curling is rising faster than MLB with new rinks opening and like Bowling filled with league play. New found sources of entertainment in the Summertime in Southern California are not hard to find. With less kids playing baseball the sport thinks it needs to change rules instead of reaching out to the youth and communities. MLB under current direction of a commissioner with previous negotiation experience is certainly headed in the right direction such as shutting down minor league baseball in 40 towns.

I got a push broom. I should try to get in on that action. I could tell everyone I am an athlete.

Can I use my Dyson?

True story, check it out. 3 or 4 in Orange Co. Very popular.

Okay, now I’m going to have to schedule a recon mission and see what this is all about.