Should auld acquaintance be forgot just like the lyrics to this song by most revelers. The 2021 MLB season ended a couple months ago but come midnight we can all officially put 2021 behind us.

2021 was a pretty incredible year in baseball, primarily due to Shohei Ohtani.

Those aren’t the only things that were Strange but True.

The 2020 Tokyo Olympics were played in 2021. Former Angels skipper Mike Scioscia took a ragtag group of college guys and former MLB’ers and struck for a silver medal. For his efforts, he was honored as USA Baseball Coach of the Year.

Congrats Mike. Baseball is better when he’s in it. I sincerely hope he’s back with the Angels in a community relations capacity soon.

Meanwhile our biggest off season prize thus far attended the Ducks game on Wednesday where they had a little fun with his nickname.

And while baseball has turned into a business, let’s not forget it is a game. One we fell in love with as kids on the playground, one the players still love once the business aspect is put away. Not much reminds me of that more than this picture of Vladdy pitching to Juan Soto at a game in the DR last week.

Look at Vladdy smiling ear to ear. The kids in awe of their idols. That picture shows so much of why I love this game.

Looking around at some of the other best things from 2021, FanGraphs did a nice job of showing what goes on in draft rooms. Our draft coverage and discussion here this year were the best I’ve ever seen.

It is kind of funny that by now the sticky stuff has faded into memory. But sticky stuff enforcement is one of 5 key takeaways from 2021, per SI.

I’m really hoping Gerrit Cole’s second half swoon is due to a lack of sticky stuff and that the Yanks stepped in front of a $330 million bullet for the Angels. His answer to whether he used it was cringe worthy.

As always, 2021 saw some greats of the game pass away. RIP Hank Aaron, Tommy Lasorda, and a host of others. Thanks for your impact on the game, and in Aaron’s case the nation.

I sincerely wish all of you health and happiness in 2022. Please link things I’ve missed and if you feel like it, state your goals for 2022.

My first goal is to enjoy a game of catch with my dad and my son. Ideally this happens at Spring Training but that’s icing. Buying my son his first glove for Christmas was an epic Dad moment. The thought of sharing a catch with my son made me realize I need to do the same with my dad. 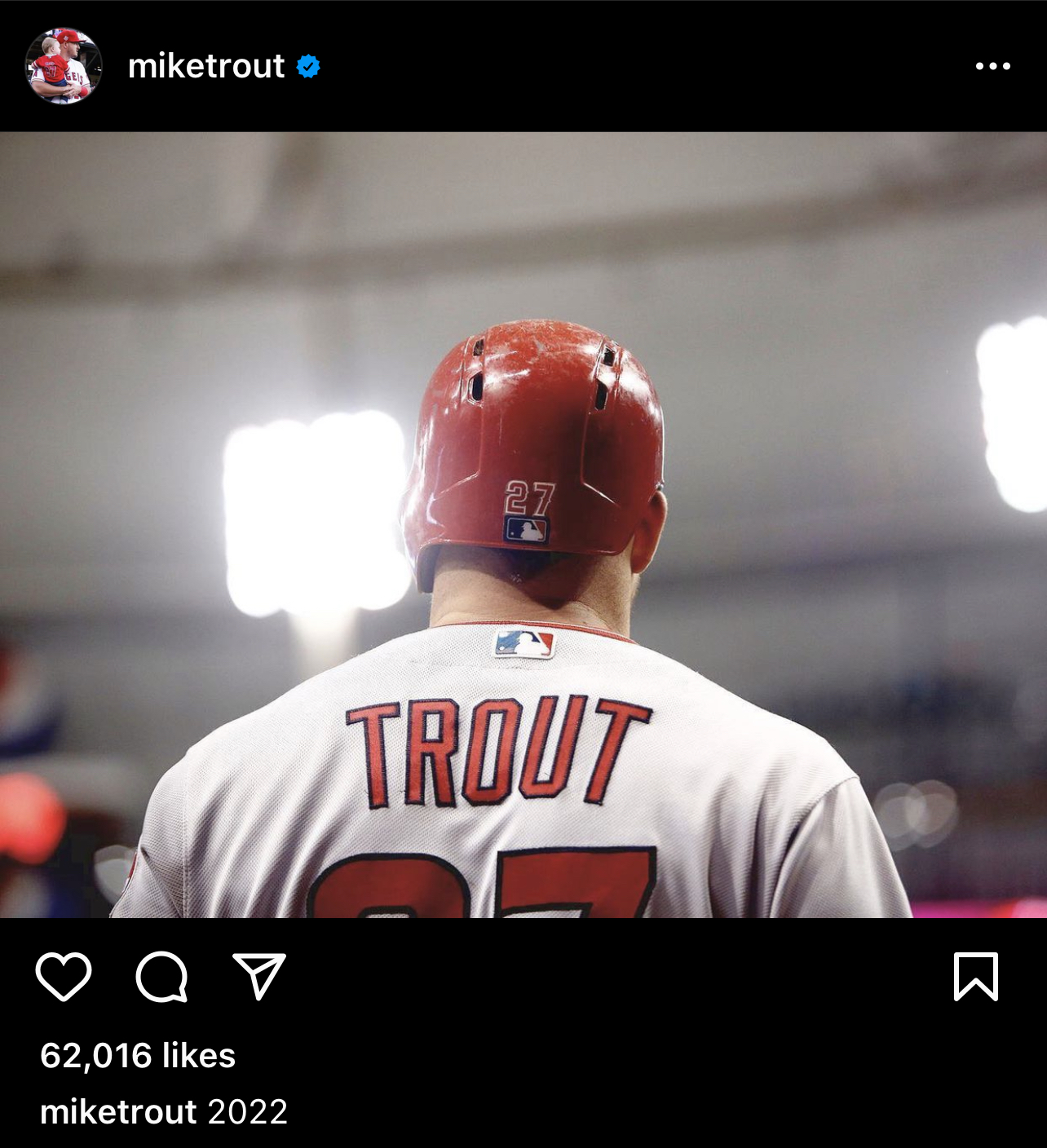 43 days until pitchers and catchers report!

(Unless the owners hate fun)

Yes, but that’s not as funny.

Jeff, I hope you get to achieve your goal early and often!

Thanks. So far catch with my son is in the books. Need Dad.

In a year of many losses, I still think about the loss of our Josh. So sad and we all miss you.

Happy New Year to all who love to visit this sight, every day is a good day if you can wake up and move around unimpeded but doing it on both January 1st and on your Birthday are very special indeed.

R.I.P. Betty and say hi to Allen from all of us as I am sure you will. Whit a wonderful and brilliant lady that will be missed by so many.

Her and the hubby can now play password all day long if they want.

Jeff, the first mitt is awesome. But it actually gets topped by the first Little League game. I have to go with my son on Sunday to buy new cleats as next weekend is Little League try outs. He will be in the Majors, and is looking forward to seeing his friends.

You will never have as much fun in your life, do not miss being a Coach or Manager, and be the best Dad of all time. To your son you will be. Oh, how I miss those days.

I wound up being a completely unintended coach for Miss UCSD. The team didn’t win a single game — I blamed the coach.

I think I have my first glove in that trunk over there…near the window. How old am I? It’s an Al Rosen model.

My first glove was a Pee Wee Reese, but it was a hand-me-down.

That’s cool. I bought my son the Mike Trout.

And on a non-baseball note. 2021 decided to give us one last fuck you (December), and took Betty White from us.

I never actually thought she would go…

What a loss, but also what life lived.

Standing O for her for sure. What an amazing woman and an incredible life. Drop the mic!

I never contemplated a world without Betty White and Doris Day.

Feel the same about the Queen. And she’ll likely go pretty soon, too

My wife was devastated. She is a huge Betty White fan and has t shirts, coffee cups, a candle, pillow, etc.

I am personally having trouble finding joy in baseball right now and don’t want to force it. But Vlad’s smile did help a bit.

I’ve always tried to be an optimist as much as possible – with a healthy dose of reality. These times have shaken the foundation of my optimism. And it is in that vein that I say that I think the owners and players are being unbelievably selfish not getting these issues solved without an extended lockout. In fact, under the circumstances, I think the fight between millionaires and billionaires is petty and ignores how much we, as a society, need the welcome distraction of a baseball season.

The fans are tired and worn out from a 2 year pandemic and constant uncertainty. Is that really the right time to test the frayed nerves of the folks that support the game? The certainty and predictability of Spring Training and a baseball season was always something that brought joy and comfort to most of us. Now, in arguably the least certain times of most of our lives, the reassurance of a renewed baseball season is also, well, uncertain. Under the circumstances, I think it is unbelievably self-centered of the owners and players to put baseball at risk.