I hope this holiday season finds you safe and loved. A belated Happy Hanukah, an early Merry Christmas, and a blessed Festivus for the Rest of Us!

Whatever you celebrate, enjoy.

The MLB lockout is firmly in place, but that’s not stopping other sports from taking place. Mike Trout sent an inspirational video message to the winter sports teams at his alma mater.

It will be interesting to see whether Trout or Ohtani gets the loudest cheers at the Big A next year. Nationally, Ohtani is the most popular player in MLB.

I’m officially older than every MLB player (although I’d bet money no worse than the same age as Pujols) but I now have a manager who is just a year older. Mark Kotsay, a spry 46, takes over in Oakland.

One item of business that somehow flew under the radar prior to the lockout was the Dodgers avoiding arbitration with Cody Bellinger to the tune of one year at $17 million.

The fallout of MLB slashing, err reorganizing minor league baseball is still being felt. Four former minor league franchises are suing MLB in an attempt to overturn the antitrust exemption.

If you don’t have a subscription to The Athletic, check out the CBS article on the subject.

The lockout apparently isn’t stopping the investigation into Trevor Bauer. Yet nothing is really happening, either. Considering the DA in LA, expect the unexpected here. Whatever that is.

That’s not stopping Trevor for taking credit for Max Scherzer’s new deal, though. This guy is too big of a tool for even the Dodgers. That said, I still bet they’re stuck paying for him next year while he sits at home.

Enough of that lump of coal, let’s get back to the good holiday vibes.

Continuing to look at players recently elected to the Hall of Fame, we come to Tony Oliva.

The “greatest ambassador” for baseball and the Twins finally got the call while surrounded by family and friends.

Like Minnie Minoso, Tony Oliva was an early Cuban player in the Major Leagues and headed to the what is now the AL Central. Oliva played his entire 15 year career with the Twins. Oliva led the league in hits five times, won batting titles in each of his first two seasons and was named AL Rookie of the Year in 1964.

Sporting a .304 career batting average while playing in an era that prioritized batting average and contact means in the eyes of many, Oliva finally got a call that was long deserved.

Following his playing career, Oliva moved into a coaching role with the Twins and was there for the World Series titles of 1987 and 1991. Between his playing and coaching days he wore a Twins uniform in all three World Series the franchise has reached.

In a career full of highlights, here are his top 10.

Oh god, no ! Nooooooooooooooo!!!!! This team needs pitching, not a huge contract short stop. His defense will not help when the ball is leaving the yard.

The Rangers got their big middle infielders, Arte may feel pressure to match it.

But who knows what this means, she could just be an Angels fan and wore it to annoy a family member, i’m sure we’ve all done that before.

I’ve been known to wear Angels gear to my uncles birthday party in the past cuz he’s a Dodger fan.

Whatever. I just want another fucking championship at all costs at this point.

Merry Christmas 🎄 to all of us misfit toys who populate this site. Winter may be cold and long with no baseball likely in Spring, but we all have a place to come and connect and I am thankful for that!

I hope everyone has a great Christmas!

Hopefully we find a new CBA under the tree in the morning!

Christmas? We celebrate Festivus at CTPG…..The “Airing of Grievances” is our favorite trAdition.

We’ll need a “Festivus Miracle” for a new CBA to get done. Otherwise the “Feats of Strength” from Trouty and Sho will become a Festivus nightmare.

Well at least there’s something for the rest of us.

I suspect that 2002 is just waiting for the Airing of Grievances… Oh… he hasn’t waited.

This is why it’s not fair to judge players solely by what we value today.

I have no problem judging players based upon the era that they played. But under any analysis , Tony Oliva had 8 stellar seasons and 7 below average seasons.

Is that really HOF worthy? I still believe longevity should play a factor in these decisions and, whatever the reason, 8 seasons IMHO is not enough to justify enshrinement to baseballs highest mountaintop.

what about a player with 12 excellent seasons (or maybe 11…) and 9 mediocre to terrible seasons? (or maybe 10)

Looking at Albert Pujols, for example, maybe 12 is enough. Or 11. By OPS+ Albert’s last 5 years are very poor, ranging from 79 to 92. Oliva, on the other hand, never dipped below 103 until his final season.

but yeah, 8 seasons, then his knees gave out.

Tony Oliva on the other hand 8 terrific seasons with an average OPS of 140+ while producing 177 HR’s & 1,455 Hits Grandpa only had one season ( his first Angel season) in the those 12 seasons at thatOPS+ level.

As a kid, I loved Tony Oliva ( Maybe because I had his Slurpee cup?) But looking at his numbers now, even adjusting for his playing era, his career did not deserve a HOF nod.

So, take out those two years, and your argument is 5 below average seasons? That would have to include 1972 (30 PA over 10 games), in which he had season-ending surgery. Does that count as a ‘below average’ year? I guess – if you squint.

So, after that there are 4 years where, hampered by injury, he DHs for the Twins, still hitting above average in terms of OPS+ (as noted below) (109, 109, 103) for three of those years, before a final age 37 season where he was primarily a PH off the bench.

OPS+ takes a player’s on-base plus slugging percentage and normalizes the number across the entire league. It accounts for external factors like ballparks. It then adjusts so a score of 100 is league average, and 150 is 50 percent better than the league average.

An interesting comp is Rod Carew. Both ROY in Minnesota, and during their first 8 years Oliva was better overall. But Carew just kept going, including his MVP season. Ultimately his career WAR was roughly double Oliva’s, ~80 to ~40.

Merry Christmas, everyone…….Weather report from SoCal’s North Pole, Big Bear Lake. Over 24 straight hours of rain and for the most part was a snow killer. 21/2 hours of lite snow and 1/2 hr of nuttin’. Hey, a White Christmas may stay in the forecast just yet. Ski resorts open tomorrow. The Village to be packed solid with lots of folks today…… Good news for today, as of right now no shoveling. Is snow Shoveling a sport in some places?

What do you call Santa’s most impolite Reindeer?……RUDE-OLPH……

How much does it cost to to park Santa’s sleigh? …..Nothing, it’s on the house.

How much does it cost to fly Santa’s sleigh?….. About eight Bucks, Nine on a foggy night.

OK I’m through or is it thru or is it threw? I’m done and again Merry Christmas and Happy Holiday’s to all, stay safe and sound. GPB out.

PS Santa spotted over the Pacific Ocean doing loops with the Boyz and Rudolph leading the way. 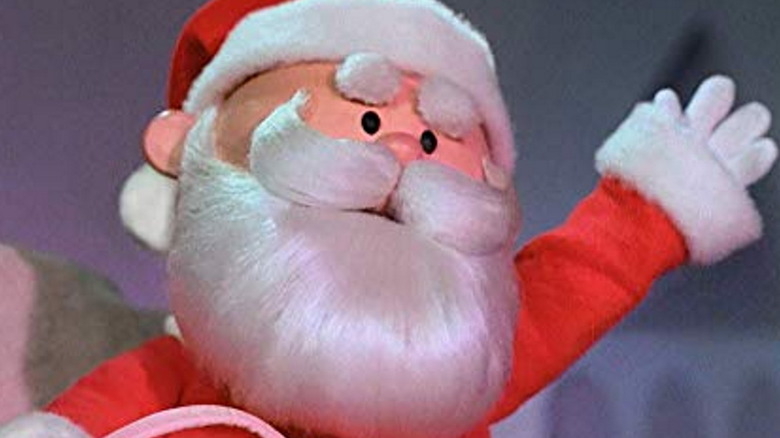 Undrafted walk on. He didn’t cost a thing. No international money needed. No signing bonus. Comes in 1st in MVP voting every year.

Dumb Arte/Perry missed out on another one! Wish we had a competent FO. Time to Dumpster Drive again this year. TrAdition!

And a beard to rival both Ol’ Shooey and Marsh.