In the midst of a season slipping off the rails, the Angels can usually find solace in a competitive semi-annual affair with their crosstown boys in blue. Saturday’s mound matchup featured pocket aces in Dylan Bundy and Clayton Kershaw: if the squads were to have a duel, this would be as good as it gets.

The game started as expected through the first three, but it soon became clear the Dodgers would be in the driver’s seat. The blue man group plated eight runs in the 4th inning and five runs in the 5th, pouring it on with a bevy of well-placed singles, walks, an Angels error, and a bases-clearing double. Dylan Bundy was pulled in the 4th having given up four runs on six hits, and voluntary fireman (sarcasm) Steve Cishek couldn’t strand the inherited runners. Cishek and Felix Peña combined to give up another seven (!!) runs and record five outs, just for good measure. Nothing really interesting happened, except that Mookie Betts took a baseball glove to the beans on a 3rd base tag from Jose Rojas in the 4th. I hope he already had kids, because that one looked like it hurt!

Soon, the score became so absurd that Taylor Ward decided to bunt with the Angels down 13-0. Joe Maddon got ejected. It was wild!

All hope appeared to be lost (and was at this point that the present writer turned his TV set to a certain Disney movie based in the Great Barrier Reef), but the Angels just kept on swimming.

The fans still in attendance sure got their money’s worth, because Angels hitters scratched, gnawed, and chipped away at the Dodgers’ bullpen and scored 11 runs in the 6th and 7th inning combined. Of note, Jon Jay, Juan Lagares, and Phil Gosselin all reached base multiple times. The icing on the cake was Jose Rojas’ first career home run, which went 433 feet to the right-center bleachers and scored three. After a rocky start, Rojas is finding his groove and is now sporting a 88 wRC+ despite starting the year hitless through 17 at-bats.

The Angels couldn’t finish what they started but showed some serious fight as the game progressed. Frankly, it’s hard to believe this game was even competitive (you’ll have to see the box score to really believe it) and despite losing, the Angels have positive takeaways to walk away with. Losing to the Dodgers won’t ever suck, though.

See you tomorrow afternoon. Until then.

This is an f-bomb thread. Go nuts, folks (could definitely let out some frustration after this stinker of a loss).

You know what they say about a guy with small hands: 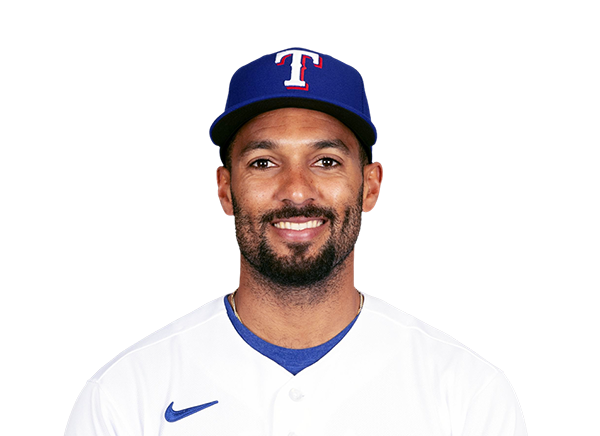 And his defense this year at shortstop?

Looks like Mike is having a Boo-Hoo moment with Big Al getting cut.

It’s a job and a business Mike.

Why doesn’t Mike have one of those moments when this team fails to get pitching in the offseason. Seems like that would make a bigger statement to this organization then crying over Pujols.

Nobody knows that more than a caring and educated Angel’s fan since 2011
2011 a bad year, Arte secured a guaranteed FSW big money cable TV deal.

The Angels are not going to be trading Trout anytime soon. For one thing the CBA is about to expire and no team is going to take on that contract. Another thing is that the team isn’t going to be paying Trout to play for another team. Yes Trout will be 30 years old but he could play for at least another ten years. Salmon was 34 by the time the team actually made the playoffs.

Yes and that was ( BA……Before Arte )
The thing about Arte, is that he makes the fans suffer through bad player personnel moves or front office hires ( Josh Hamilton, Justin Upton and Billy Eppler ) and won’t fricking cut his damm losses sooner.﻿ 😣 ﻿﻿ 😥 ﻿﻿ 💩 ﻿

I’ll be that guy and pin some of the blame on the ump. That was the most erratic strike calling I’ve seen this year so far.

Fuck whoever thought Cishek could actually pirch. If we had an actual pullpen, we could have won this fucking game.

Not only can he not pirch he can’t pitch either.

This series was going to be an unstoppable force of suck meeting an immovable object of fail from the get go. No way either of these tailspinning teams were gonna sweep. At least we’ve gotten some entertainment out of it so far and have a chance to embarrass Bauer and take a series for once tomorrow.

You really think we have a chance in the Bauer vs Quintana matchup??

I doubt it. Plus, with last night’s failed comeback we used up our allotment of runs for the next week!

Like the local neighborhood seedy bar tough guy who thought he could kick Mike Tyson’s ass in a street brawl.﻿ 😆 ﻿

Only game I’ve missed so far.

They were removed when it was like 13-0 Dodgers. Not an injury issue, a wtf issue.

Thank you…I figured as much.

Just need to add an obligatory f bomb. Fuck both of these teams!

Fuck moral victories. When the game mattered the team didn’t do shit. When the pressure is off and the other team’s ace is on the bench, the Angels score just enough runs to make the scoreboard look respectable. This game didn’t show that the Angels had heart, it confirmed the overall lack of bravery, intensity and competitive fire that has infested the organization top to bottom. If this game doesn’t doesn’t sum up the last 17 years of Angels baseball, I don’t know what will.

Yes, we’ll win some games….but it’ll be just enough to make it look like the team tried.

Hit the nail on the head.

People talk about the great comeback, and I suppose it is a good thing that they did not rollover and give up.

However, what you say is true. It is much easier to score runs when you are down 13-0 then say when you’re tied 3-3 or down 3-1 like Wednesday night.

The reason is simple; the team in the lead will have mop-up middle relievers and scrub pitchers in the game (notice how when Treinen came in late the offense was shut down immediately) AND on top of that they’ll be throwing mostly fastballs down the middle to avoid walking batters. This is why partial comebacks are pretty easy.

What would have been impressive is if we finished the job and won by scoring off their set-up guy and closer, which we did not do.

was at the game tonight, that was something… got a lot of flak from my dodgers friends who were with me but man were they scared after the Angels almost pulled the improbable. All I know is let’s beat Bauer tomorrow, plain and simple!

And even though we lost, I’m fucking glad I was fucking wrong in my prediction. Though until the 7th it looked like I would be fucking right.

Fuck the Doyers and fuck our pitching.

As frustrating as it was to watch our pitching continue to be a a planet sized ball of suck, I appreciated the grit of some of the hungry guys on the team to not mail it in and play all nine innings. Pujols meanwhile probably fell asleep at 7pm PT since I’m sure he’s back on st Luis time already.

Fuck you Dodgers . Your franchise fan base is a bunch of felonious dregs that have no clue whats happening on a baseball field. Your players are a bunch of entitled whiny bitches. I hope you choke again to this years MLB flash in the pan and probably would have last year if it wasn’t for this fucked up pandemic.

I didn’t fucking watch any of it after Bundy got pulled.

And my blood pressure fucking thanks me.

I told my Doyer fan co-worker 30-7 final score after this weekend in favor of the Doyers. We’re at 16-20 right now. Not too shabby.

We hate losing to the Dodgers. 🙁