Just as people started to think about sleep, Perry shocks us with a trade announcement. Angels get RHP Aaron Slegers for a PTBNL or cash. To make room for him, Dillon Peters has been DFA-ed.

Thus, he is pre arbitration as of now, and such the Angels can pay him the minimum. For such an inexperienced player he did pitch in the playoffs in 2020, shutting out Houston in 3 and 2/3 innings.

What do you think? Good trade? Too inexperienced? Voice your thoughts in the comments below.

Rays had him abandon his fastball last year in favor of his sinker/slider mix. The results were fantastic. Let’s see if he can continue his success. 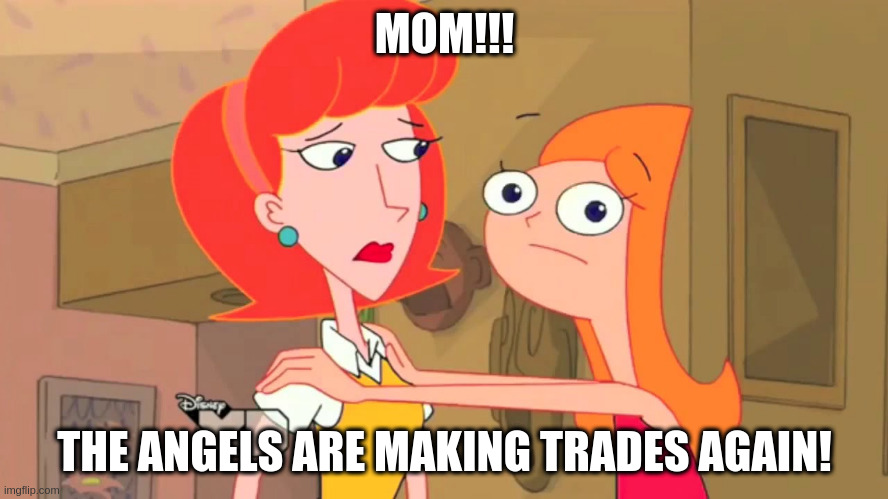 Kind of a fun trade, he’s an interesting profile (kinda reminds me of Chris Young when he was with the Padres). If can continue to limit walks, generate a ton of weak contact to go along with the Halos’ infield defense, pitch multiple innings, to go along with the deadened baseball, he could be solid. Similar role to Pena, but in lower leverage situations.

Also continue to shut down the Astros

After been cut by 3-MLB teams in 2019, I’m not counting on this one. Being 6-10 is not really an advantage darting off the mound to pick up dribblers. Now…unless he could throw gas??? To me, regretfully he will take up one of the remaining slots in the pen which we were hoping to go to a more accomplished reliever and have Perry spend some cash.

I too hope this is a surprise pick up. Truth is Peters may get a chance better than he was going to see here, with another team maybe in Japan or Korea.

Talk about changing angles. Put him in after/before Suarez.

That would be really obtuse.

Does he have 3 point range?

I like this better than the Robel, Fowler and Cobb moves.

Do we have any idea who was traded from the Angels? Tough to evaluate the trade without knowing that.

He walks the line with the best of them, and is not afraid to get in the middle of a burning ring of fire.

The Rays are already managing enough Cash. Why do they need more?

and as an added bonus he faced the Asstros twice in the playoffs last year and shut them down both times.

Obviously a small sample, but that is nonetheless a good sign. Apparently this guy can handle pressure. If you can excel in the high stress environment of playoff baseball you’re probably not going to be thrown by coming into regular season late inning high leverage spots.

Of course I am not certain what the game context was for his 3 and one third scoreless. That was a tight series so am guessing it was not mop up duty etc..

Maybe we can get a 2014 Shoemaker season out of him.

Am I crazy for seeing comparisons? Late twenties, small appearances in the bigs, just needs a shot.

Or he turns into Randy Johnson!

That kind of thing doesn’t happen with this franchise
Mostly because of our inept scouting and player development throughout our beleaguered history.﻿ 😥 ﻿

I’m seeing that Tampa needed to make a move to fit Chris Archer on the 40 man squad.

I like this actually. As pointed out, he has options which gives us flexibility and he’s pitched well recently. I prefer that over so-called bounce back candidates.

Yeah young, cheap, tons of control from one of the best run organizations out there. I feel good about this.

His splits indicate that he is actually pretty good one time around the line up (an OPS less than .600) but then starts getting torched during round 2. So I’m think more like a multi inning reliever

We could use one (or more) of those. We have a few 5 inning starters already.

I really think this is the plan. Go more Tampa Bay. At this point, Barria, Slegers, Pena, Guerra, Sandoval are all capable of going multiple innings and all but Barria have an option.

That should allow the team to rotate through these guys throughout the year.

I agree. That said, I would still love another SP (Walker?) and closer type (Rosenthal).

If I read it right, we are at last year’s salary, but Arte said we would go closer to the cap. If that is right, there might be room for one more move.

Arte has never gotten much closer than $10 million from the luxury tax. We currently sit about $17 million from it.

That’s probably one key bullpen piece. We should be a pretty premium landing place for starters on minor league deals. We offer the clearest path to MLB time on a decent team and can offer a little more in salary if they do make it.

If we squeezed the lemon a little more and added my hero Brett Anderson for say 5M and Malancon for 3M I’d be pretty happy with what we have. It’s not steak, but it’s a solid grilled cheese sandwich.

Obviously at that point we’d have some roster decisions or trades to make.

Is Parker Bridwell still out there?﻿ 😆 ﻿

A commenter on MLBTR says he has an option left. Peters does not. If that’s the case this move makes sense strictly from a flexibility standpoint.

I realize it will occasionally blow up in your face but in general I’m fine with pitching to some contact. If we’re going to have Rendon/Iglesias/Fletcher let’s take advantage of those gloves.

But isn’t the prescription for that fever more Mullet?

I had to edit. Thank you autocorrect.

Fits Perry’s game plan of keeping the ball on the ground. Needed more depth and Dillon Peters sucks so I like the move!

No more Diddlin’. Somebody smarter than I am will have to come up with a silly nickname for Slegers.

As for what it means on the field, I’ve got no idea.

Is Stretch to obvious?

I don’t know but the team finally picked up a center.

Weird profile. 6’10” righty with an 89-91 mph fastball. Got hit around quite a bit in the upper minors – doesn’t miss many bats.

Yeah, he seems to live in the lower corners and the extreme downward plane helps him avoid hard contact perhaps. May have been at the mercy of his defense in the minors.

Small MLB sample size, but I am feeling optimistic.

Dude must look 8ft tall and 45 feet away on a mound.

So we got Weaver back ha ha.

Kinda the inverse, since Weaver was a flyball guy with a knack for the infield fly, but both tall, no doubt.

Slegers is interesting. Big extension, unusual release point. Hitters struggle to barrel him. Will be intriguing to watch a guy that big in action.

I don’t think we want either of them pushed into action this year. If they are absolutely dealing and force their way onto the roster, yes.

Yeah. If things aren’t going terrible hopefully we have a couple “fun” starts late in the year where CRod or Detmers get a big league start or two while a guy rests because of scheduling/double headers etc. But I really don’t want to NEED those two this year.

Oh yeah, and he is the tallest player in MLB.

All we need is Ludovicus Jacobus Maria “Loek” van Mil on the roster and the basketball team is set.