Mike Trout records a 60 second spot for Opening Day at Home.  Mike Trout also demonstrates social distancing.  Mike Trout finds himself as cooped up as anybody else in this time of recommended home self-confinement.

Which Angels are “must extend” candidates and which are “maybe extend” candidates?  Here is a comprehensive list of Billy Eppler’s trade history; the good the bad, and the ugly.  The Angels have optioned Luke Bard, Ryan Buchter, Michael Hermosillo, and Jared Walsh to Salt Lake City.

News From Around Baseball

Former Angel Dan Haren donated many bobbleheads from his vast collection to be auctioned for charity.  The auction is going on right now.  OK.  Rob Manfred is done investigating the Red Sox but has been too busy to prepare a report.  He’ll do that before the beginning of the season.  The times they are a’ changin’ for the amateur draft.  I guess Curtis Granderson is not available.  Willie Calhoun, who took a fastball to the face, has been cleared for baseball activities.  He is expected to be ready to play on opening day, whenever that is.  Finally, the Astros have exercised a peremptory challenge against Judge Malcolm H. Mackey in the case of Mike Bolsinger v. Houston Astros.  They are saying that they cannot get a fair trial under this judge.  Each side has one such challenge which is also known as an affidavit of prejudice. Be safe. Have a good weekend.

There has been a deal struck between the players and the owners. The owners will pay the players $170 million to be distributed among them if there is no season. Furthermore, the players will get service time in the case the season is canceled. (Tommy La Stella, Andrelton Simmons, Julio Teheran, and Jason Castro could become free agents without playing for the Angels again — or ever, for the latter two.) In return, the draft has been shortened to five rounds. Five freaking rounds!

Man, I wish I could cheer you all up.

Jim Edmonds has pneumonia and is awaiting the results of his COVID-19 test. I wish he and his family all the best.
https://www.mlb.com/news/jim-edmonds-sick-awaiting-test-results

Lock down is harder than l thought it would be. Can’t stand one more day of POTUS, Governor, or LA Mayor on the news another day, l miss Baseball a lot and watching old games on tape are running low on the list of much watch. l now find that l don’t even enjoy telling birds to get off my lawn. Gosh l am getting cranky, must be a sign of no baseball virus.

Driving by Angel Stadium is really weird, the parking lot is full from the west side all the way to State College Blvd, yet the gates are shut and the team store is closed. The cars are rental cars being stored as the agencies don’t have enough space to park them. Apparently that industry is taking a beating.

Same over here. Rentals parked all over the place, anywhere they can find space for them. Kona sounds like a mess.

It is staggering when you see the amount of parked rental cars, and this is from someone who was a car valet at Disneyland Hotel in the past, where we had a 95%+ ratio of rental cars to private cars. The tourism industry is completely shut down along with restaurants and other industries that need that tourism. I’m trying to book an Alaska fishing trip this summer and am having trouble finding a flight as everything is kind of on hold. I’m good if I can get to Anchorage.

I still have to go to work, and because of the shelter in place, the traffic is not there anymore. When I see all of the parked rentals, all I can think of is that the traffic would be so much less, and parking would be so much more, without them. I feel they should raise the taxes on them in the future, to ensure better conditions for everyone.

Picture of our traffic in holding, here on Oahu 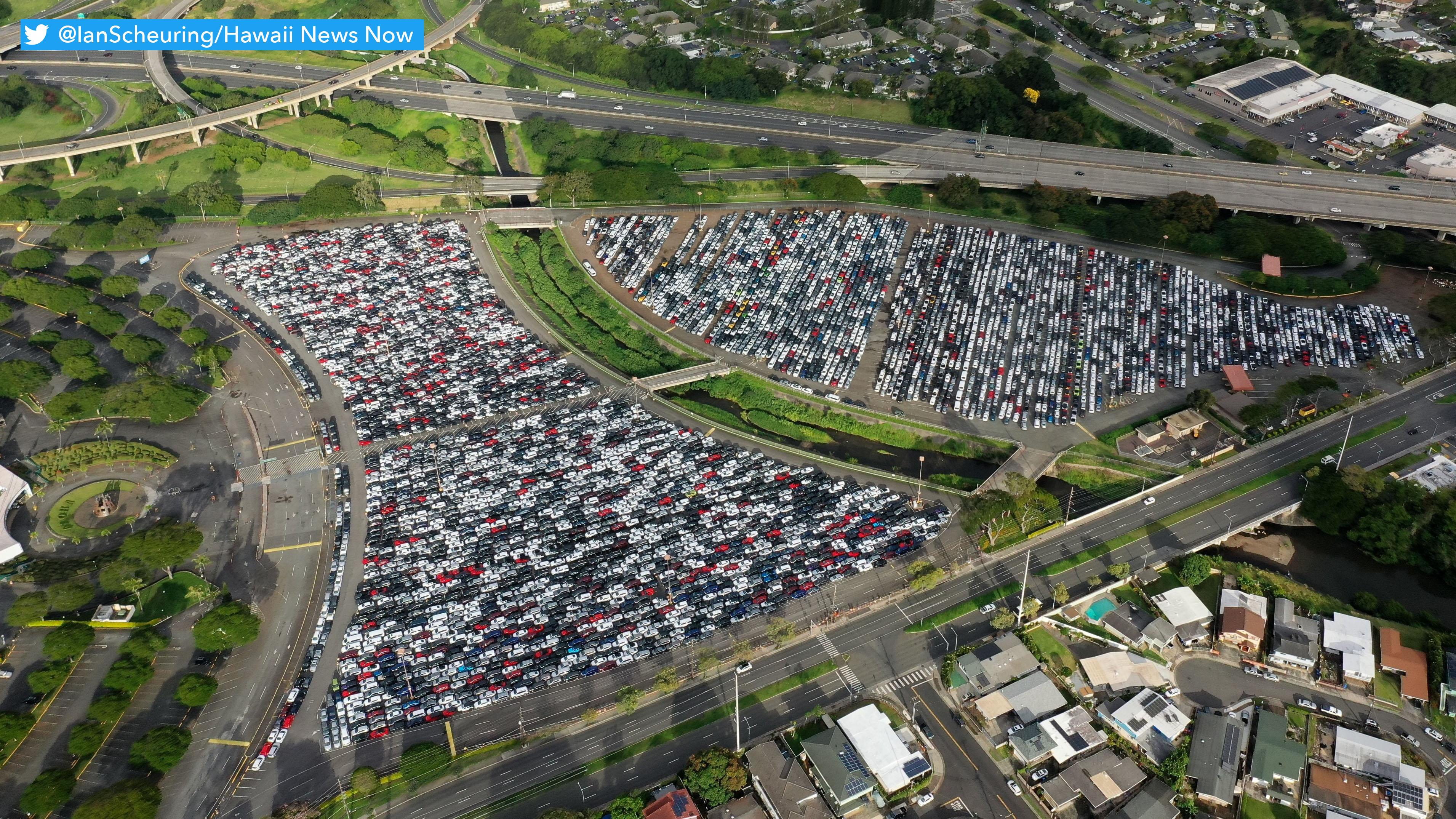 There is talk that MLB may expand team rosters and play more doubleheaders on the “season” starts.
https://www.msn.com/en-us/sports/mlb/report-mlb-to-expand-rosters-once-season-starts/ar-BB11NERu?li=BBnb7Kz

That means since he’s not working, he’s available.

Amazing really, so players on one year deals may not even have to play for a team and get to go to the highest bidder. It’s the only way to play it. 5 rounds of draft will really rely on good scouting, something we are kinda short of. This virus is the most disrupting event that l have ever seen and as for Baseball Seasons this is worse than the ’81-82 strike or the ’94-95 strike seasons. Stay safe friends.

Yes, I believe any non-drafted players are capped at 20K

The draft is only going to be 5 rounds? Well, I guess The Angels are not going to be getting any pitching, just toolsy / best available athlete bats………….. again.

No baseball. But there is a funny new documentary on the Mariners terrible existence.