Rhett Bollinger characterizes the Angels trade deadline flurry as trading for prospects and flexibility. MLB.com was surprised to see Raisel Iglesias get traded. Jesse Chavez is the most traded baseball player in MLB history. He’s been traded twice just this year. Jose Rojas is back with the big club while David MacKinnon was designated for assignment.

Long time Dodgers announcer Vin Scully passed away at the age of 94. Here is the farewell post from CtPG. 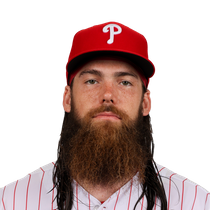 Just a backup now in Philly (not playing ahead of Castellanos, Harper, or Schwarber) so that means Joc Pederson wasn’t such a bad option after all except THAT A CERTAIN SOMEONE DOESN’T SEEM TO LIKE HIM……..ESPECIALLY SINCE HE HAS TWO WORLD SERIES RINGS SINCE the trade was vetoed!!!!
﻿ 😆 ﻿﻿ 😆 ﻿﻿ 💪 ﻿﻿ 😠 ﻿﻿ 💩 ﻿

Our little buttercups did it again.

They are a bunch of butter schmucks

“It’s like a 2nd leadoff spot in the batting order”

are we in the middle of our annual “mike trout is done for the season but let’s keep up the illusion he can come back any day!”

Did you all see Moreno’s comment, about not trading Ohtani because both Trout and Rendon were out with injury?

I’m not even sure how to make sense of that.

Exactly. I was just thinking that he should just keep his trap shut and be totally opaque.

Arte is going through a late mid-life crisis.

He is questioning everything, including life itself.

Maybe he should take ayahuasca with Aaron Rodgers :

Maybe we should and finally do something productive with our life other than this obsession.

Have scientists figured out why ayahuasca only seems to “change life” and “expand mind” for people who are either already super rich or are having a big chunk of their life paid for with someone else’s money?

I am from Santa Barbara, so I have been around the leading edge of the wealthy hippie movement since it was born. Ayahuasca has been a topic in my life for more than a decade. I still have yet to meet the guy who’s just an analyst at Ratheon who’s life has been totally changed by this stuff.

We need somebody healthy we can market to sell tickets !! 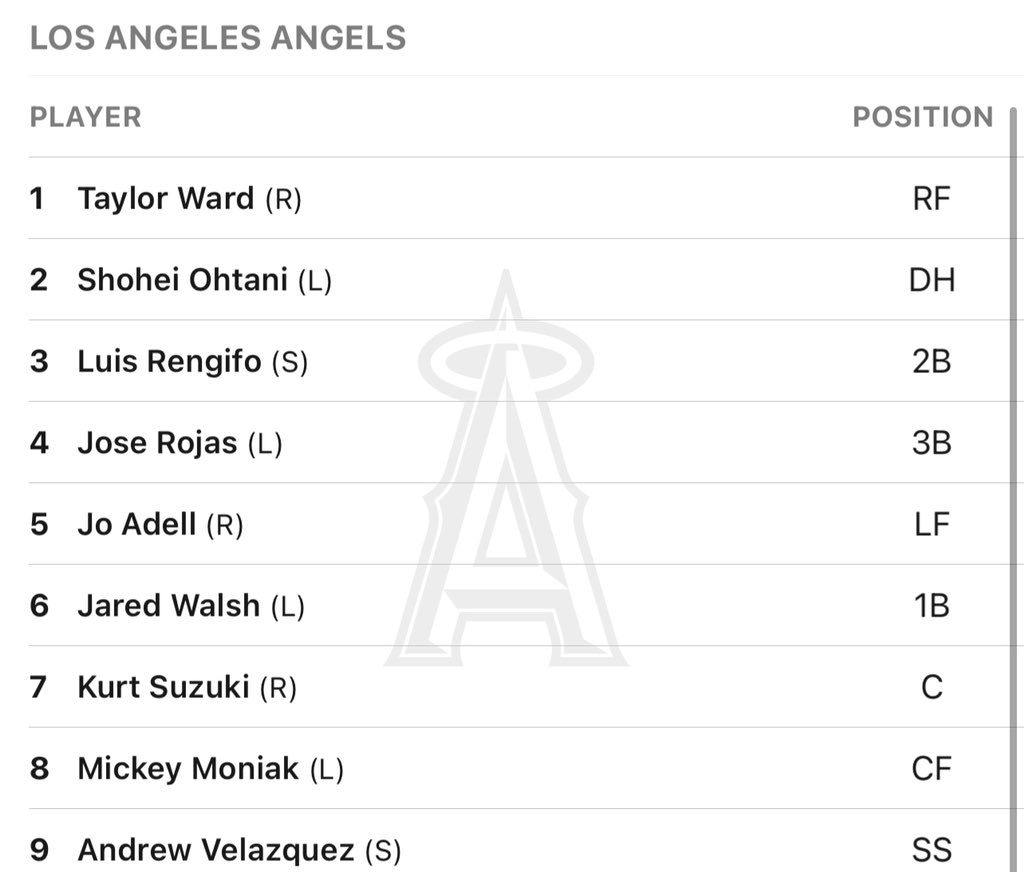 jus’ can’ get enough of Maniac.

https://www.youtube.com/watch?v=6GCNUeTFSbA
He’s a maniac, maniac I know, and he strikes out just like every time before.

This is pretty much what the team will look like after we trade Trout/Rendon/Ohtani/Walsh. Just replace Walsh with McKinnon, Rendon with Wilmer Flores, leave Moniak in for Trout and replace Ohtani with Adam Duvall.

I was thinking the San Antonio Churches, but that works too.

If you find a bike down there, let me know.

i see the lineup of Trout/Rendon/Ohtani/Walsh when Judge and Turner are added to it. $400 Million Baseball Team – do it!

the SP is Junk too

Remember when our total failure to even sign Didi Gregorius was clear evidence that Arte doesn’t care enough about winning?

DiDi is complete DooDoo now. Perfect time to acquire him. (since we’re taking all the other Phillies’ castoffs nowadays). https://www.mlbtraderumors.com/2022/08/phillies-release-didi-gregorius.html

Today GMB and I were out preparing for 6 straight days of Monsoonal weather, and it was tough work. (You know “One foot out of the end zone” humor), so as I was shoveling the mud, it occurred to me that I’m still angry with PTP for trading Marsh when our OF sucks. Just how stupid can you get trading your best fielding healthy OF’er? I’ll get over it this winter, but why did we trade Thor so cheap? There must have been inquires that were better than an OF’er that can’t hit. I think PTP got put in the trick bag big time.

I loathe Intern Minasian as much as the next guy, but here’s the rationale. He’s 10th ranked among all prospects traded according to this guy.
10. Logan O’Hoppe, C, Angels
Age: 22
2022 levels: Double-A
2022 minors: .275 BA (262 AB), 15 HR, .889 OPS, 41 BB, 52 K
O’Hoppe was acquired from the Phillies for Brandon Marsh in a rare need-for-need trade. The Angels were lacking a franchise catcher, and the Phillies already had one in J.T. Realmuto. O’Hoppe has put himself in that conversation with a breakout season at Double-A in which he’s demonstrated patience (.392 on-base percentage) and power (.221 ISO). Catcher prospects sometimes leave their offensive game behind in the minors, which is why caution is warranted. O’Hoppe could be poised to take over next summer, though.

O’Hoppefully he impresses so much in Spring Training that he could make the opening day roster.

According to MLB pipeline he was 5th. The Eno Sarris Athletic did an analysis of the trade. He had this to say about O’Hoppe:

“O’Hoppe was a well-regarded offensive-minded catcher who combines power with patience and contact in a way that’s rare in the minor leagues……Let’s say the reason they could get him is because there are questions about O’Hoppe’s defense. It looks increasingly likely that automated balls and strikes are coming to the big leagues, as they complete their advance through the minor league levels. Maybe the Angels were sneaky smart to make this move now.”

How many times a day is a broken clock wrong?

What’s the market for OF like this offseason? We probably need players to fill in for all 3 spots who are at least 3.5th OF quality (ie either good bench or marginal starter), with Trout’s uncertain status and Adell’s question marks, now that Marsh has been dealt. Only Ward is available and I still think he’s no better than 3.5th OF–so we need at least two more. The FA market for potential CF, especially, seems pretty limited, but perhaps there are other options?

Sounds like they are going to have to over pay for some Free Agents that are going to decline at this point. At least some fans will be happy since their team will be on the headlines in the offseason on free agent signings.

I’d just sign Chad Pinder, or Jake Marisnik and roll out with Trout/Adell/Ward as our starters. Maybe Alex Dickerson or Jackie Bradley Jr as well. Spend money on Ohtani (if that’s the plan?) a SS and MOAR PIDJING!

And don’t forget, we have Barf Moniak for AAAA depth too.

our plan: Aaron Judge and a couple AAAA dudes

Another overpriced masher who is a major injury risk. TrAdition?

Ohtani had a “mild cramp” in his forearm last night, and that’s why a pinch hitter was used for him late in the game.

Should have traded him when we had the chance!!!

The day after the Angels don’t trade the Berb Root erv Generation his arm assplodes. This isn’t bad luck. Arte should have seen this coming. Perry is a child with a poo diaper.

Can we trade this team with Rocket City for the rest of the year? Would be waaaaaaay more fun watching them lose every game than this pile of 💩.

Well the TP’s are 5-13 since July 10th so it would appear the disease of losing has now taken hold in Rocket City as well.

Yeah, but they are weighed down by their team’s stupid name.

How would you like to be forced to personify a “two seconds of funny” meme that jumped the shark a couple years before the hive mind picked it out for you to wear every day? It’s gonna slow a guy down.

Actually, this is a good example, if we interwebers ever catch ourselves thinking that “these sports FO guys are so much dumber than us fans…” just remember that us fans name teams like the Toronto Raptors and Trash Pandas.

At least they aren’t the Sod Poodles.

Iron Pigs has a little bit of a Black Sabbath vibe, but that one was taken.

Ung. Yeah, they are worse. MiLB is friggin awesome, but possibly the worst aspect of it…. other than Arte openly killing and eating the players because evil…. is the “let the fans name the team, tee hee hee.” trend. Let’s take an MiLB team with a storied history like the New Orleans Pelicans and turn them into the Baby Cakes…. complete with a mascot that is so horrifying it burns women’s eggs inside them.

Remember, Disney could have renamed the team as “The Little Mermaids”

As I recall, that was actually the joke when the Ducks first started playing… that they were lucky they weren’t formed 4 years earlier or they’d have been the Little Mermaids.