Tonight’s game started out with Noah Syndergaard facing opener, Jeffrey Springs. There was an uneventful first inning in which nobody scored. There were lots of strikeouts. In the second inning a couple of Rays got on base and executed a successful double steal to have men on second and third with not outs. It looked like they might be planning to run wild on Noah Syndergaard. Thor got the next three guys out without allowing a run, though. The Angels came up in the bottom of the second and also did nothing.

Syndergaard did get through the third inning without giving up a run, although it was touch and go because of a Wander Franco double. The bottom third of the Angels lineup came up and went three up, three down.

In the fourth inning Noah Syndergaard continued getting guys out by using a lot of pitches until Randy Arozarena came up for his second time and hit a solo homer to right center field. Mike Trout and Shohei Ohtani both singled in the bottom half of the fourth inning. There was one out because Brandon Marsh had grounded out. Anthony Rendon lined out for the second out. Jared Walsh got one right down the heart of the plate and homered to score three. That was it because Jack Mayfield grounded out to Ji-Man Choi.

The fifth inning came around with Syndergaard still on the mound, having only thrown about 71 pitches. Mike Zunino singled. Wander Franco contributed a one out single. Ji-Man Choi came up with two on and two out. fortunately he grounded out to second. The bottom part of the Angels order once again went three up, three down. Still 3-1 Angels.

Manuel Margot singled to lead off the sixth inning. Thor now had thrown 91 pitches. Margot stole his second base of the evening and was replaced by pinch runner Taylor Walls. Ryan Tepera came out to face Randy Arozarena who struck out. Brett Phillips was out on a fly ball to Jack Mayfield. Brandon Marsh singled to bring up Mike Trout with one on and no outs. Trout homered to make it 5-1.

Shohei Ohtani homered on the first pitch he saw to make it 6-1 Angels.

Anthony Rendon walked on five pitches to bring up Brandon Marsh with one on and no outs. He struck out. Oh well. Jack Mayfield grounded out and Tyler Wade hit a fly ball out to Brett Phillips. 6-1 Angels.

Aaron Whitefield came in to replace Jack Mayfield in right field for the seventh inning. Ryan Tepera struck out Mike Zunino and Brandon Lowe before giving up a single to Wander Franco and walking Yandy Diaz on four pitches. It was time for Aaron Loup. Harold Ramirez pinch hit for Ji-Man Choi and he singled to make it 6-2. Taylor Walls reached on a fielders choice and, together with a Tyler Wade error, this resulted in another Tampa Bay run. 6-3 Angels. Thankfully, pinch hitter Fransisco Mejia made the third out to end the Rays scoring threat. Chad Wallach singled and Andrew Velasquez reached on a four pitch walk(!!!) Brandon Marsh reached on a deflected single to load the bases. Calvin Faucher walked Mike Trout on another four pitches to drive in a run. 7-3 Angels and no outs. Shohei Ohtani hit a grand slam to make it 11-3 Angels and there were still no outs at this point.

Anthony Rendon and Jared Walsh both hit fly ball outs to center fielder Brett Phillips. Aaron Whitefield struck out in his first at bat as an Angel.

Jimmy Herget came in to pitch the eighth inning. the Rays went three up, three down with a couple of strikeouts. The bottom third of the Angels lineup came up once again. The Rays finally replaced Calvin Faucher with Matt Wisler. It didn’t matter to Tyler Wade who took the opportunity to hit a ground rule double. After Chad Wallach grounded out, Andrew Velasquez doubled to center and the Angels had men on second and third with one out. Matt Wisler got a reprieve of sorts. Brandon Marsh popped out to third and the Angels brought in Luis Rengifo to pinch hit for Mike Trout. Rengifo also popped out to third. 11-3 Angels.

Kyle Barraclough came in to pitch the ninth inning. Brandon Lowe doubled to right field. Wander Franco and Yandy Diaz both made quick outs to bring up Harold Ramirez. He lined out to Andrew Velasquez to end the ball game. Angels Won it 11-3.

I could get used to this winning thing.

That was a lot of fun!

This is FUN.
Congrats to the kid.

And Ohtani is heating up.

eh, i wouldn’t go that far. he was locked in for 1 at bat. he’s still swinging and missing quite a bit the last 3-4 games

And for another Halo renaissance statistical fun fact for this year:

During Grandpa Pujols reign of terror the Angels were 197-209 against LH starters. But since his release our record is an impressive 37-23 against starting southpaws.

I sure don’t miss him one bit.

HoF’er but not with the Angels at all.

Calvin Faucher, from Chula Vista and CS Fullerton, gets called up by the Rays and ends up pitching in Anaheim. How did it go, Calvin? Was it everything you always dreamed it would be? Bwhahahahahaha(cough)hahabwhabwhaha!

Such a great time at the game tonight! Barely had time to celebrate Trouts HR and then Shohei hit his bomb! LTBU! 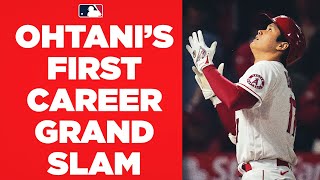 I know it’s still early in the season, but it’s so much better watching Angels baseball in April and May and not be miserable!

Are we all having fun yet? 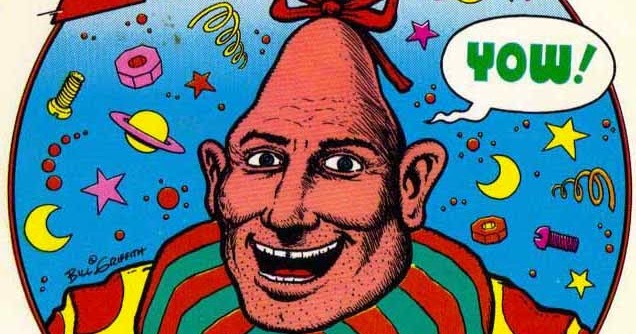 Have I not said from Opening Day (Actually prior to that) that this team was special and that the playoffs was where we were headed? There was something special taking place during the short Spring Training. This is a very special team. Each day someone post that they are becoming a believer. Jump on board.

The Angels are the best worst best team evah! Obviously the Rays are crap. Anytime this horrible team of scraps beats a team it only shows that that team is overrated. If we aren’t careful we may show how lots and lots of teams are crap cause the Angels are crap who beat the crap out of crap.

Beating the crap out of them with shit kickers and a White Cowboy Hat!

That was soooooo fun!!

Yep. And the haters like 2002heaven and cuda cannot say that we beat up on a bad team.

The Rays are certainly not a bad team. In fact they are one of the better pitching teams in MLB (they are 6th overall in WHIP) and we hung 11 on them. Even I was surprised by that offensive explosion.

OK, I haven’t seen the post game before… who are the post-game broadcasters?

Kinda surprised you asked this, tbh.

Well, Gubi hadn’t shown up. And was Patrick on the post-game in past seasons? So I had no clue.

Oh and Red: The guy on the video shown below is not a regular on Angels TV broadcasts. At least not yet

Kent French has been there forever now, but fair enough.

Hire this man as a mascot!

I cant quite make out the name on the uniform back.

He’s made it on the post game set for an interview! Classic!

Probably a spot on Angels Weekly

With our outfield defense, maybe a roster spot.

But can he pitch?

Can hit and play Short?

Hit or play Short. They’re not allowed to do both.

Orlando Cabrera? Thats debatable. I think I would have rather kept the Ecksman

OC may not have had the most talent at SS, but he played the most INTELLIGENT SS I’ve ever seen. Lots of baseball smarts.

with this team having 9 middle infielders on its roster, we can keep both.

Adell is in Salt Lake because he cannot make that catch.

With the god awful periwinkle uniform and still makes the grab. That guy next to him did not even move a muscle.

I thought it bounced, and he picked it up off the ground.

Agree about the periwinkle unis. I never liked those things. The red/white look we have now is beautiful. The change was lucky as well ; first year in new unis we won it all !

The Win Train Engine is getting fired up.

Something special about this team. It’s not just a hot start.