Genevieve Beacom threw a scoreless inning in her first professional appearance for the Melbourne Aces. Here is a look at what she did.

Things appear to be firming up a little bit about what everybody’s role will be on the 2022 Angels coaching staff. There’s still no telling about Adam Eaton, though.

The KBO remains quite active in signing away talent from the ranks of what might have been major league players. The Doosan Bears are close to re-signing Jose Miguel Fernandez. Meanwhile, the Kia Tigers have signed left handed pitcher Sean Nolin.

Former interim General Manager of the Mets Zack Scott was found not guilty of drunk driving.

I guess this kid kind of hit the jackpot. Young people still can get a thrill out of baseball, even in these rather grim times.

The New York Mets need a bench coach for their Dominican Republic academy.

The Boston Red Sox need a major league Strategic Information Assistant. It’s probably getting harder and harder to sneak into the video room.

I just dropped in to say that even though I don’t post very often, I really appreciate this community, and all the hard work of the writers, the spirit of the daily commenters, and the principle required to ditch the mothership when they did you wrong, and do it your way. I love the Angels, and I love those who love them. Thanks for what you do. The end.

I was just thinking last Thursday that it would be a really lucky break for the Angels if Ty Buttrey wanted to come back and he could still spin it at 102 MPH and we got a cheap surprise leverage pen arm out of nowhere.

I totally manifested that. I should be on Oprah.

Maybe sometime you could start thinking about me winning the lottery.

Either that or The Psychic Friends Network. Hopefully it turns out better this time.

I’ll be the contrarian today.

I’m not afraid to say that I like Vin Scully. When Angels played the Dodgers I would watch their broadcast instead of ours. You know, back in the olden days when you could watch the Dodgers and Angels on TV, on channels right next to each other in the guide.

Hope I don’t get banned for this 😬

We did the same thing, Mia. We always learned things about our players from Vin that we didn’t know.

Dude was asleep at the wheel at a traffic light and refused a breathalyzer and was found not guilty?

Must be nice to have Cohen’s money and power to bail you out but next time it happens he might be asleep as he hits people.

Sometimes it is better to pay the piper and learn from your mistakes.

And then you watch a poor mother get years in prison for enrolling her kid in a school out of her district.

Well his whole baseball career was gone in a flash. Hopefully that will be enough motivation to never get behind the wheel in that state ever again.

This thread needs some more traffic. Maybe I should mention again how much I hated Vin Scully. 😉

I’ll add to the controversy by joining my opinion to yours. If for some reason my wife and I watched a Dodger broadcast of a Dodger game, Vin Scully had to go on mute. His narrative style might have been suitable for radio, but it was aggravating on TV and as he aged his voice hurt my ears.

His call on Gibson’s ’88 World Series Home run was pretty epic. But you’re right Vinny got pretty boring after awhile. But was it as annoying as Ross Porter?

Also, I hate this baby. Sure, at first he looks cute, but I’ve met him and he’s an asshole. He’s totally self-centered. He’s lazy AF and just expects everyone to do stuff for him. He demands that life just makes him happy, probably because of patriarchal white privilege. He is not vegan. And he’s physically abusive, constantly waving his fists around and spitting on people (no mask…. of course). It’s men like this that make me truly afraid for America’s future.

But at least he doesn’t spend all day everyday trying to put lipsticks on a diseased knife wielding tattooed pig the way “Vin” did for two hundred years. 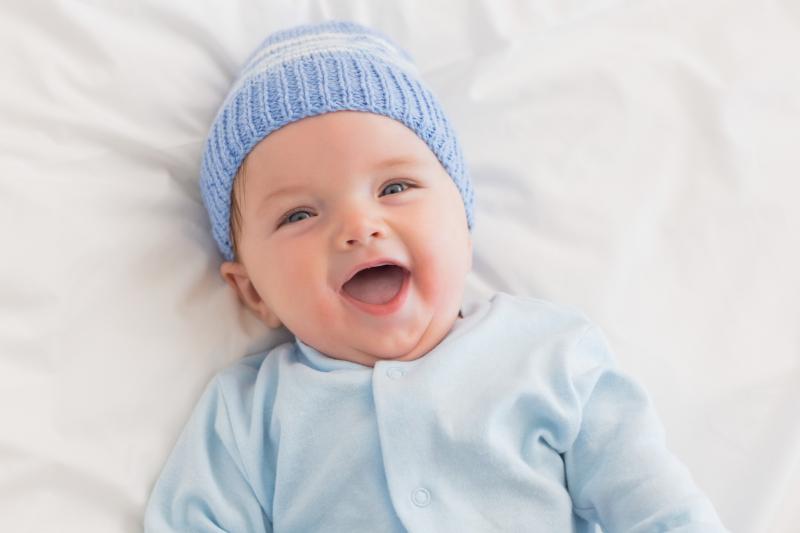 But can he Pitch?

I liked Vin. I always noticed how during the freeway series he’d tell stories about Halos players that I’d never heard before. Perhaps he just had the best research team in the biz.

I always preferred to watch the Dodgers broadcast to hear what he had to say about our team.

Did he actually manage to get the Angel’s players’ name right when he told the story?

If he did, it didn’t stick with me. I was more interested in the content of his words as opposed to the way he pronounced Guerrero.

Yes Vinnie’s story about the Angel catcher throwing to first base on a stolen base attempt was a classic.

Hey! Nobody — but NOBODY — stole first base against Premium!

That baseball card thing was fun but why am I skeptical that was a setup for social media? Okay that was good son but act a little more excited next time….

The card was backwards son…

Way to go Genevieve! Women’s baseball is VERY popular in Australia. I’d love to see more of that here but a lot of good female players get pushed to softball for college scholarships.

And some of us don’t even get the scholarship 😢

How popular is women’s baseball compared to cricket in Australia? I’m curious whether Australia has the same social issues as the U.S. with the difference being cricket/baseball rather than baseball/softball.

Of course, that doesn’t take away from Genevieve’s accomplishment or her excellent pitching.

I noticed her fastball sits at 80 to 84 MPH. Hey if that worked for WTY in MLB maybe it could work for her too!

Most of them are 89+ mph, but she’s what, 17? She could probably put a few mph on her fastball in a trip through the minors and if she’s got everything else, MLB is within reach.

Question of the day – will MLB start before or after KBO starts?? At the rate they are going I think we’ll see KBO baseball first (April 2nd). MLB is supposed to start 3/31.

I’ll be shocked if the first MLB game occurs before June 1st.

Everything Manfred gets involved in generally turns to s#%t, so you could very well be correct.

Is this the most exciting Angel news of the weekend?

That was really cool!

Especially with Larkin in that clip. He put down a really ugly and blatant cross check in the Kings game.