Marsh, the Angels most MLB-ready prospect has been on a tear in Salt Lake the last couple of weeks. He was held out of the lineup last night, leading some rumblings in the Twittersphere about a call up.

Brandon is riding a 12 game hitting streak since returning from the IL and slashed a ridiculous .417/.482/.792 in July. He’s had 7 multi hit games during his streak with three doubles, three triples, and three bombs.

Marsh was also at the Angels facility in Tempe for a while but hit there as well.

The team has officially announced it. Kean Wong has been sent down.

Hope they give him a long leash and lots of ABs. The team seems destined to play itself out of contention with these poor showings vs. division rivals. Would make sense to jumpstart Marsh’s big league baptism for a productive 2022

Trade him for a washed up middle reliever before its too late. 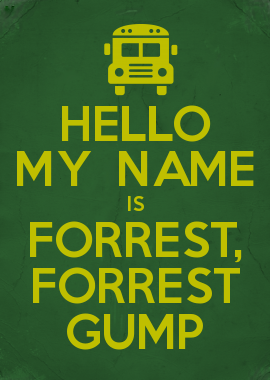 It’s always exciting to see these young guys get their chance. Hoping like heck that he makes his mark and and forces a lot of playing time.

Fitting, called up Jesus Christ on a Sunday. While he bears some resemblance, let’s hope his performance is godly.

headed to the park. nice!

Gosh. After our anticipation for Jo and then the reality, we shouldn’t expect all that much. But I’m excited and want to see him out there

At this point, I feel Marsh is a better prospect.

can put a blank in there and it would be valid:
Gosh. After our anticipation for ________ and then the reality, we shouldn’t expect all that much. But I’m excited and want to see him out there

It’s usually the ones with lower expectations who do better, like Fletcher, and now hopefully Marsh.

Remember this night well. Don’t f-k with the Weaver!

Even if you are the GOAT

Nope. Trout did it

Finally. I hope that Rengifo goes away.

I see he is still there, wasting space. How about bringing up Detmers too? There are many other worthy DFAs on the SP roster.

Just saw that. I am here at the stadium so I’ll see his first game live in person!

I am WAY higher on Marsh than Adell.

He’s the natural leadoff threat the team has been waiting for. And I say that will all admiration for what Fletcher has been doing.

Would you say he provides above average defense?

Certainly. Can play all three OF positions, native centerfieder, but has the arm for right, at least typically (he’s dealt with shoulder issues for a year).

But he’s also aggressive, and makes youthful errors of aggression. And as he plays all out, he gets injured often.

Awesome, how exciting to see Marsh get the call! Thanks Turk!

He was born in centerfield? Now that’s a baseball family.

Totally agree with you.

Only because we had that Adell experience. But Jo is also doing well at SLC and will be back

I’m too GA to look, but he feels like a HR/K only who can’t field his position. The MLB visit exposed that.

i thought he was truly 5-tool with high K rate. but your assessment is like what happened.

Bit of a spoiler, but Marsh is tomorrow’s Prospect of the Week in the farm report.

Across that 12 game hitting streak since returning from the IL in July, he’s hitting a cool .417/.481/.792. Three doubles, three triples, three homeruns. Playing exclusively CF when on the field.

Hit in Arizona, hit in Salt Lake, hit in Tacoma on the road – so not park or league dependent. He’s just on fire at the moment.

Really excited for his debut. Hope he can continue to perform and stick in the MLB. Another lefty speed/power threat up top, with good plate intelligence, is a nice luxury to have.

You called this move earlier in the week. When the Halos signed Eaton, I thought this would mean a September call up for Marsh. I like Marsh in center vs lefties or right with the Gold Glover in the pine.