Angels lose a heartbreaker in extras.

Ohtani returns to the mound and started the day strong with a perfect first inning this time on only 8 pitches. The second inning was tougher, walking the first three batters. He almost got out of it without damage, striking out the next two batters before the ump missed a call and walked in a runner. Ohtani then walked another runner in and was taken out. He ended with 3 strikeouts, 5 walks, and 2 earned runs in 1 and 2/3 innings.

Jose Rodriguez took over and finished the 2nd and pitched the 3rd. He lost the no hitter and was wild like Ohtani. But he didn’t give up any runs so he was put out there in the 4th and lasted only one out before being pulled.

Cam Bedrosian relived him and finished the 4th unscathed. He came out for the 5th but didn’t record an out in part due to Taylor Ward losing the ball in the sun and also walking a guy. Hey

Hoby Milner took over for Cam and got out of the 5th cleanly. He only needed to face 2 batters and covered 1B in an impressive double play. His ERA is now at 3.86.

Middleton pitched the 6th and allowed only one hit to keep the lead. He came out for the 7th and gave up a home run to Bregman. he gave up a double and was pulled after only one out.

Mike Mayers came in for Middleton and got out of the 7th without any more runs allowed. With a 4-3 lead heading into the 8th he went back out there to face the bottom of the order. He only got 1 out before being yanked.

Ty Buttrey got the ball with one on one out in the 8th, up 4-3. After a double play was foiled by a bad throw it looked to unraveling. But Buttrey got a ground out and Rendon made a nice play to hold the lead.

Offensively the Angels had their first opportunity to score right away in the first. Two on one out for Justin Hot Pocket Upton. He struck out. And Goodwin grounded out. Walking Angels doesn’t lead to runs, TrAdition! Second inning another walk another no runs inning. Third inning looked to be the same as well, with walking the bases load.

But then the Old man Albert Pujols actually pulled through and hit a Grand Slam. Suddenly it is 4-2 Angels and things are looking up. However the rest of the game saw very little in terms of offensive might. Rendon got a double, and some more walks were given, but the team didn’t score in the 4th, 5th, 6th, 7th, and 8th.

Bullpen blew it in the 9th, then in the 10th, then the 11th. Angels triple Buttercupped.

The site works well in mobile too

Here’s a message to the Houston Astros 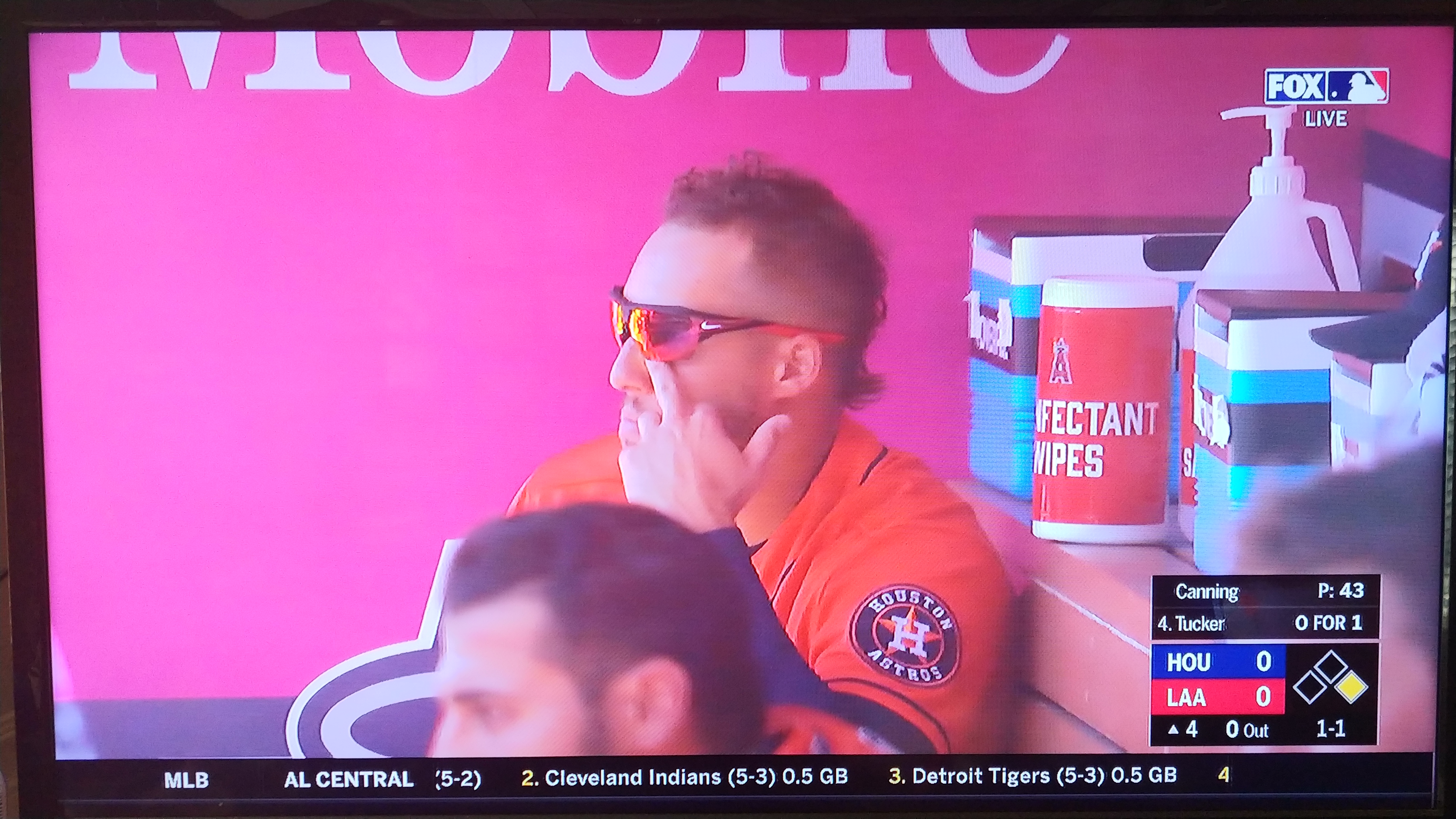 Last edited 1 year ago by eyespy
4

It terms of Shohei, it show be noted that TJS is only successful in 4 out of 5 patients and only two thirds of pitchers are able to return as they were or better. Shohei may not return to pitching, at least as a starter. Learning to play another position such as left or even first has to be in his heart and if not then he will have a short career possibly. I would like to add that l have been an Angel fan since opening day 1961 and gone through it all buy 2020 is the strangest season so far no doubt. To remain a fan of this team takes a positive attitude or you will burn out on the team. When they complete a win with a comeback it is rewarding and a downer when they don’t come back especially when the pen falters protecting the lead in late innings. But then l think about Grand Slams, good pitching and base runner along with big catches. The team keeps trying no question, but l do sound off on the architect of this mess of a team. We will win tomorrow even if it’s for BAT. Come on now, BAT, you Bat, Beckham Aaron Trout, see BAT..

I would give Shohei at least a little more time before writing him off as a starter. I’ll send you a link, but there was a lot of similarities between his 2018 spring training and his first two games this year. 2018: 2.2 innings 27 era; 2020 1.2 innings 37 era. During both he was sitting 92-94, touching 97. From my point of view, he probably got too overworked with 40 pitches in an inning while still stretching himself out And thats awesome about 1961! Some of my favorite memories are watching baseball games with my grandparents who have been Angels fans since the start. They would both talk about the times they had season tickets when Nolan Ryan was still doing his thing.

Yeah, this update to the comments section looks great.

Okay – anyone want to give instructions how to attach photos and gifs? 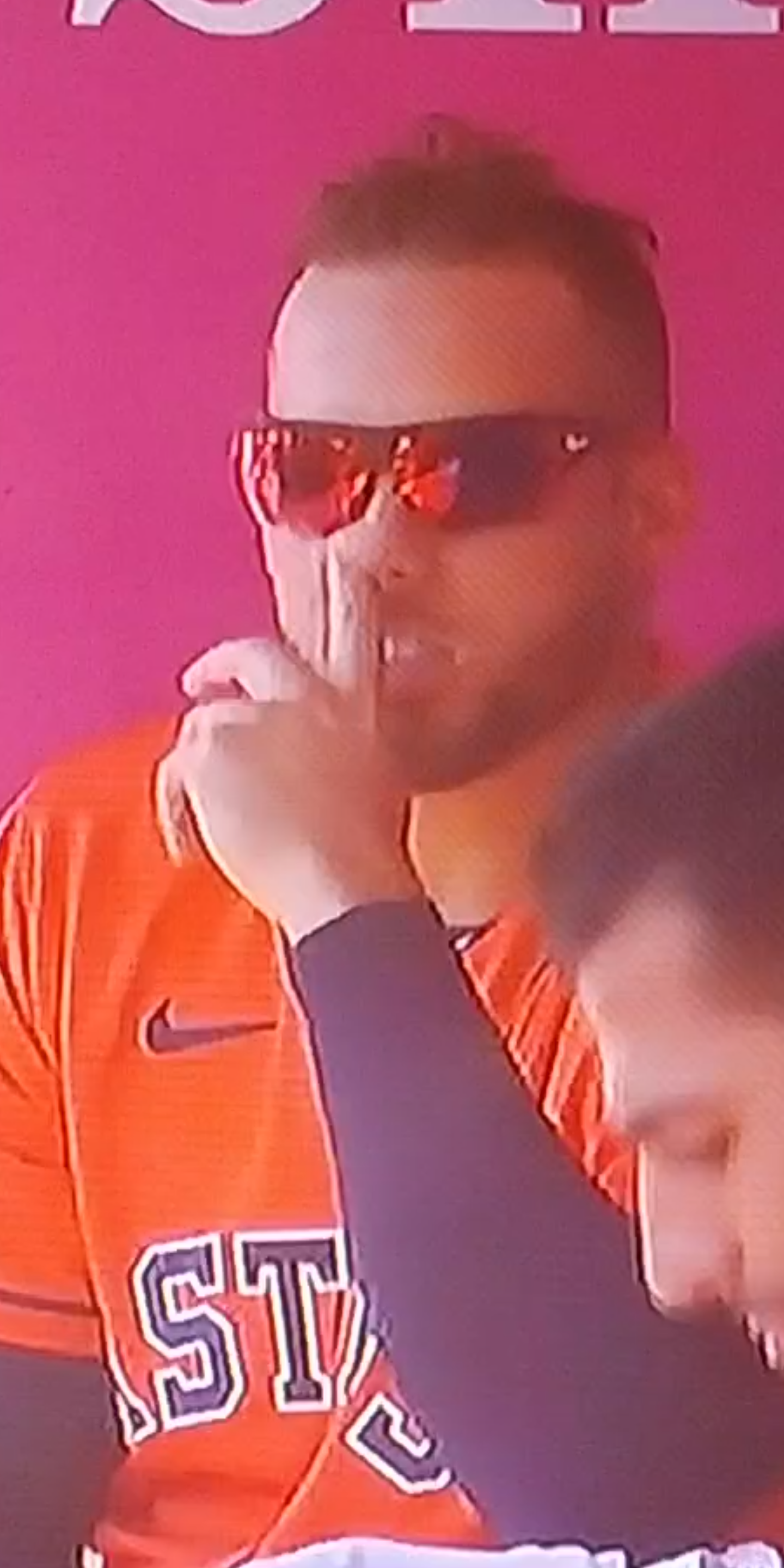 Yeah, that’s all the positivism I have for now.

We need to find some positivity somewhere!

Trying to figure out how to post a .gif. Or is it just photos?

I am loving the new comments layout!

looks like it needs to end in file format .gif .jpg .png etc.

<blockquote class="twitter-tweet"><p lang="en" dir="ltr">Angels owner Arte Moreno called Mike Trout to tell him to take as much time as he needs to cherish the birth of son Beckham Aaron Trout, and Mike took 1 extra day, which is why he was moved from paternity to restricted list. He’s flying to meet team in Seattle tomorrow ✈️ ✈️ ✈️</p>&mdash; Jon Heyman (@JonHeyman) <a href="https://twitter.com/JonHeyman/status/1290111066773417984?ref_src=twsrc%5Etfw">August 3, 2020</a></blockquote> <script async src="https://platform.twitter.com/widgets.js" charset="utf-8"></script>

Last edited 1 year ago by eyespy
4

didn’t jon heyman used to be a villain in old WWF back in the early 90″s?

You have the comment counter on the left, sometimes a little yellow circle will pop up telling us that there are new comments to be read. Clicking that, the first time, brought me to an unread comment. Since then, it won’t do anything, but I get loading(?) bars on the right side just going at it for some time. Very happy with the improvements, bugs are sometimes cool.

My circle is orange

try looking at it upside down

refreshing the page made that go away.

If you post an image link it will translate to an image in comments
Remember – No pics in Gamethreads!

Cool. Looks like we are still having issues with needing to reload pages to comment to work properly. I tried to reply to the image posting test comment, and my comment ended up on the top of the page.

about Shohei: I seen the discomfort during the first outing. I’m thinking it’s due to swelling of muscle or scar tissue, but swelling. The swelling restricts the movement of, I’m guessing, his ulnar nerve. Which can cause pain from the neck down the arm into the hand. Possible tingling in the arm/hand where it doesn’t hurt. Possible numbness in the pinky, ring and half of the middle finger. Making it hard to grip items.

Because of that, Shohei was basically trying to throw a circle change gripped ball, at fastball speeds. And with the bad grip, he needed to change his delivery. That is why his delivery slowly evolved to what looked to me a knucklballers.

First game. Warmed up hard, pumped up to start again, swelling was there(he knew about this from whenever he started tossing after the surgery) didn’t do to well at all.

Second game. Took it easy during warm ups. Things looked good until the swelling in the second inning. He tried to stay in the game(FIGHTTO!! GAMBARE!!! GATSU OHTANI-SAN!!!) the dude is a gamer, maybe is thinking his days on the mound, and playing two way are over. Devastated, he motors on. This is something that can effect is batting too. Will need to be cut again to relieve the pressure, and let that nerve move with his arm. Possibly done.

Angels and losing badly while getting more injuries. TrAdition

Even though it looks like Shohei has some arm stuff going on, Danny Vietti did a decent quick-breakdown of Shohei’s mechanical issues: https://twitter.com/DannyVietti/status/1290036677247787008?s=20

I hope Danny is right, but you have to remember, Shohei has been pitching off a mound since before he was eating solid food. He knows what a perfect delivery feels like. His muscle memory is tops. He wouldn’t just change his movement to the plate just because he is a little rusty. He would only change things if something is wrong.

The image shows him on the Japan National team at 19 or 20. His top looks like him on good pitches. His bottom looks like that because he was just over powering high school kids up until this point.

There is more to this than bad mechanics. The after effects of the surgery, and Shohei scared and keeping a secret.

Last edited 1 year ago by eyespy
1

Man, I hope you’re wrong. Hoping for the best at this point.

me too, but you can just see it when you rewatch the second inning. He hid it better in his first outing, but he kept tugging at his sleeve, and bobbing his wrist touching his fingers.

Your response poses the question: if Shohei knows what a perfect delivery feels like and has such good muscle memory, why was he missing the strike zone so much? If he had anywhere near perfect mechanics he shouldn’t have missed at all. Perfect mechanics = hit spot.

His arm hurts like a mo fo, but not like he tore anything. It still moves, but there is not comfort position, it just hurts all the time. He is competing, he wants to be a starter, his body is failing him, he is scared, and just trying to get it done.

In Japan he wore the number one on his uniform. He didn’t choose it. He didn’t earn the right to choose it either. He was given that number one by the manager to carry his team, school, prefecture, to be national champions. Then he became a National Hero. His job is to pitch, not to disappoint, and he tried not to today.

Very well-stayed spy. You capture the nobility of the Japanese mentality; quiet fortitude, persistence, commitment, and above all sacrifice for the greater good (in this case not country or prefecture but TEAM).

Your analysis of the whole Ohtani situation is top notch.

Everything is hopeless. Prove me wrong.

There is 83% of the season left to play still! Lot of baseball left.